What would happen if a star passed through the barycenter of two binary stars?

I was doing some research on Alpha Centauri A and B, and thought to myself: 'What would happen if something passed directly through the barycenter of these two stars?' I may theorise that a passing star will offset the barycenter with its gravity, sending the two stars in whatever direction it would go. I am not certain about this, nor am I certain that anyone has the answer. But if they do, please answer, I'd really like to know!

If we assume the binary pair have equal masses, then by symmetry a star passing through their barycenter at right angles to their rotation plane will not change their symmetry.

I did some simple simulations where a star with mass 0.1 flies through a binary in an originally circular orbit.

The first case is with an interloper moving at speed 20. It passes through, losing a bit of momentum to the binary, that now moves slowly in the same direction. 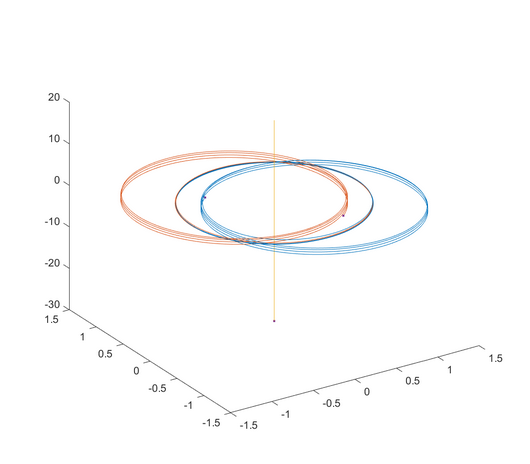 The second is an interloper moving more slowly, with speed 1. Now the binary moves along more, and the interaction causes a quasiperiodic oscillation in seimajor axis. 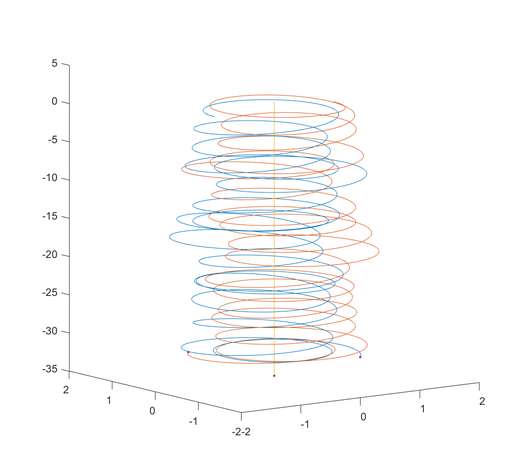 Just dropping the interloper with zero velocity makes it bound to the binary, oscillating back and forth, driving complex quasiperiodic or chaotic motion. 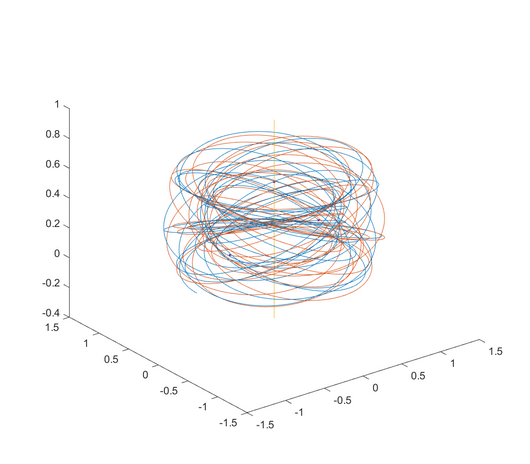 It is possible to make the pair scatter by throwing in a sufficiently heavy interloper with enough momentum that first drags the binaries close, transfers enough momentum to unbind the system, and then passes along. 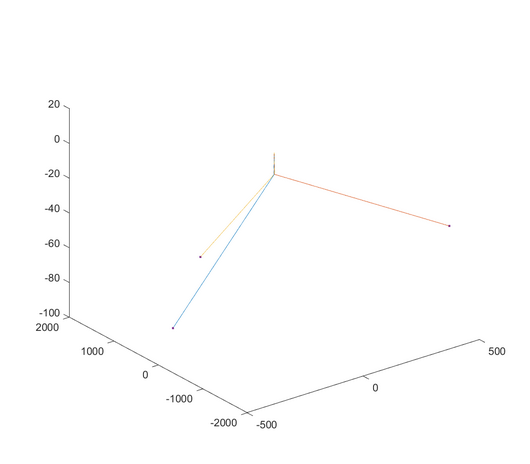 Of course, if the direction is not exactly symmetric things can turn messy. Note that there are non-chaotic solutions too. 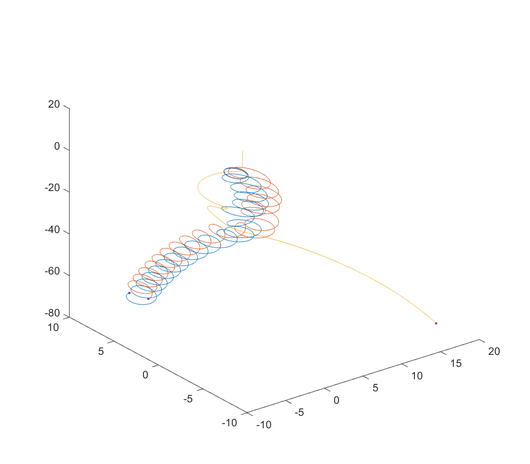 To sum up, interlopers can deposit energy and momentum, split binaries, or create chaotic tangles. But it is not the barycenter that is the important part.

No, a star passing through the barrycenter or anywhere between the stars or nearby wouldn't send the stars flying away nor would it cancel out anything. The effect would depend on how large your passing through star was, how fast it passed through and from what angle it approached, that is, how close it passed to each of the Alpha Centauri stars.

How much of a kick or push it gives each object would depend on the relative direction, speed and distance and the gravitation or mass of your passing star, so it might pull the stars closer together, it might push them father apart, but in that would just be adding a vector to the motion of the stars that was already present.

If you imagine all three stars have similar mass, which would be a normal thing to assume as a first approximation, and assuming the incident speed is larger than the orbital velocity (it likely would be, because it is getting pulled in), then the interaction would seem to be likely to happen with one of the stars in the binary, moreso than the other. So for a short time, those two stars would behave like two objects undergoing "Rutherford scattering." It would indeed depend sensitively on the details (especially the incident angle), but it does seem pretty likely to me that it would disrupt the initial binary. It's possible that the interloping star could even grab one of the stars into a binary with itself, leaving the other one behind, but if the star comes in fast, it seems pretty likely that the original binary will at the very least be made highly eccentric, and quite likely disrupted altogether. But yes, there's no substitute for an orbital simulation.

Now, it occurs to me you might be imagining the third star comes in along the axis of the original binary. In that special case, the incident star would have no effect at all if the original binary had two equal mass stars in a circular orbit-- it would simply speed up the whole initial binary toward it, and then return it to its original movement after it passes. But it wouldn't leave the stars moving-- it would erase its effect as it leaves, and all that would linger is an overall shift in the location of the barycenter. But it's a very special case there.

10
What would happen if a body were to fall into a neutron star?
6
How can we know the nature of the companion in a neutron star binary?
3
What happens if two or three stars collide with each other?
1
What would we see if all stars disappeared simultaneously?
3
Can a binary star optically “orbit” a planet?
6
Is it possible for two stars to be in a horseshoe orbit around a much larger star?
4
What would happen if a Sun-like star were to consume a Jupiter-like planet?
5
Why is a giant planet around a tiny star unusual when binary stars are normal?