How did TESS scientists choose which stars to observe at a “2 minute cadence” in each field?

After about 05:00 Dr. Seager mentions that the TESS spacecraft will measure a special set of order 20,000 stars in each camera's 24x24 degree field at a two minute cadence.

How were the stars in each field selected for TESS?

below: From see TESS Operations. Click for full size. 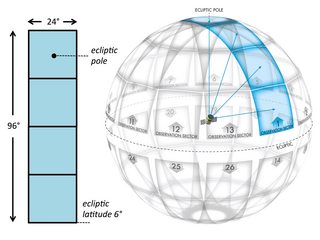 A combination of algorithm and by committee.

The majority of targets are bright, low-mass dwarf stars. The primary goal of TESS is to discover planets by transit, and these targets offer the best chance of that. The way this is done is described by Stassun et al. (2017). This paper summarises how an input catalogue is constructed (from many data sources) and used to estimate a luminosity, distance, temperature, mass and radius for each star. The catalogue is substantially complete for stars capable of being observed by TESS, since it is based on the 2MASS all-sky catalogue.

The candidate target list is designed to meet the priorities of the NASA TESS mission - to find small (rocky) planets in $<10$ day orbits using the transit technique. A subset of targets (near the ecliptic poles) are observed for longer, and there, there is a possibility of finding small planets in longer orbits - up to 120 days. The steps that are taken to prioritise this list are (i) remove giants -- too big for appreciable transits to be detected; (ii) avoid crowded sources -- the TESS point spread function is quite large; (iii) the prioritisation of small stars (which give a large transit signal) and of bright stars (which yield more signal-to-noise in the light curves). The final priorities are artificially boosted for those stars near the ecliptic poles (the continuous viewing zone) and reduced for stars near the galactic plane, where the de-reddening calculations are more uncertain.

However, space in the target list was also reserved for targets selected by the "community". There were a number of working groups setup (by science area - I was in the open star clusters group).

There was then an open call for proposals last September to bid for which stars to include in the 2-minute cadence list. The bids were mainly from the working groups. A committee (of astronomers) then met to decide which bids/targets were meritorious.

Not the answer you're looking for? Browse other questions tagged observational-astronomy exoplanet sky-survey or ask your own question.