Does the Hubble constant depend on redshift?

I know there are lot of questions on the Hubble constant already, but I am curious to know if it changes with redshift? If at current redshift, $z=0$, we know its value to be 0.7, will it be different at higher redshift ($z=0.1$)? If so, is there any relationship with redshift?

For instance, you can solve the above equation at $z=0.1$ and find that the expansion rate was 5% higher than today.

The figure below shows the evolution of the Hubble parameter with time: 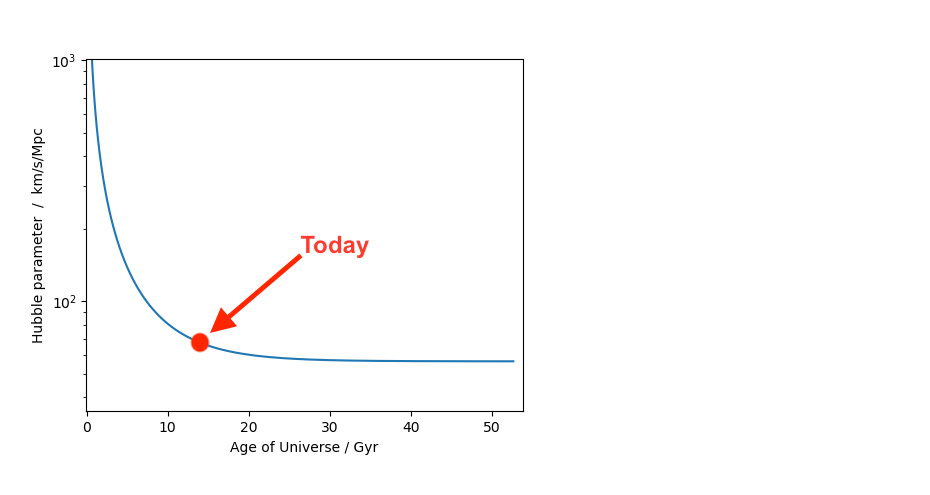 As noted by KenG, the fact that $H$ decreases with time may seem at odds with the accelerated expansion of the Universe. But $H$ describes how fast a point in space at a given distance recedes. Later, that point will be farther away, and so will recede faster. From the definition of the Hubble parameter, $H\equiv\dot{a}/a$, multiplying by the scale factor shows the acceleration $da/dt$: 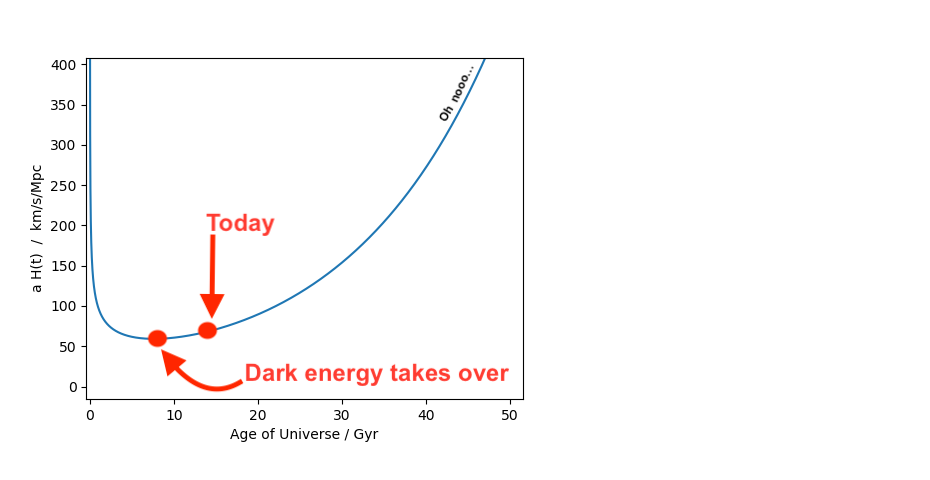 What the Hubble constant really depends on is how old was the universe at the time, but if you have a dynamical model of the universe, you can map that into z and come up with a function H(z). So in that sense, the answer is "yes," but be careful-- we also think of z as a measure of how far away the objects are, and H does not depend on location it depends on age. What's more, the z we get from a given measurement reflects all the expansion, so all the H's, since that light was emitted, not just the value of that H at that z. It would be a bit like if you were using your height to talk about your age, and you look at a picture of yourself at 4 feet tall, and say you were growing two inches a year when you were that tall. That would be like the H that applies in that picture, but the ratio of the height you are now to the height in that picture depends on more than just the rate you were growing in that picture.

(Also-- what do you mean the value of the Hubble constant is 0.7 now? That sounds like the fraction of total energy that is "dark energy," so is more about the rate of acceleration of the expansion rather than the rate of expansion itself. If you are asking about that, then this number has been rising with age of the universe, so can be mapped into a function of z if we are using z to talk about the age of the universe at the time.)

3
Question from Introduction to Modern Cosmology by Andrew Liddle
0
How to calculate how much a galaxy moves from its coordinate at redshift 0 to redshift 1?
4
Are there recommendations to use "Hubble-Lemaître constant" instead of "Hubble constant"?
1
Relationship between Hubble paramater and absolute magnitude
13
The recent results on Hubble constant measurements
14
How is the Hubble constant determined from gravitational waves?
2
Can the Hubble Sphere ever extend over the cosmic event horizon?
1
Could the Hubble Constant be an artifact of the structure, and thus a way to directly measure the universes's age?
2
Observability of proper distance
4
Hubble constant from GW events