Why is cosmological event horizon closer to us than the particle horizon?

The particle horizon marks the region from within which we may have received light. It started out at zero, because light from nowhere had had the time to reach us, and increased as time went by because light from increasingly larger distance reached us. Due to the expansion it will always increase in physical size, but due to the accelerated expansion, there is a limit to the region of the Universe that we will ever be able to receive light from. Today, the particle horizon is 46 Glyr (billion lightyears) away, and the limit — in the far future — is the part that today is 63 Glyr away (but in the far future will be much farther away).

The event horizon can be thought of as sort of the opposite. At any time $t$, it is the distance from which we will be able to receive light. If the Universe contained no dark energy, there would be no limit to how distant a galaxy could be and we would still be able to see it — just wait long enough. However, the accelerated expansion means that an increasingly smaller part of the Universe will be able to emit light toward us with us receiving it, before the expansion carries the photons away faster than they can travel toward us.

At Big Bang, the event horizon consisted of particles that today are 63 Glyr away — that's what I meant by "the opposite of the particle horizon".

The following figure from Davis & Lineweaver (2004) may help explain. It show basically three versions of the same thing, namely how the sizes of various horizons evolve with time. The top panel shows time as a function of physical size, while in the middle panel, the $x$ axis show comoving coordinates, i.e. the coordinates that expand along with the Universe. The lower panel shows not time on the $y$ axis, but conformal time, which can be thought of as the time it would take a photon to travel a distance if we "froze" the Universe. 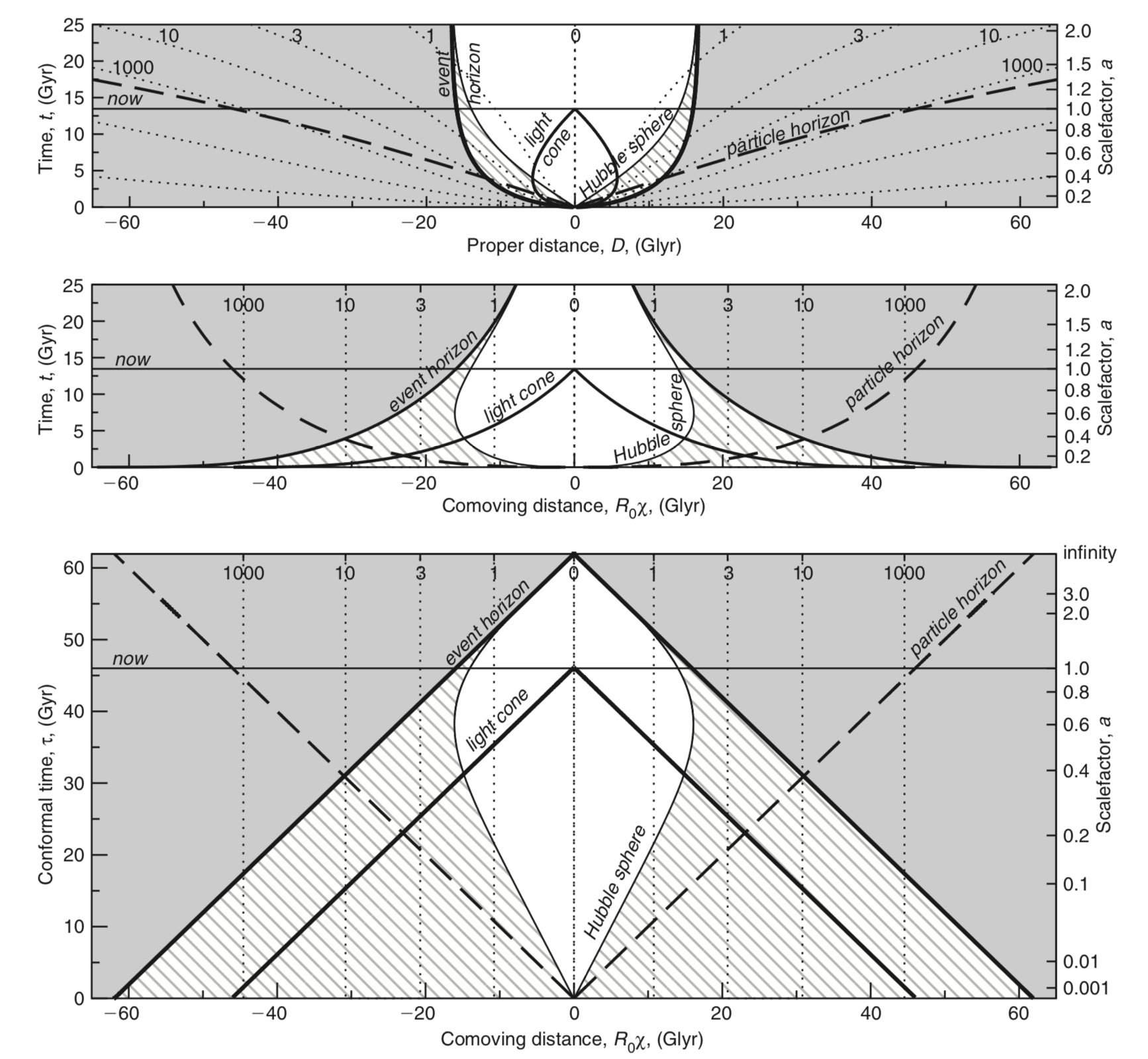 Not the answer you're looking for? Browse other questions tagged cosmological-horizon event-horizon or ask your own question.