Can somebody tell me why the constellations I've marked here have areas that resemble pieces of a puzzle, with very varying width and height and shapes, instead of being logically/evenly laid out on the sky?

Virgo is much bigger than Cancer, for example.

The image is a screenshot from Stellarium.

The constellations are artifacts of visual pattern recognition, many dating back to antiquity. As the stars are distributed unevenly, naturally some constellations are larger than others. Ptolemy catalogued 48 of them around 150 CE. The other 40 were added between 1596 and 1763, either to cover the far southern sky or to fill gaps between the older figures. Ian Ridpath gives a comprehensive history in Star Tales.

The modern constellation boundaries were standardized in the 1920s by an IAU committee led by Eugène Delporte. Their goals were to assign each square degree of sky unambiguously to one constellation, to be consistent with scientific literature already published, and to preserve the traditional figures where possible. Equal size wasn't on the agenda. The boundaries align with the equatorial grid as of 1875: 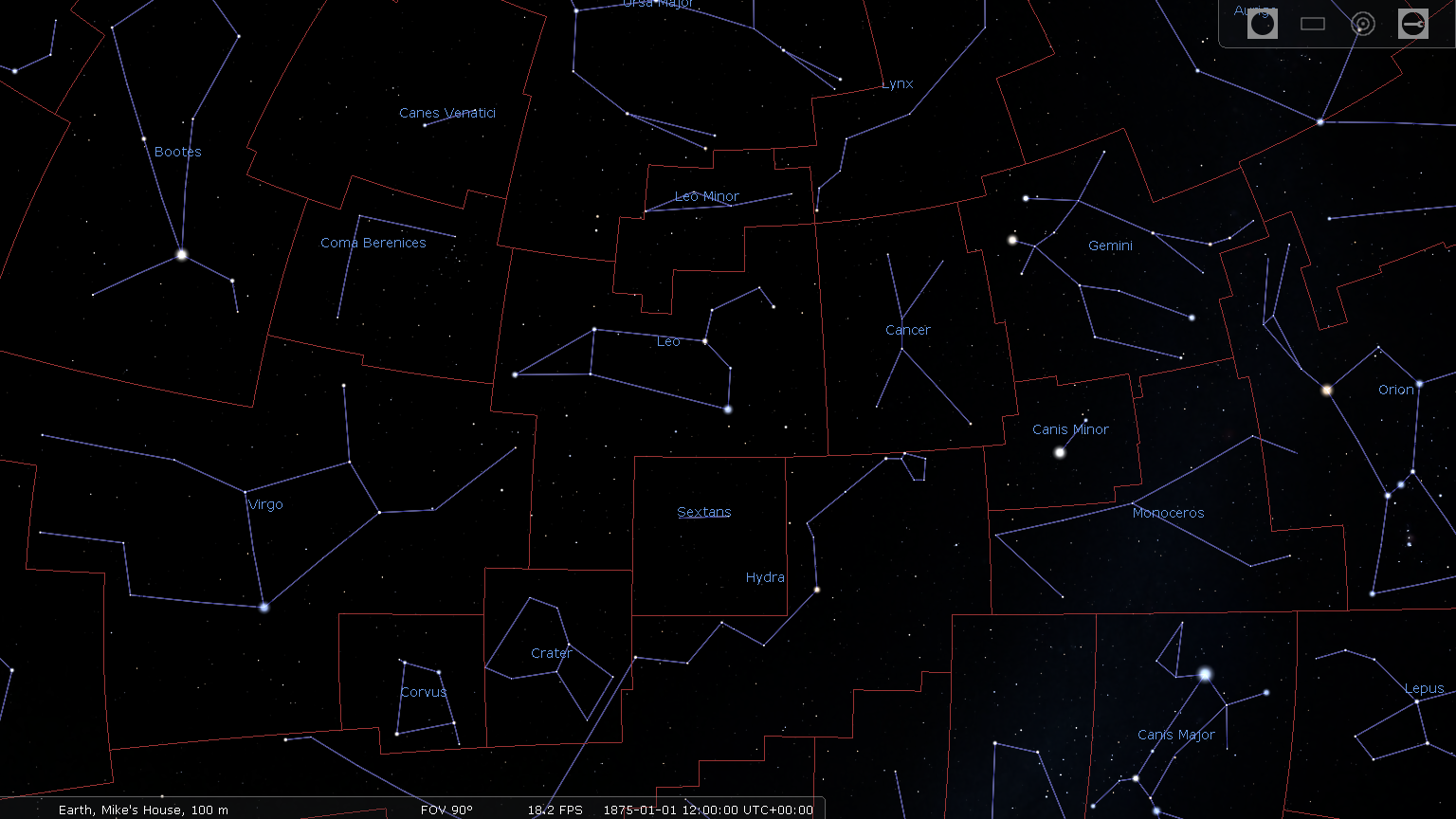 The zodiac of 12 equal parts was invented by the Babylonians around 400 BCE and later refined by Ptolemy. Each sign corresponds to a box 30 degrees wide and about 20 degrees high. It's important to distinguish between a constellation (a visual group of bright stars) and a sign (a uniform box along the ecliptic). For example, Virgo the sign spans ecliptic longitudes 150$^\circ$ to 180$^\circ$, whereas Virgo the constellation is somewhat wider and farther east. In Ptolemy's time the signs and constellations were not far apart: 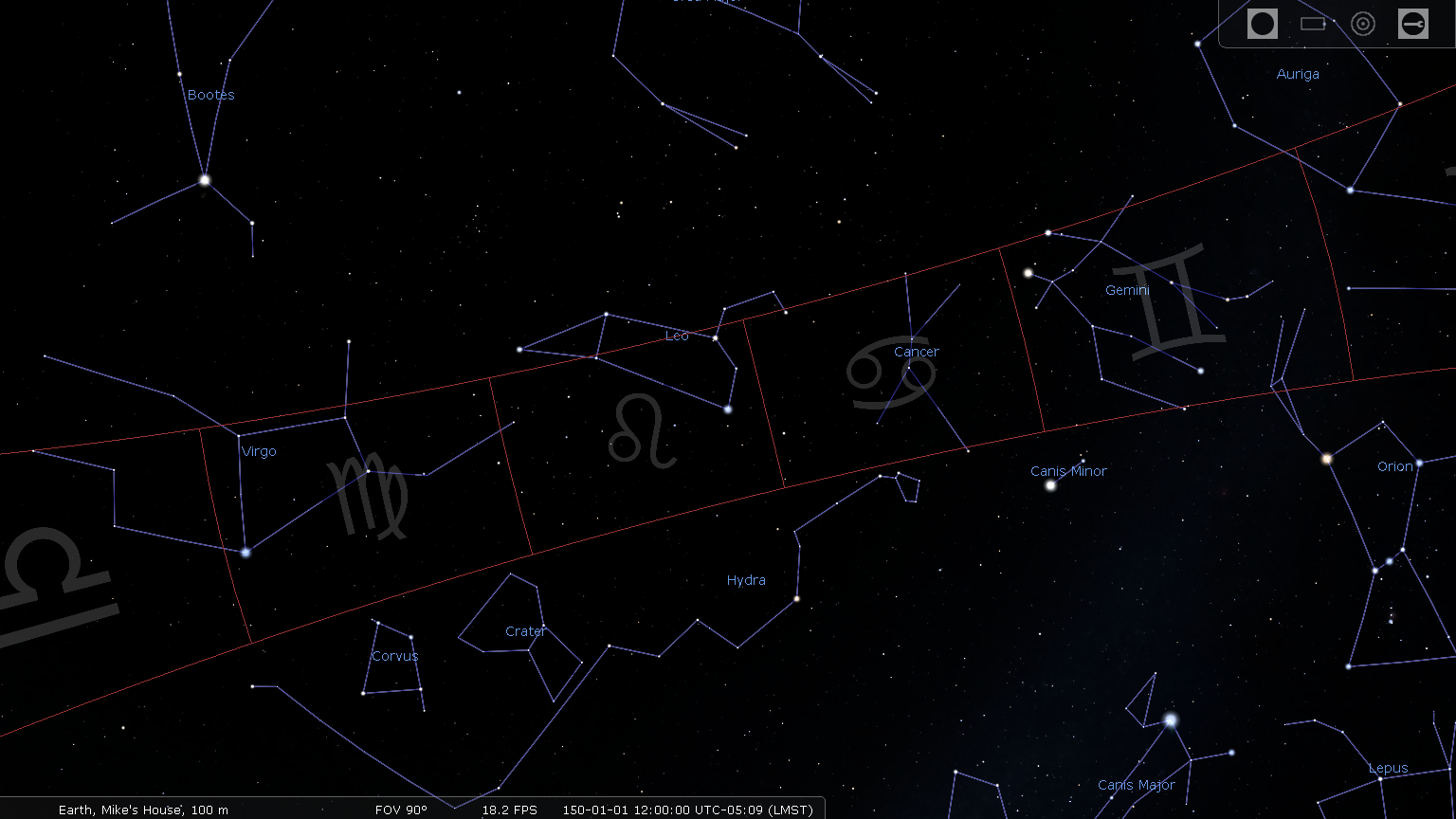 Ptolemy defined the tropical zodiac in reference to the equinoxes and solstices; for example, the boundary between the signs of Gemini and Cancer lies at the June solstice, wherever that may be among the stars. Consequently, precession makes the signs drift westward about 1.4$^\circ$ per century relative to the constellations. In the present day, the zodiac is roughly one sign ahead of its constellations: 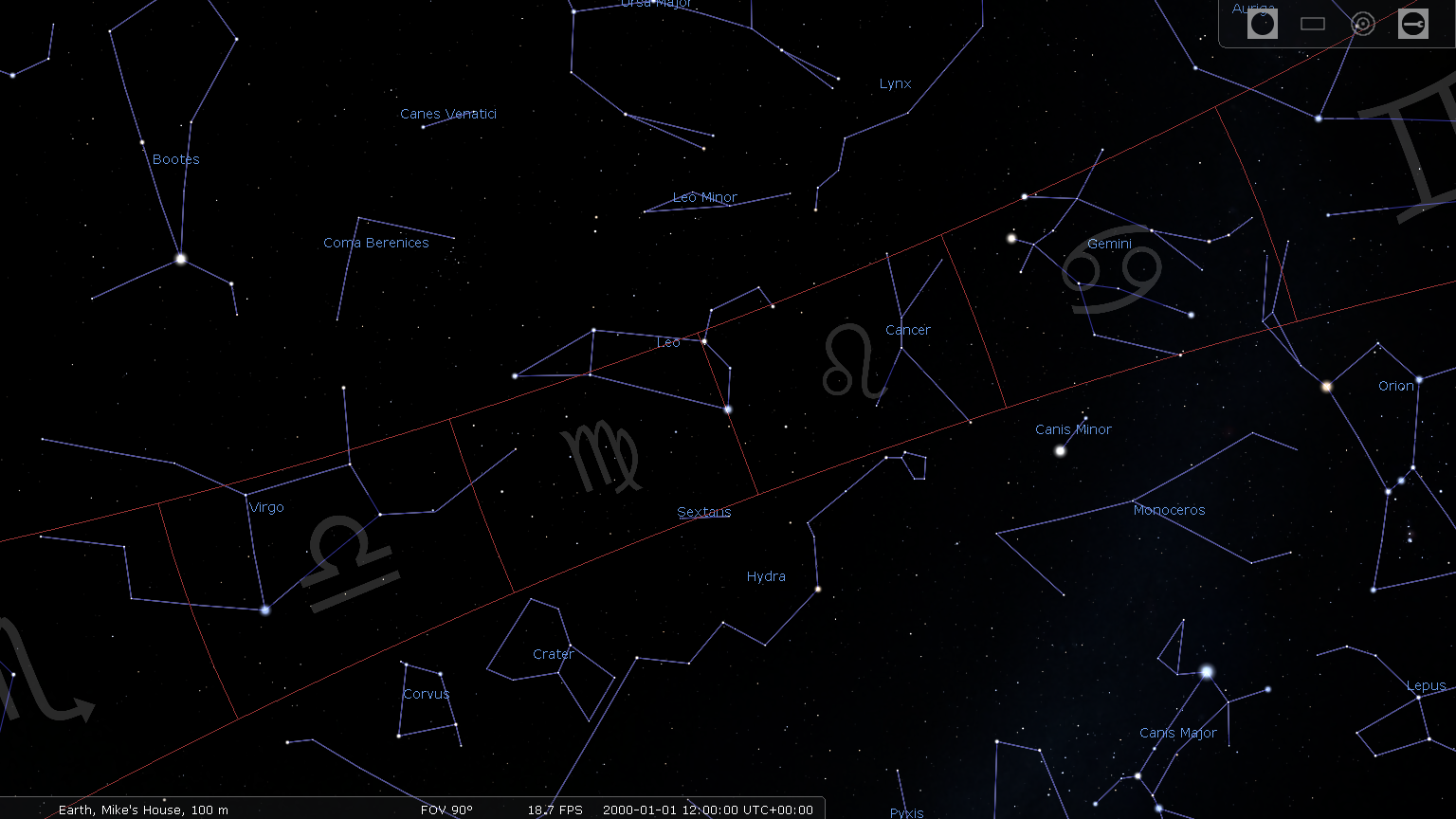 The stars are not logically or evenly laid out, and the stories that are told about the stars did not require even sized constellations.

From ancient times to now the constellations have proved a convenient, if somewhat quirky, way of arranging the sky. Astronomers divided the sky into regions, each named after the constellation it contained although with some variation, for example splitting the claws of the scorpion off and creating "Libra". Astrologers split the year into 12 months based on the general position of the sun. The astrological periods don't match up very well with the actual borders of the constellations. For example, the sun is within the modern borders of Libra between Oct 31 and Nov 22. Whereas astrologers will say that the sun birth sign is from September 23 to October 22.

3
Is the equinox Sun always at the same zodiac sign in the ecliptic belt?
3
What are the RAs of the boundaries between traditional zodiacal signs?