Is there a significant temperature difference on the moon from apogee to perigee or vice-versa?

Do those few thousand kilometers of difference going around the earth significantly affect the amount of thermal energy the moon receives from the sun to warm up its surface?

Also, are there more significant differences between these variables when the earth goes from perihelion to aphelion and vice-versa? 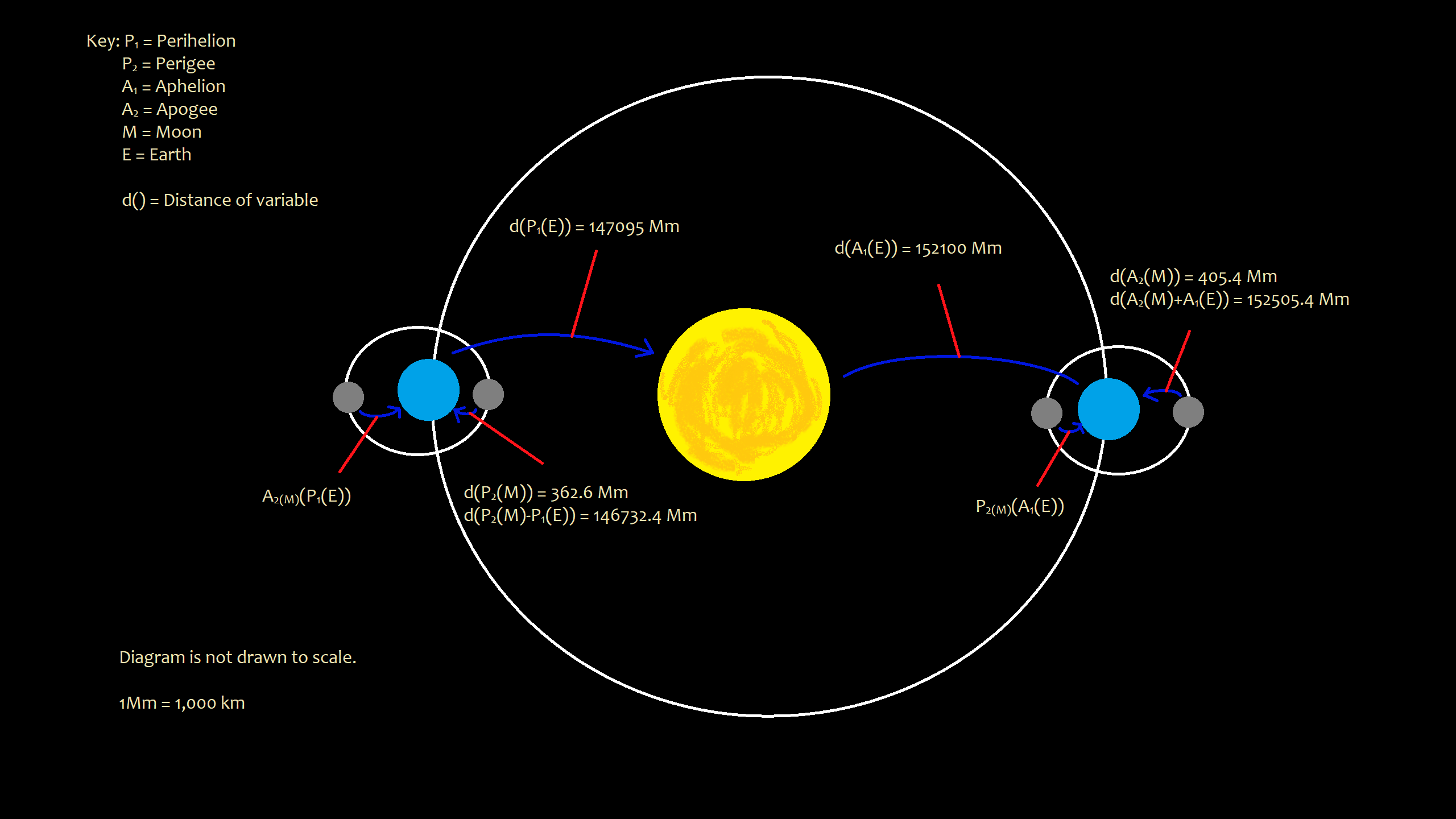 The variation in Earth's distance from the Sun is about five million km, so that's going to have more of an effect than the lunar orbit itself (as Chappo pointed out in their comment). That works out to a variation of about 6.9% in insolation from perihelion to aphelion. The maximum possible variation -- full moon at aphelion versus new moon at perihelion -- would be $((1.521e8 + 4e5)/(1.471e8 - 4e5))^2$, which works out to about 8.1%.

The difference in insolation from new moon to full moon at perihelion is about 1.09%, versus a difference of 1.06% at aphelion.

Not the answer you're looking for? Browse other questions tagged orbit the-moon natural-satellites heat or ask your own question.

16
Why is the Earth-Moon distance not the same at each perigee/apogee?
12
How does the Moon look like from different latitudes of the Earth?
2
Changes of the velocity of the Moon due to impacts from other objects?
5
Why is the difference from a perfect sphere the same for the Earth and the Moon?
2
What would a moon with a six-month orbital period look like from the earth?
3
What would the Earth's peri- and aphelion have to be in order to have the same seasons due to its orbit?