Where can I find source data for the graph of metric expansion over time, as shown in this ESA web page?

This web page from ESA/Hubble, shows the size of the universe over time. (I know that "size of the universe" is a gross simplification and open to multiple definitions and ambiguity, but this kind of graph is roughly what I'm after).

But no source data is cited. This is the closest I can find to what I'm after - where can I find source data to match this graph?

I was hoping a physicist might answer this, as I'm just an enthusiastic armchair scientist whose undergrad calculus was 30 years ago. But as no one else has had a go, let me try an answer.

For the earliest period of the Universe up to about 47,000 years after the Big Bang, the Universe was dominated by radiation. The evolution of the scale factor in the FLRW metric for this period is given by: $$a(t) \propto \sqrt t$$

After that very brief time (in cosmological terms), matter took over as the dominant factor in the Universe for the next 9.8 billion years, and the evolution of the scale factor is given by: $$a(t) \propto t^{2/3}$$

Finally, the Universe in the current period is dominated by dark energy, and the evolution of the scale factor is given by: $$a(t) \propto exp (Ht)$$ where H is the Hubble constant.

In practical terms, if you'd like to generate a graph similar to that in the web page, you can set $t_1$ = 13.79 Gyr (i.e. the current age of the Universe). I found that the first era of radiation domination is so short that it's not worth including in the graph. 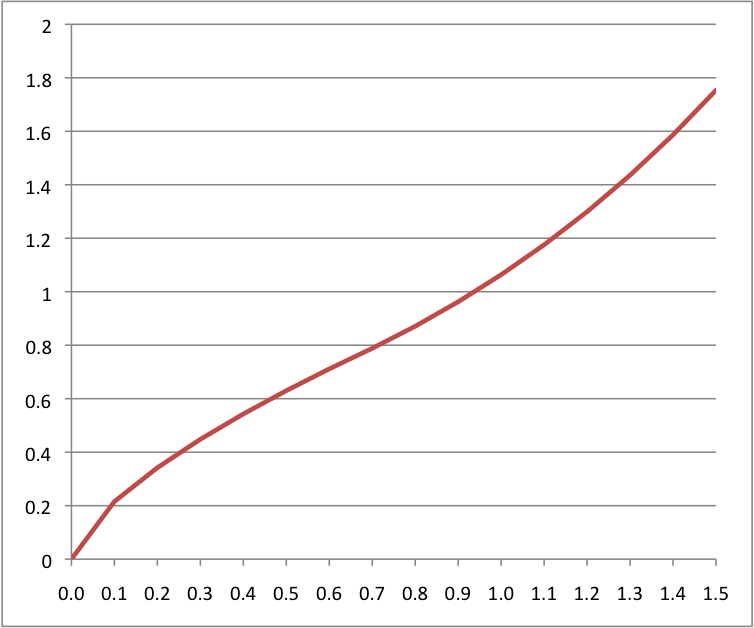 Not the answer you're looking for? Browse other questions tagged universe expansion data-analysis cosmological-inflation space-telescope or ask your own question.

12
Where can I find a catalog of all stars in the Milky Way?
4
Why can we trust Hubble Time if the rate of expansion is not constant?
2
Which data should I use to take the fast Fourier transform (FFT) to find time period for eclipsing binaries?
2
Understanding expected TESS data structure
2
Why do these Hubble images of Neptune look like Cheela?
1
From whence is the Event Horizon Telescope black hole data available for amateur reconstruction?
7
On what basis is the information about the distance and velocity of the Voyager probes determined?