What does a black hole elements consists of?

If your question is "What elements are in a black hole?"

The answer is: The gravity is too great for there to be "elements" (atoms or molecules) inside or near the surface of a black hole. The extreme gravity tears apart everything and compresses it.

Some distance away (especially far away, here on Earth) the black hole doesn't alter matter, but as things get closer they fall at increasing speeds to the surface, becoming a part of the black hole. Everything becomes crushed, becoming elementary particles; what atoms are made of.

NASA's webpage: "NuSTAR Probes Black Hole Jet Mystery" explains that plasma, x-rays, and eventually light can leave a black hole at the poles. See also: "An elevation of 0.1 light-seconds for the optical jet base in an accreting Galactic black hole system" (26 Oct 2017) which says:

"Relativistic plasma jets are observed in many accreting black holes. According to theory, coiled magnetic fields close to the black hole accelerate and collimate the plasma, leading to a jet being launched. Isolating emission from this acceleration and collimation zone is key to measuring its size and understanding jet formation physics. But this is challenging because emission from the jet base cannot be easily disentangled from other accreting components.

Here, we show that rapid optical flux variations from a Galactic black-hole binary are delayed with respect to X-rays radiated from close to the black hole by ~0.1 seconds, and that this delayed signal appears together with a brightening radio jet. The origin of these sub-second optical variations has hitherto been controversial.

Not only does our work strongly support a jet origin for the optical variations, it also sets a characteristic elevation of <~$10^3$ Schwarzschild radii for the main inner optical emission zone above the black hole, constraining both internal shock and magnetohydrodynamic models.

Similarities with blazars suggest that jet structure and launching physics could potentially be unified under mass-invariant models. Two of the best-studied jetted black hole binaries show very similar optical lags, so this size scale may be a defining feature of such systems.".

So, what goes in is not what comes out. 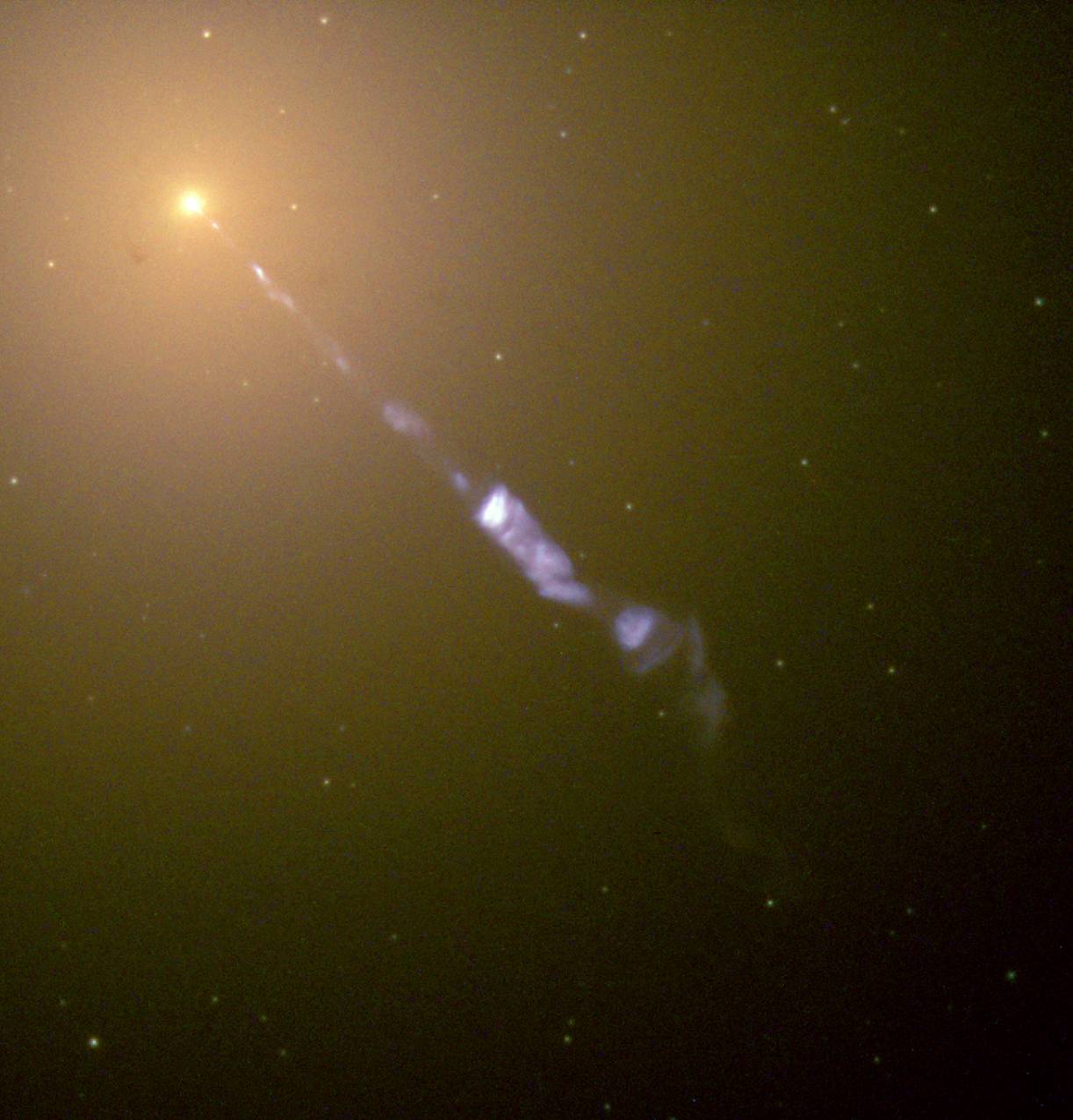 Relativistic jets may provide evidence for the reality of frame-dragging. Gravitomagnetic forces produced by the Lense–Thirring effect (frame dragging) within the ergosphere of rotating black holes combined with the energy extraction mechanism by Penrose have been used to explain the observed properties of relativistic jets. The gravitomagnetic model developed by Reva Kay Williams predicts the observed high energy particles (~GeV) emitted by quasars and active galactic nuclei; the extraction of X-rays, γ-rays, and relativistic e$^-$—$\,e^+$ pairs; the collimated jets about the polar axis; and the asymmetrical formation of jets (relative to the orbital plane).

Although momentum is conserved the effect is that more energy can be extracted than was originally provided, the difference being provided by the black hole itself. In summary, the process results in a slight decrease in the angular momentum of the black hole, which corresponds to a transference of energy to the matter. The momentum lost is converted to energy extracted.

The maximum amount of energy gain possible for a single particle via this process is 20.7%. The process obeys the laws of black hole mechanics. A consequence of these laws is that if the process is performed repeatedly, the black hole can eventually lose all of its angular momentum, becoming non-rotating, i.e. a Schwarzschild black hole. In this case the theoretical maximum energy that can be extracted from a black hole is 29% its original mass. Larger efficiencies are possible for charged rotating black holes.

An unrelated effect is described as Hawking radiation:

That shouldn't be confused with the Hawking-Penrose Singularity Theorem either.

Not the answer you're looking for? Browse other questions tagged black-hole astrochemistry or ask your own question.

26
What are the differences between a Black Hole and a Supermassive Black Hole
23
What is a singularity? What is at the center of a black hole? Specifically regarding space-time
3
What is a low mass Black Hole?
32
Can our Sun become a black hole
1
How does a black hole spin?
1
Does a White hole lies behind a Black hole?
7
Could Black holes forge heavier elements that have yet to be discovered?
2
Does nucleosynthesis happen near a black hole or during its formation?