Are there small voids of 10 - 20 megaparsecs also within, and not only between superclusters?

I sincerely apologize if this question is stupid, however after all the articles I read so far, I could not confirm this assumption, which I think is actually a fact, but I'm not completely confident.

I'm writing on the topic of proportions of the universe, and in one of the statements I claim the following:

"Just one small void inside a supercluster of galaxies can span across 10 to 20 megaparsecs (32 to 65 million light-years ) in diameter."

Let me state that I understand that a void within a galaxy supercluster may not necessarily be completely surrounded by galaxies of that supercluster, and can extend far out from the supercluster it partially occupies, so to clarify what I mean by my question on a practical example:

(I am basing my "small" classification of a cosmic void 10 - 20 megaparsecs in diameter on the Wikipedia article "Void (Astronomy)" https://en.wikipedia.org/wiki/Void_(astronomy) in which it says:

" ...Voids typically have a diameter of 10 to 100 megaparsecs; particularly large voids, defined by the absence of rich superclusters, are sometimes called supervoids. ..."

My only goal is basically to find out whether I would be wrong or not if I state that small voids of 10 - 20 megaparsecs, really actually exist within, and not only between superclusters.

For any eventual help on this topic, I would be sincerely grateful.

My only goal is basically to find out whether I would be wrong or not if I state that small voids of 10 - 20 megaparsecs, really actually exist within, and not only between superclusters.

The largest structure is called a filament.

We are in the supercluster Laniakea, in the smaller supercluster Virgo, in the Milky Way galaxy, in the Solar system, on Earth. 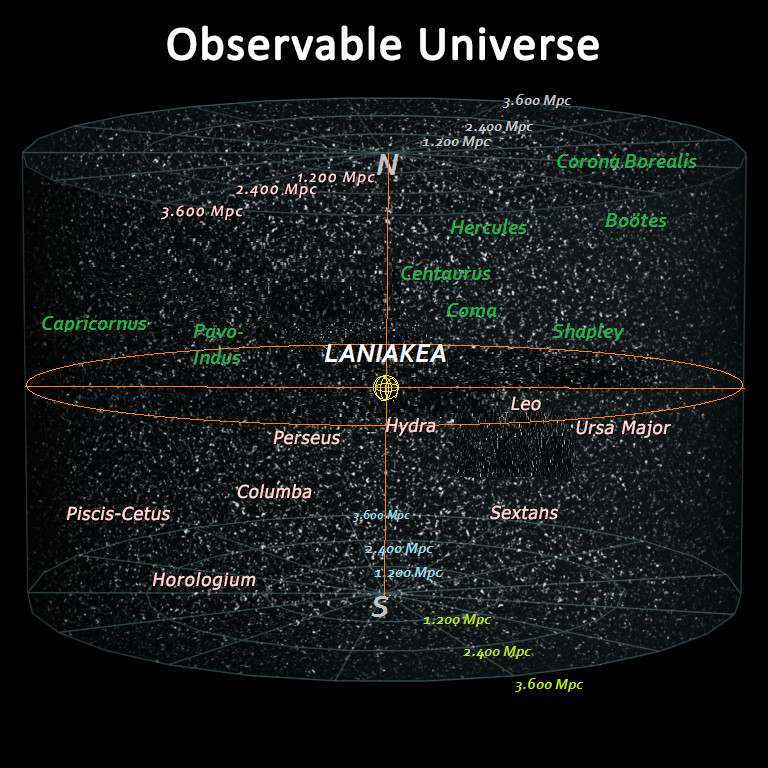 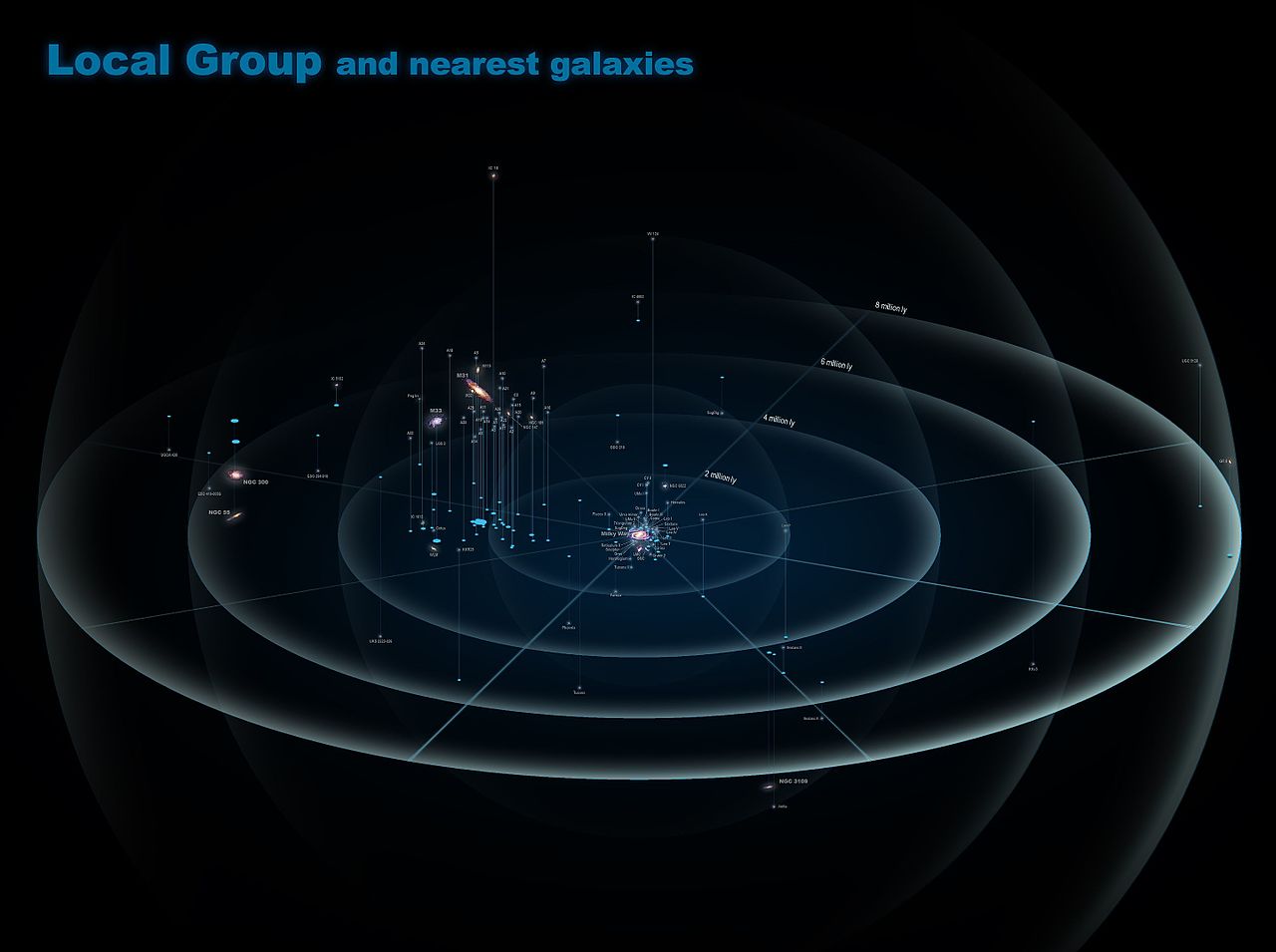 It was discovered from those maps that superclusters of galaxies are not spread uniformly across the universe but they seem to lie along filaments. Maps reveal huge voids where there are extremely few galaxies. Some dim galaxies or hydrogen clouds can be found in some voids, but most galaxies are found in sheets between the voids. The voids themselves are often spherical but the superclusters are not. They can range from being 100 million to 400 million light-years [that's 30.660139381 to 122.64055752 megaparsec] in diameter. The pattern of sheets and voids contains information about how galaxy clusters formed in the early universe.

There is a sponge analogy used often that compares a sponge to the pattern of clusters of galaxies in the universe – the holes are the voids and the other parts are the locations of the superclusters.".

So, yes - there are small and large voids.

The number density of galaxies in the LS falls off with the square of the distance from its center near the Virgo Cluster, suggesting that this cluster is not randomly located. Overall, the vast majority of the luminous galaxies (less than absolute magnitude −13) are concentrated in a small number of clouds (groups of galaxy clusters). Ninety-eight percent can be found in the following 11 clouds (given in decreasing order of number of luminous galaxies): Canes Venatici, Virgo Cluster, Virgo II (southern extension), Leo II, Virgo III, Crater (NGC 3672), Leo I, Leo Minor (NGC 2841), Draco (NGC 5907), Antlia (NGC 2997) and NGC 5643. Of the luminous galaxies located in the disk, one third are in the Virgo Cluster, while the remainder are found in the Canes Venatici Cloud and Virgo II Cloud, plus the somewhat insignificant NGC 5643 Group. The luminous galaxies in the halo are also concentrated in a small number of clouds (94% in 7 clouds). This distribution indicates that "most of the volume of the supergalactic plane is a great void." A helpful analogy that matches the observed distribution is that of soap bubbles. Flattish clusters and superclusters are found at the intersection of bubbles, which are large, roughly spherical (on the order of 20–60 Mpc in diameter) voids in space. Long filamentary structures seem to predominate. An example of this is the Hydra-Centaurus Supercluster, the nearest supercluster to the LS, which starts at a distance of roughly 30 Mpc and extends to 60 Mpc.

Not the answer you're looking for? Browse other questions tagged galaxy-cluster or ask your own question.