Are magnetic field lines Spiral for Spiral Galaxies? If no, then how it look like topologically?

I am an undergraduate doing summer project at USO. I am working on Sun's Magnetic field model. I got spiral graph for that, which looks like any spiral Galaxy. Do you think that there is some correlation between them. Or let me put this way, is magnetic field of Galaxy spiral? Thank You in advance. 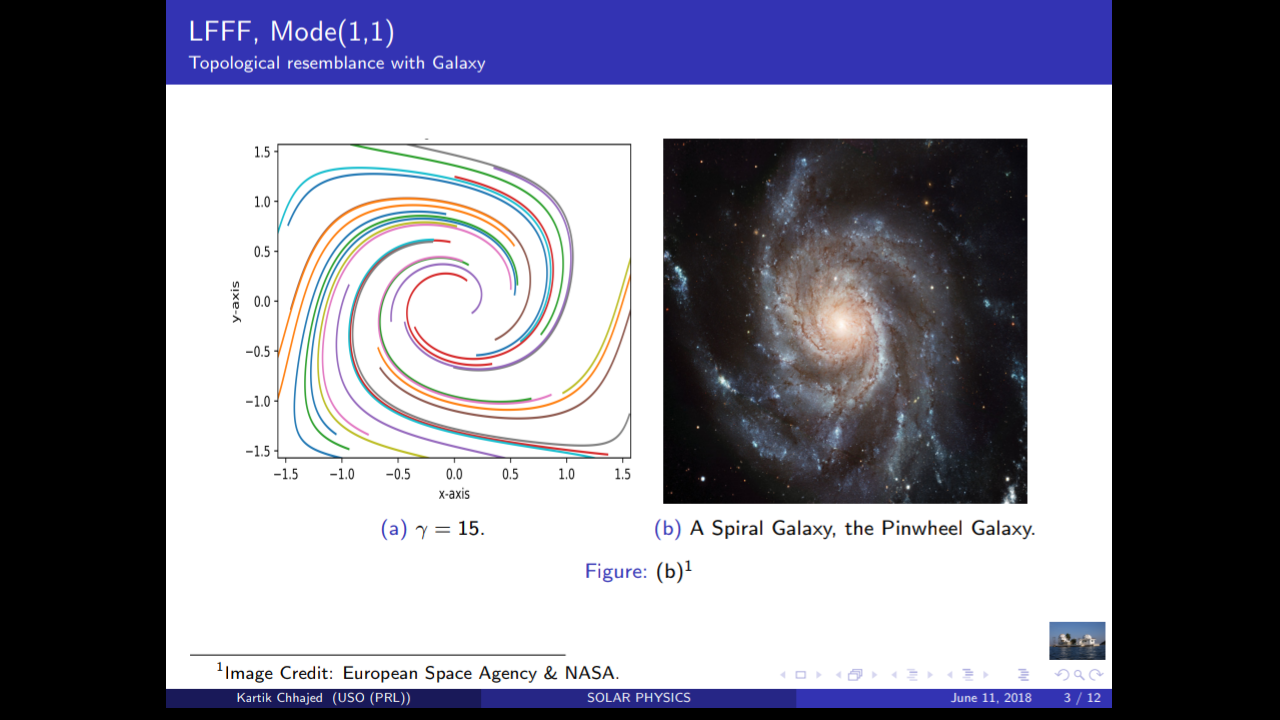 The short answer is: yes, magnetic fields in spiral galaxies are generally spiral in orientation. (But it probably isn't directly correlated with your solar model.)

For example, this is a map of radio polarization (a reflection of magnetic field direction) in the galaxy IC 342 by Beck et al. (2015): 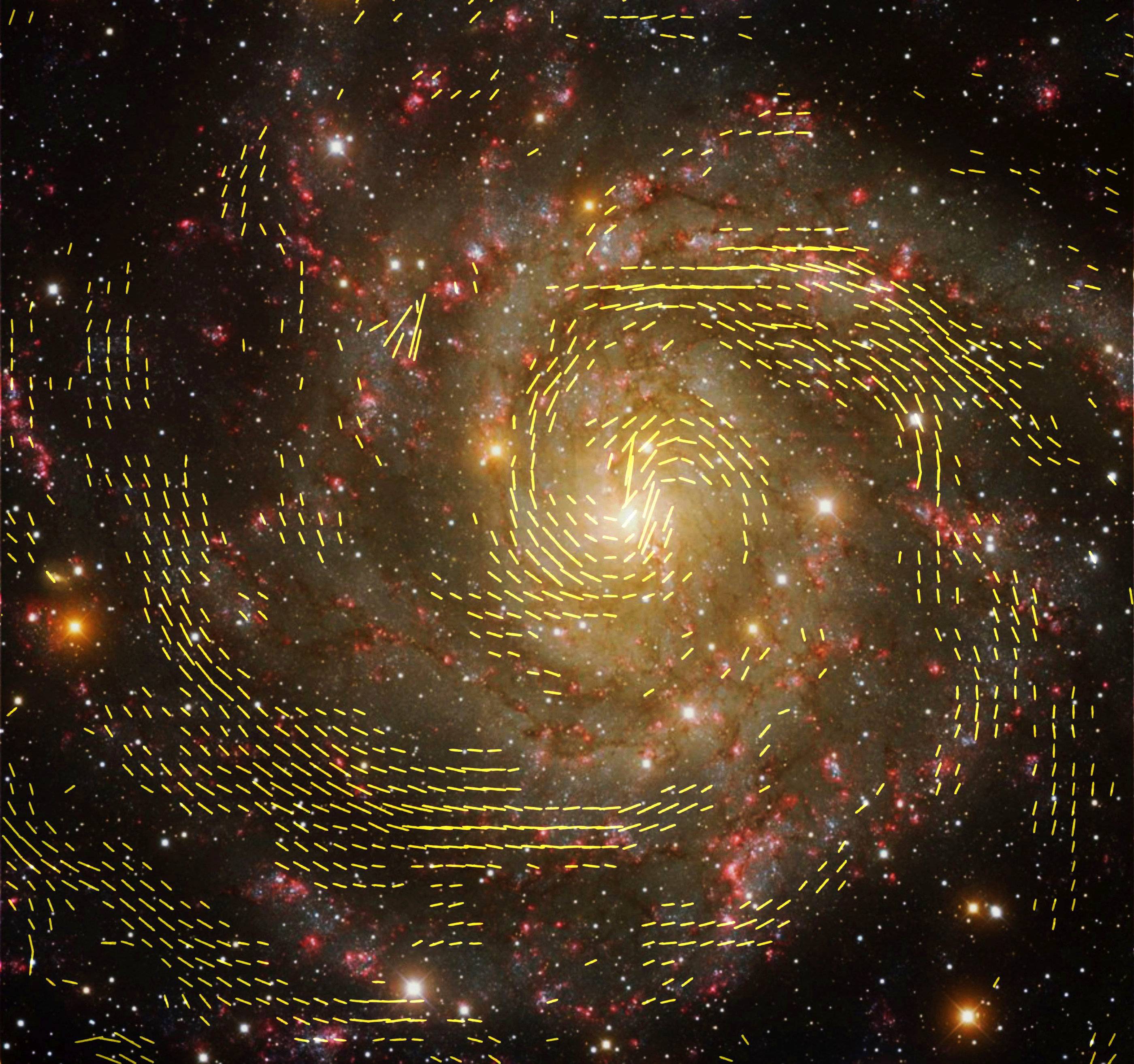 (The short yellow lines are indicators of polarization, and thus magnetic field, direction. See here for details of the observation)

A very good, if somewhat technical, reference is Rainer Beck's recent (2015) review article "Magnetic Fields in Spiral Galaxies"; this discusses both observations of magnetic fields in nearby galaxies (and the Milky Way) and the models for how they might be generated.

He also discusses, for example, evidence for magnetica fields in the halos of galaxies; these are (seen in projection) sometimes radial and sometimes more X-shaped, as in the case of NGC 891: 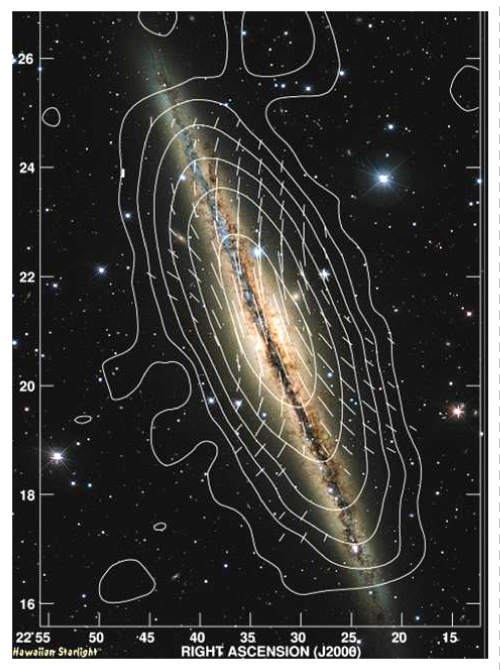 The evidence for the Milky Way is somewhat ambiguous, for the usual reasons that it's hard to get a global picture of something you're inside of. One intriguing finding is that the magnetic field sometimes reverses direction as a function of radius; this hasn't been seen in other galaxies (though this may just be a function of resolution or the fact that we are measuring the Milky Way's magnetic fields primarily in a narrow layer of gas near the Galactic plane).

Take a look yourself! Below is an image detailing the Milky Way's magnetic field structure as measured from the Planck satellite (and thus necessarily from within the galaxy). 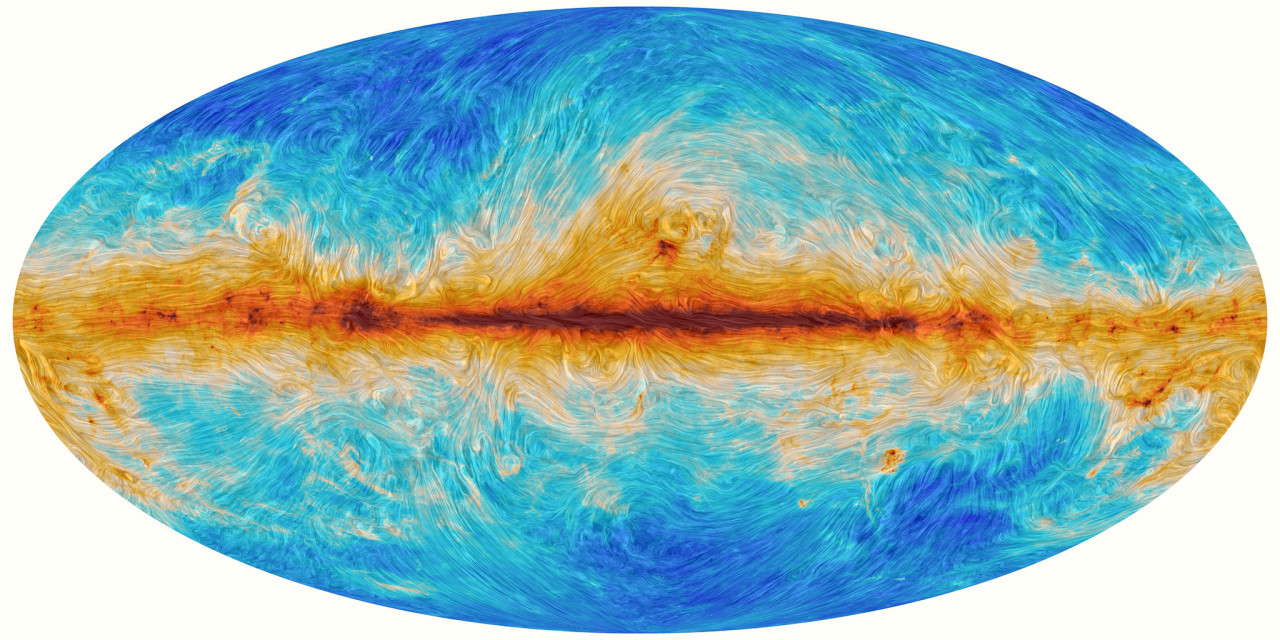 Although of course this has some projection effects going on and is integrated along the line of sight, so it's not the same as a view of another galaxy or as a 3D model, but it gives you some insight into the general structure.

In general, magnetic fields of galaxies are messy and unpredictable. This is due to the fact that mostly, there isn't a source for magnetic generation within the galaxy that is of a galactic size. The magnetic field of the galaxy is really just the sum total of magnetic fields produced by all the gas/dust/stars/etc. and all of these objects are doing their own thing and producing their own field, irrespective of what everything else is doing. This means there's going to be no meaningful, coherent contribution to a galactic magnetic field such that a nice structure arises.

As for your particular field from the Sun, I can't be sure what your dimensions or units are or how you're viewing the field so its hard to process your image. Overall, our Sun's magnetic field as an archimedian spiral like structure to it when viewed in the plane of the ecliptic and a "squashed" dipolar structure on a large scale (due to it hitting the ISM).

5
What is the direction of the movement of the solar system in relation to the galaxy's plane
2
Trouble understanding speed-dispersion in (elliptical) galaxies
2
Using SkyChoord to read in multiple coordinates.
2
How harmful is Saturn's magnetic field for human life?
2
How do galaxies move in space?
4
What would Aurora look like if no magnetic field was present around the Earth?
4
How to extract galaxy spectra for different radii in Python for spectra taken by long slit spectrograph?
4
Why do other galaxies have such a low surface brightness?