Can “rogue” supermassive black holes be made this way?

Could two galaxies (one big and one small)intersect at a velocity to allow the smaller black hole to escape but not the galaxy around it? 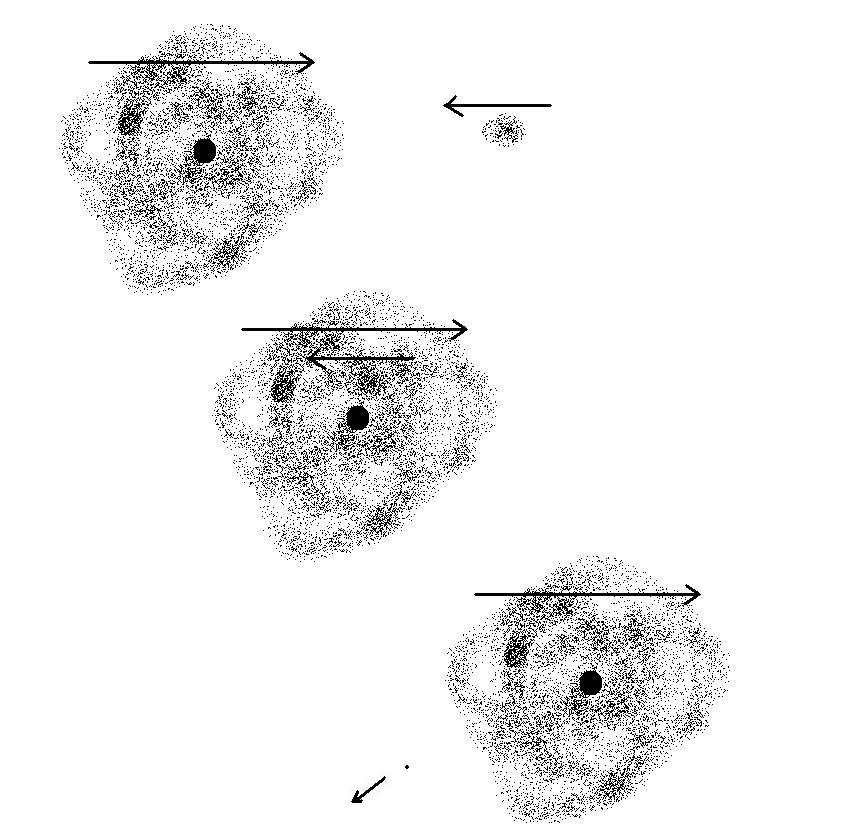 I assume you're asking about central supermassive black holes (SMBHs, one per galaxy), not stellar-mass black holes.

The answer is yes, but what actually happens is the two SMBHs have to merge first, and then the resulting combined SMBH can sometimes be ejected from the combined (merged) galaxy.

[Edited to add: Since you've updated the question with a series of diagrams, I should state explicitly that the scenario suggested by the diagrams -- stars in smaller galaxy merge into big galaxy, but SMBH continues on almost unaffected -- is not physically possible. Most of the stars from the smaller galaxy will not end up in the center of the big galaxy, but because of dynamical friction, the SMBH will.]

This NASA press release from 2017 describes the discovery of a quasar apparently ejected from a recently merged galaxy. I'll go ahead and quote their description of the suggested mechanism (this possibility has been suggested by theoretical studies going back at least ten or fifteen years):

Since most massive galaxies -- including those that have undergone major mergers in the past -- have a SMBH in their center, the gravitational recoil usually isn't strong enough to eject the SMBH; instead, the SMBH loses energy to the stars in the inner part of the merged galaxy via dynamical friction, and settles back into the center. But it appears that sometimes there's enough of a kick to allow the SMBH to escape.

Another possibility is that if two galaxies merge and their SMBHs form a binary, and then another galaxy (with its own SMBH) merges before the previous two SMBHs have actually merged, then you can have a three-body interaction between the late-arrival SMBH and the binary SMBH, which could result in one of the SMBHs being ejected. But this requires the right timing, and probably doesn't happen very often.

Yes, and in fact a mechanism somewhat like this has probably dumped a large number of BHs into intergalactic space.

Black holes tend to settle towards the center of galaxies (an effect of dynamical friction). As they settle, they "cool" by evaporation. The chaos of BHs orbiting the center of mass all interact, especially when two of them approach closely. Depending on the geometry of the near-miss, one BH can gain energy at the expense of the other. One swings into a larger orbit and the other goes into a smaller orbit.

Sometime the larger orbit is hyperbolic and the BH is thrown right out of the galaxy. This removes orbital energy from the assemblage of BHs and the whole thing shrinks a bit and encounters become a bit more common. In the end, many of the original set of BHs are thrown out into intergalactic space.

How many? No one knows yet. We have good evidence of a single very large BH (>106 solar masses) at the center of the Milky Way, but recent results have suggested there may be as many as 10,000 smaller BHs (~10 solar masses each) in orbit around it.

If the latter is right, there may be a lot of BHs wandering intergalactic space!

Not the answer you're looking for? Browse other questions tagged black-hole galaxy mass velocity density or ask your own question.

1
What is the fastest a galaxy or other body has been measured to (or can) travel?