What percentage of gas giant exoplanets are in the habitable zone?

Approximately what percent of exoplanet gas giants discovered so far are in the habitable zones of their stars? I hear that most of them are "Hot Jupiters", orbiting so close to their stars that the heat causes them to swell up like a hot air balloon.

An article by John Wenz has the discoveries thus far collated into a chart: 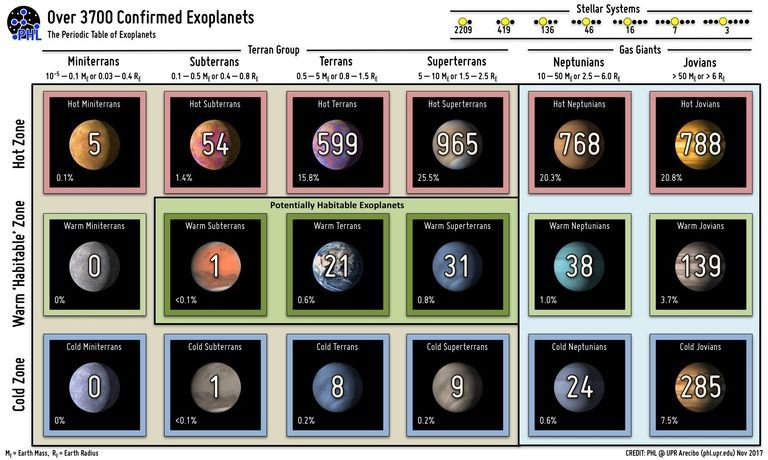 The claim, "most of them are "Hot Jupiters", orbiting so close to their stars that the heat causes them to swell up like a hot air balloon," is at best a bit of a stretch - the only reference that I found for this was a Gizmodo article about Kelt-9b. The Nature paper, A giant planet undergoing extreme ultraviolet irradiation by its hot massive-star host, that discusses Kelt-9b says,

The planet is also extremely inflated relative to theoretical models, with a radius of $\sim 1.9\ R_J$. Poor redistribution of heat and radius inflation (both of which are also observed in WASP-33b), have been linked to high stellar insolation, although the exact physical mechanisms remain uncertain.

So they did observe that Kelt-9b had a larger radius than is normally expected from a planet of that mass, and it receives massive amounts of radiation from its star, but it cannot be concluded from that that it is the same as putting a balloon filled with air near a heat source.

I was curious about the figure given in Mick's answer (~9%), so I did some data-crunching of my own. I looked at the NASA Exoplanet Archive, in particular the table of confirmed planets. I was interested in four parameters:

From the final two, I could approximate the luminosity of the star by the Stefan-Boltzmann law: $$L=4\pi\sigma R^2T^4$$ I downloaded the dataset (3774 exoplanets) including only those parameters, then filtered out all the planets that lacked all four (leaving 932). I then created lists of all four parameters. Going back through this list, I removed planets of less than $\sim0.05$ Jupiter masses (i.e. Neptune-mass or less) and objects of more than $\sim20$ Jupiter masses (which are really essentially brown dwarfs - the cutoff's fuzzy). This left me with 751 probable giant planets, including ice giants.

I estimated the habitable zone by using a black body approximation for the surface temperature of a planet: $$T_p=\left(\frac{L(1-a)}{16\pi\sigma d^2}\right)^{1/4}$$ where $a$ is albedo and $d$ is the mean distance to the star. I set $a\approx0$, for simplicity. Then, for each planet, I calculated the orbital radii at which water would freeze and boil, and finally compared the measured semi-major axis to see if it fit inside the two. I ended up with 72 giant planets in the habitable zone - a total of 9.6% of the giant planets I considered, similar to the result given in Mick's answer.

In summary, according to the NASA data I looked at, around 10% of giant planets lie in the habitable zone, although uncertainties in planetary and stellar parameters could change this.

19
How hot can a planet be?
6
What proportion of planetary systems have been found with 'Hot Jupiters'
17
What is the current accepted theory for the fate of hot Jupiters?
3
Types of Exoplanets
1
Are exoplanets at dwarf stars less likely to have super-rotating atmospheres or asynchronous tidal locking?
2
Can hot Jupiters cause solar flares?
25
Is Jupiter still an anomaly?
5
Are there other planetary systems where gas giants are on the inside to rocky planet orbits?
2
What would be the year length of a habitable planet of 40 Eridani A?
6
Is there a link between the amount of swirling and vorticity in a gas giant's atmosphere and its distance to its Sun?