Which planet or star is this? 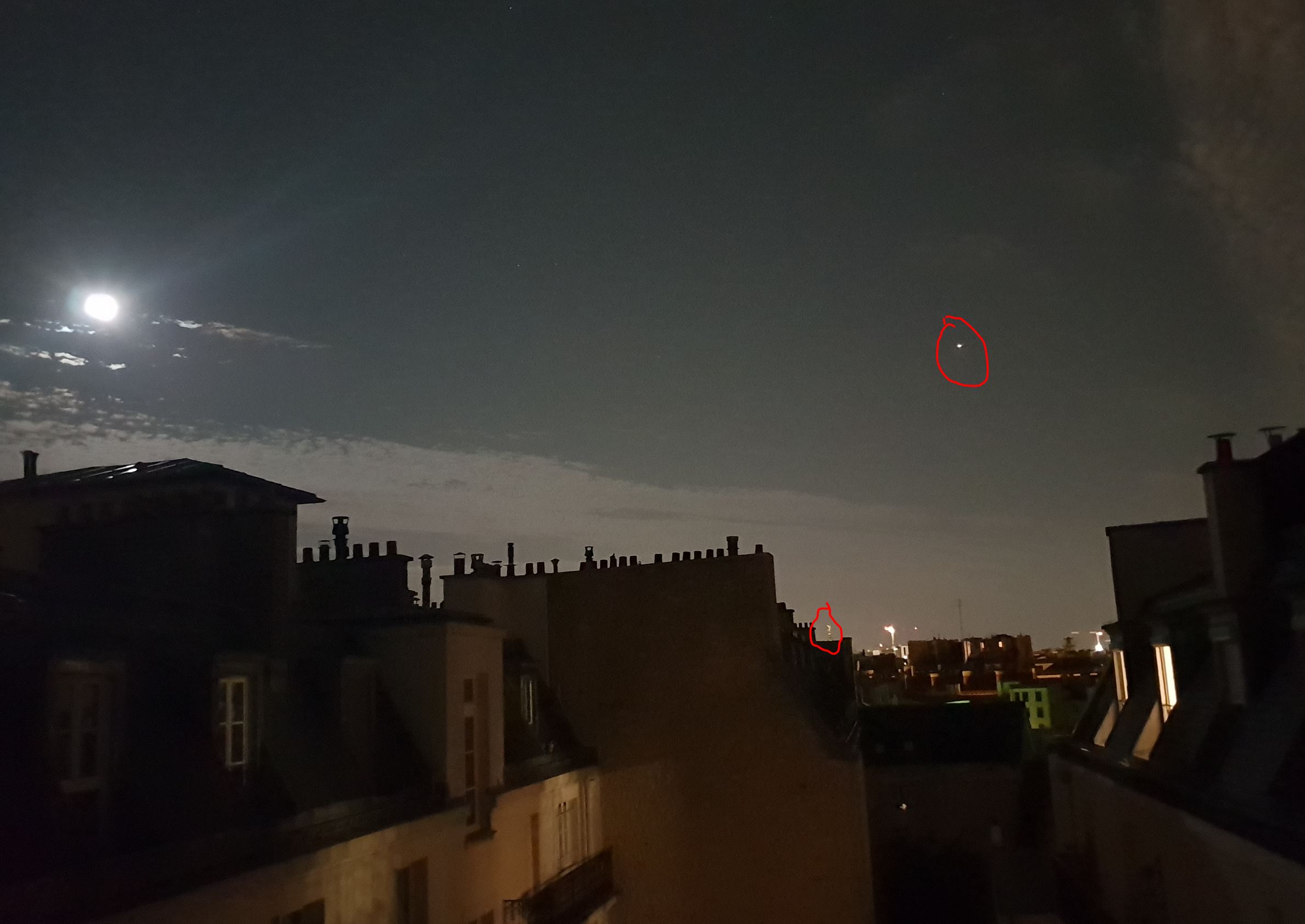 What does the upper circle point to ?

At the beginning I thought it was Venus, but as far as I remember, it disappears quite early in the evening. I don't think it is Mars : the light reflection on it isn't red enough.

I think it is Mars. Although it's difficult to tell, just looking at the image, but if it were Saturn then you would also be able to see Mars. Mars is much brighter than Saturn at the moment, so if Saturn were visible, Mars would be even brighter. The fact that there is only one bright object (other than the moon) is, I think, conclusive evidence that this must be Mars.

Looking over the city, the large brick building on the Rue St Gille is visible, and the object is visible directly in line with the phone mast on that building. That gives a direction just East of South. Checking with Stellarium at the given time shows Mars at exactly that position, at an azimuth of 171.

At Paris, Jupiter sets at 12:51 am and Saturn sets at 3:37 am. Both are bright and both set in the southwest. At 1:05 AM, Saturn would have been at 15 degrees elevation in the SSW. The Moon would have been to the SW at about the same altitude.

So it looks like this was Saturn. (Someone with a full-up planetarium program could confirm.) 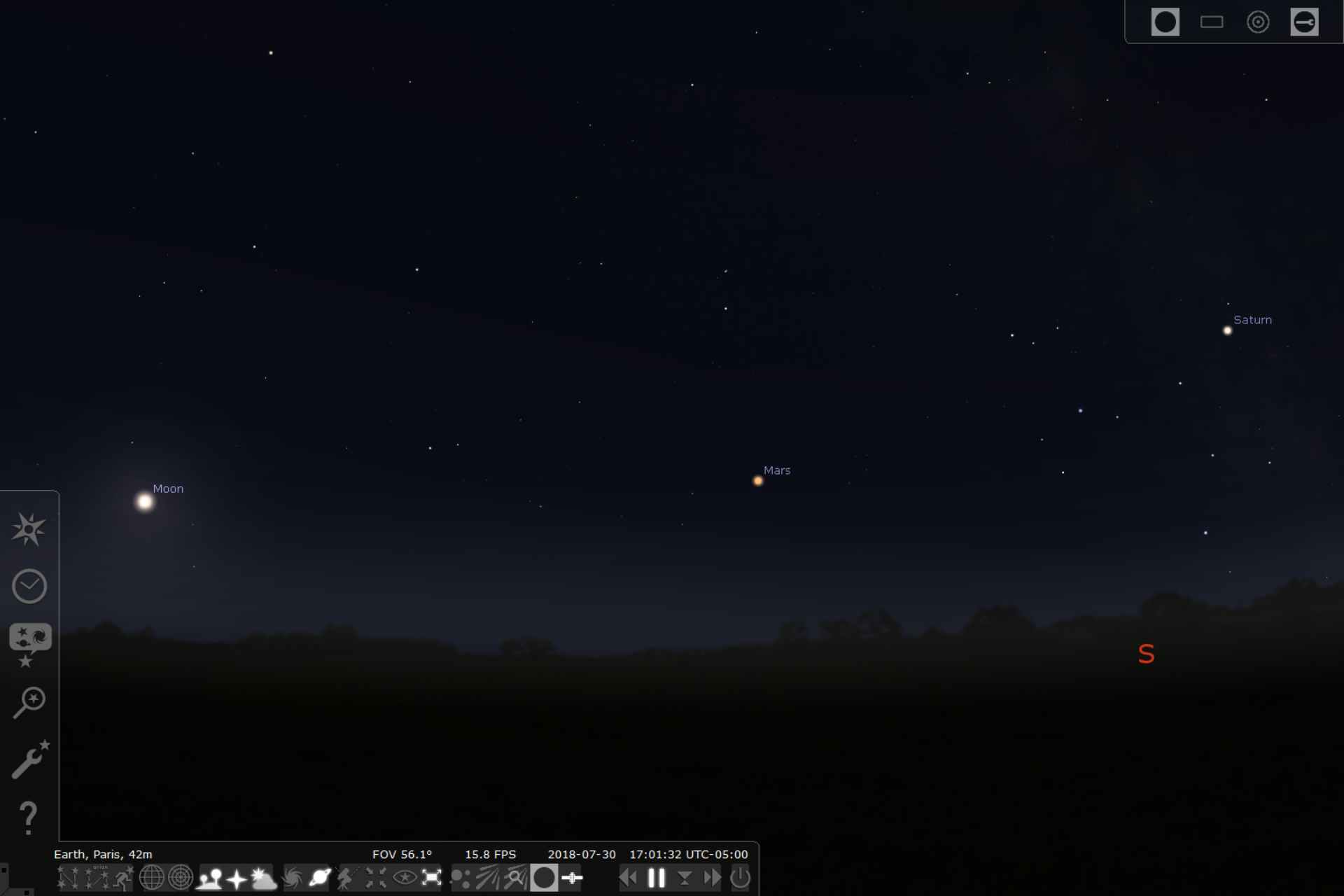 Here's a Stellarium simulation of the Paris sky at the time you indicate. Mars and the Moon are at about the same altitude, as in your photo, while Saturn is further to the west, a little higher, and two or three magnitudes dimmer.

9
Can you tell me which star this is?

3
How do you determine which star, between two, is more luminous?
1
Is there any legitimacy to this report of planet nine being discovered by an amateur?
3
Which lens is right to see which planets with an Orion StarSeeker 150 mm?
3
I've seen some stars tonight. What could I possibly have been looking at with these pictures?
9
What's the white glow around this star?
4
Which stars have I been seeing?
6
Is the Object in this Photo Mars?
9
Can you tell me which star this is?