Is the dot on the photo - Mars?

We were seeing the light dot on the left for at least 10-20 minutes. It looked like a bright star, but there were no other stars.

How likely that it was Mars? 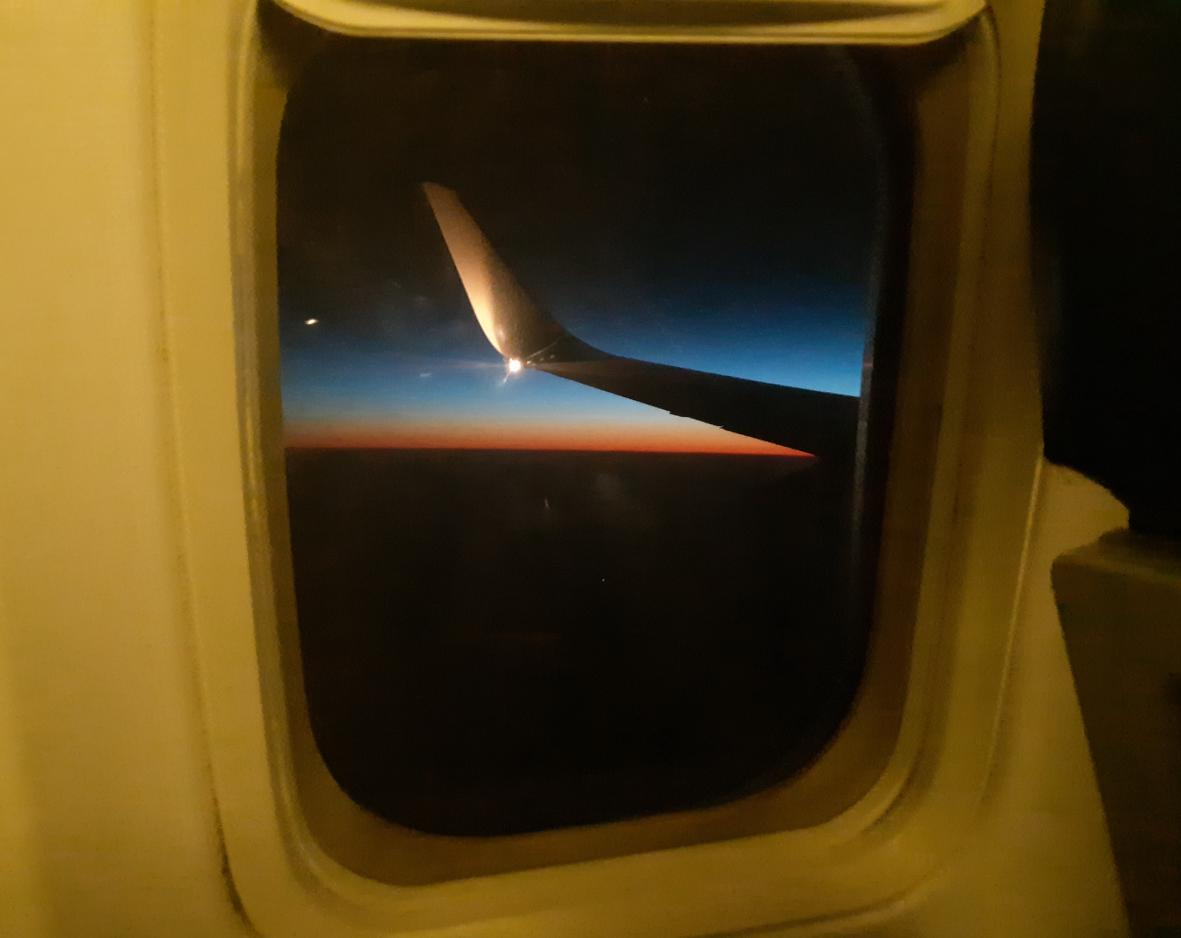 This was not Mars. Mars is close to opposition now, so it almost opposite the sun, and visible as an obviously red "star" in the Southern sky at midnight.

Your photo shows that the sun has just set, and you note that other stars were not visible. This is the planet Venus. Currently shining at magnitude -5 it is 100 times brighter than the most bright stars. It is common, shortly after sunset for it to be the only visible "star", and as it orbits closer to the sun than the Earth, it is always seen in the sky close to the sun, as your photo shows. The when the Planet Venus is an "evening star" it is seen in the west. This is consistent with your plane travelling in a roughly northerly direction.

It is hard to be sure what time zone, you are in, or exactly where you are, but Venus will be visible shortly after sunset in most parts of the world.

Not the answer you're looking for? Browse other questions tagged planet photography mars night-sky or ask your own question.

8
Star like light moving in the sky, what could it be?

6
Weird Blob near Polaris?
8
What is this rapidly twinkling red, blue, and white star I saw?
3
I've seen some stars tonight. What could I possibly have been looking at with these pictures?
7
Why in my area does NEOWISE appear so dim and small?
1
Events I cannot explain