How deep in Mars would a person not need insulation and pressure? [duplicate]

How deep in Mars' surface would one have to go to both not need a pressurized suit and be warm enough to just wear clothes? in other words is there a dept Goldilocks where you would only need an oxygen supply?

According to this paper, there are various but enough good estimations for the temperature gradient of the Martian soil. Note, direct measurements will we have first with the next Martian lander, the InSight: 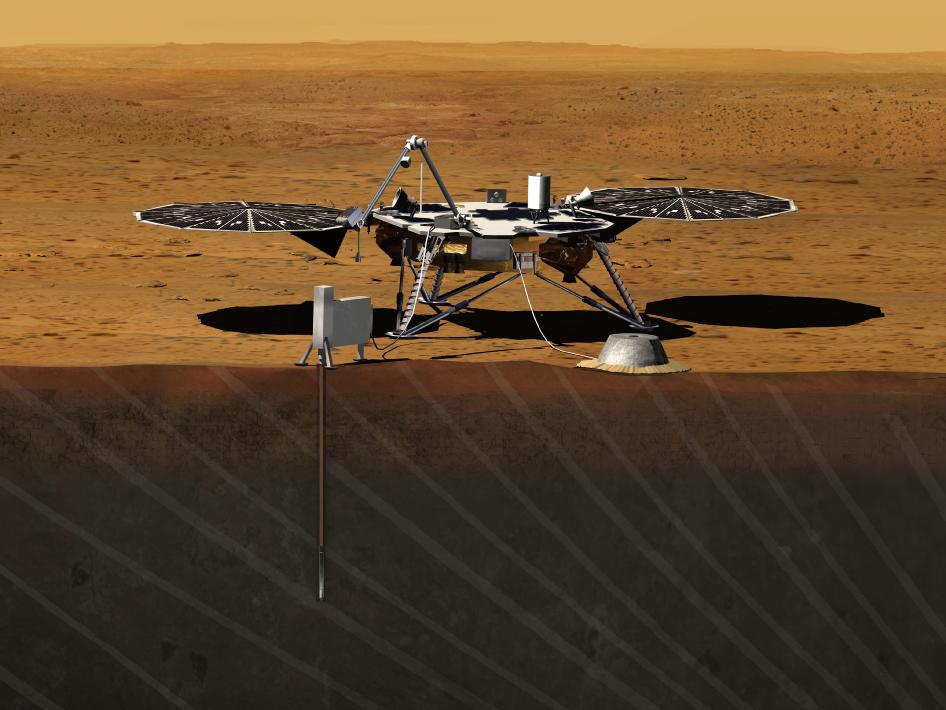 The for us important part of this estimation is this: 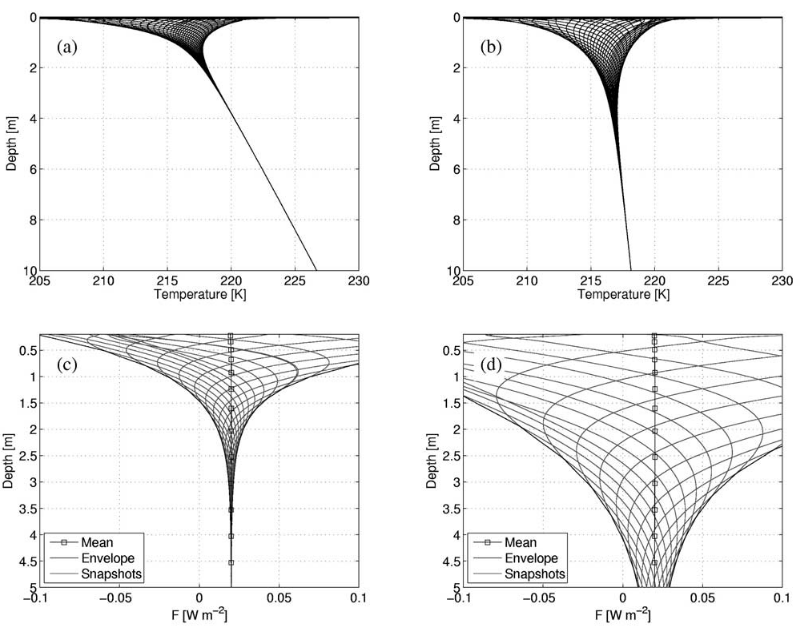 Depth penetration of the annual temperature wave at $120^\circ E, > 20^\circ N$, using data from the NASA/MSFC Mars GRAM as the surface boundary condition and assuming a planetary heat flow of 20 $\frac{mW}{m^2}$. The snapshots of the temperature as a function of depth are given for the models with

The snapshots (gray lines) show the local heat flow. The area inside the envelope (black lines) represents possible heat flow values that can be obtained by a single measurement. The heat flows derived from the annual mean temperatures are indicated by squares. Note that in order to calculate heat flows, the thermal conductivity was assumed to be known.

What we can see here, is similar to the Earth:

Extrapolating the upper two graphs, we can expect a pleasant earth-like temperature not very deeply, roughly around 20-40 m.

However, according to this answer, the Earth-like pressure happens much deeper, around 20-40 km below the surface. This answer uses the Barometric formula to calculate the required depth, which is a very good estimation. It seems probably unreachable with the current technology, although it is not very far away from it: the main problems of the digging of deep holes are

The first is much easier, the second is non-existant on the Mars.

Note, the Martian atmosphere is mainly carbon dioxide, thus spacesuits won't be needed, but some oxygen tanks still will be.

There is no such depth where both the temperature and the pressure would be comfortable for us.

P.s. actually, 16% pure oxygen is already enough for us to breathe, which makes the required depth to around 10-15 km.

Not the answer you're looking for? Browse other questions tagged planetary-atmosphere mars heat or ask your own question.

9
At what depth on Mars would the atmosphere have equal pressure of that on Earth?

33
Could any known, living organisms on Earth survive on Mars?
18
If Venus and Mars changed places, would we then have 3 habitable planets?
3
Would a human body float in the dense atmosphere of Venus?
15
What earth organisms would survive if they arrived on Mars?
2
Can IR sensitive cameras read signals from Venus's surface emissions?
5
Say we were to bring Titan to Earth's orbit. How much would its atmospheric pressure change?
3
Any information on the salt content of Mars' atmospheric dust?
3
Air molecules per cubic foot at a certain altitude above the surface