Studies of isotropy from different ends of the visible universe?

Have there been studies to compare structures that are 26 billion light years distant (i.e. from one side of the observable universe to the other) to search for faint differences?

The most distant objects which can be seen with telescopes are around 13.39 ly away, with a redshift $z=11$. Telescopes see a roughly uniform Universe, although some very large structures were already identified.

The Cosmical Microwave Background has a $z \approx 1000$.

It was measured for its possible minor anisotropies by the COBE, and the Wilkinson Microwave Anisotropy Probe (WMAP) and Planck satellites.

It measured the temperature of the 2.7K Cosmical Microwave Background with $\approx 10^{-5} K$ precision. The technology was not easy.

There were two results:

First, there is a global dipole anisotropy showing that we are moving with $\approx 368 \frac{km}{s}$ to the Hercules constellation. It is the nearest thing what could be seen, as if we had found an absolute reference frame. 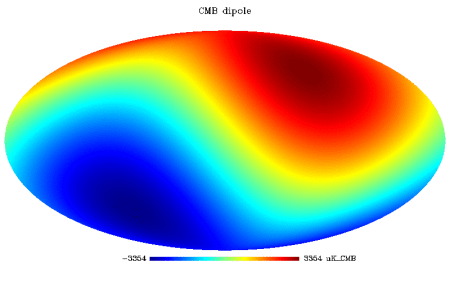 Second, substracting this from the results, another, lesser anisotropy were found: 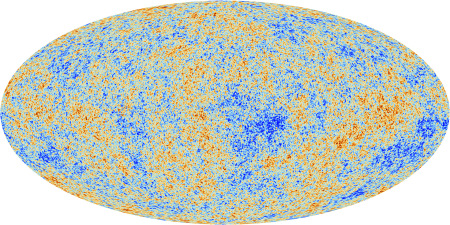 The distribution of the anisotropy, combined with the result of other experiments, helped to get

Also the polarity was measured, which has shown that the re-inozation happened earlier as it was previously believed.

This is the best result what we have until now.

Not the answer you're looking for? Browse other questions tagged galaxy cmb deep-sky-observing or ask your own question.

13
What is the mass of hotspots in the Cosmic Microwave Background radiation?

13
What is the mass of hotspots in the Cosmic Microwave Background radiation?
12
How are Galaxy Super Clusters Generated
2
Has the most luminous object in the universe been found?
6
Can we see the stars at the edge of the Milkyway?
2
How tightly clustered are the CHIME-detected FRB repeats?
1
What Is The Maximum Distance Our Finest Instruments Could See When They're Perfected?
7
Visible Stars in Andromeda Galaxy