What would stargazing be like at the edge of our galaxy?

Let's say, for the sake of speculation, we acquire the technology necessary to travel to the outer edge of one of the spiral arms of our galaxy. We go to a star in this "outer rim" and land on a planet orbiting a star there. What would we see when our side of the planet is facing outward from the galaxy? (Assume no atmospheric interference.) The answer will, of course, depend on the galactic coordinates of the star we choose to visit. Provided a particular set of coordinates, how much do we know about what we could see with the naked eye or through some form of optical instrument? I'm more interested in our ability to answer the question, rather than the specific objects we'd see (although they're pretty interesting too). You're welcome to select an arbitrary but still useful and appropriate boundary as the edge of the spiral arm.

Here is a render of what an observer might see near the edge of our galaxy. The "edge" itself being rather fuzzy, let's assume that we are in an area of the edge dense enough where a few occasional stars are still visible. (As far as we know, intergalactic space contains objects and stars, but so few that seeing even one naked-eye star in the sky there would be uncommon)

Looking at the sky towards the opposite side of the Milky Way, one could see the Magellanic Clouds, and a small quantity of naked-eye stars: 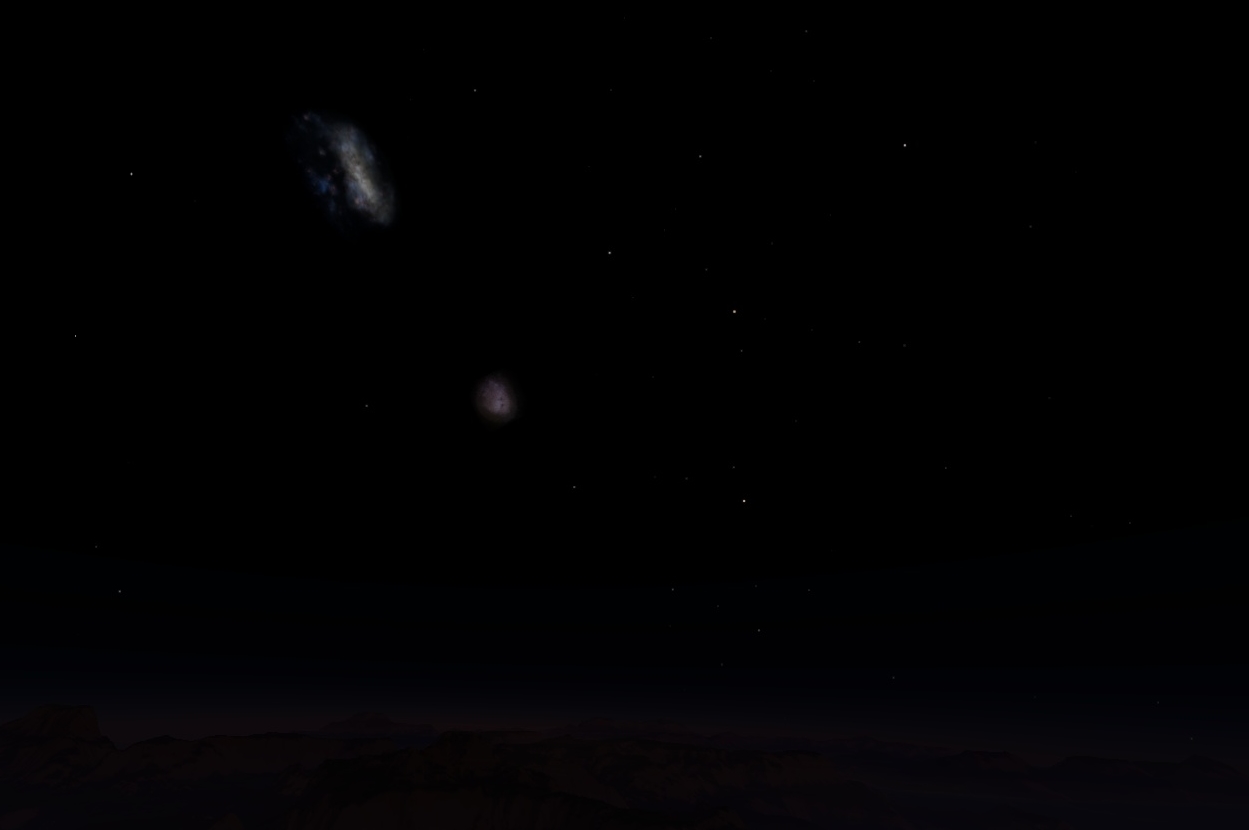 The Milky Way side of the sky would be interesting to look at: 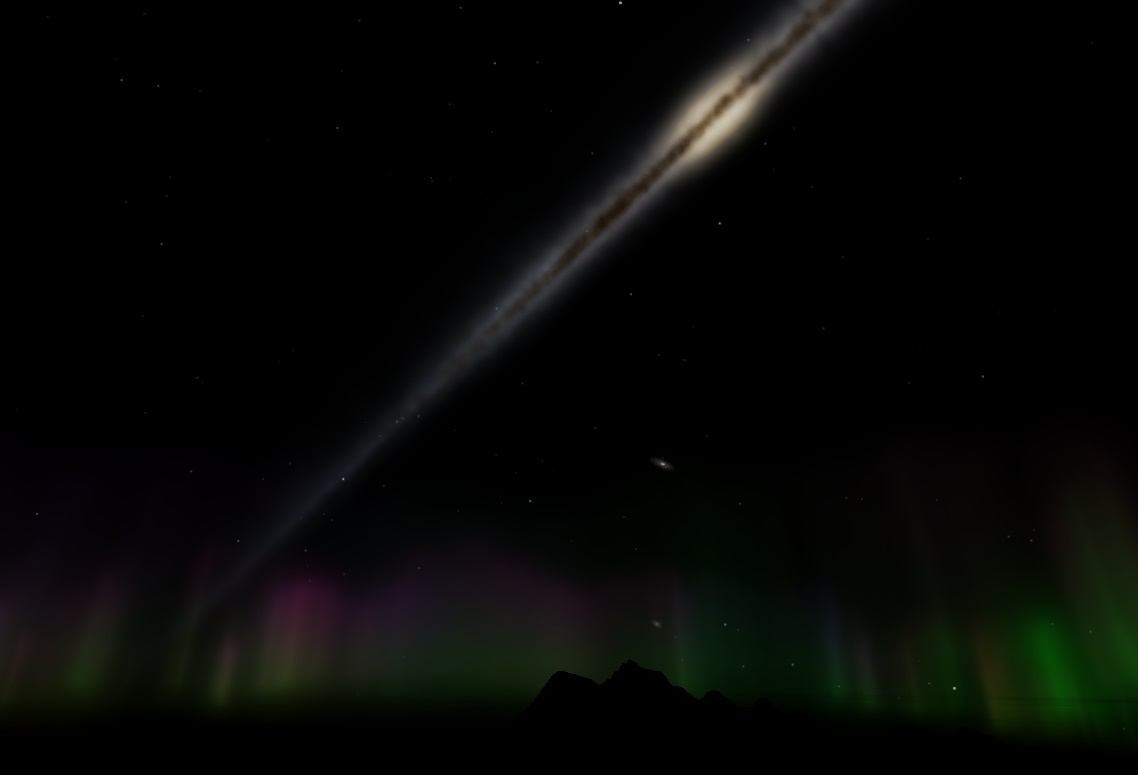 Now, as interesting as these artistic renditions may be, there is very little that we know about actual objects in these regions. Seeing individual stars there is quasi-impossible from here; we have a general idea of how dense some regions of the galaxy are, but for the rendition part here, it is mostly procedural based on some general facts and statistics.

The software used for these renders is called Space Engine and contains all catalogued objects, and it procedurally generates objects to fill in the gaps based on what we know about space.

Not the answer you're looking for? Browse other questions tagged galaxy observational-astronomy future or ask your own question.

7
What is at the edge of the galaxy?
9
face-on galaxy and edge-on galaxy
6
Star density in- versus out- of the arms of the galactic pattern?
4
What galaxy looks the most like the Milky Way?
6
Would our galaxy appear as a spiral when seen from the Andromeda galaxy?
1
Can we learn anything from observing galaxies edge-on, like the Spindle Galaxy?
2
What would the night sky look like from a planet at the centre of a ring galaxy?
4
What is the farthest blueshifted object to our galaxy?