I downloaded the info from NASA exoplanet archive at: https://exoplanetarchive.ipac.caltech.edu/cgi-bin/TblView/nph-tblView?app=ExoTbls&config=compositepars

I then plotted it with Matplotlib using this python (anaconda) program: https://planet.wikia.com/wiki/User:Granpa/Python_program

Can anyone explain what I am seeing 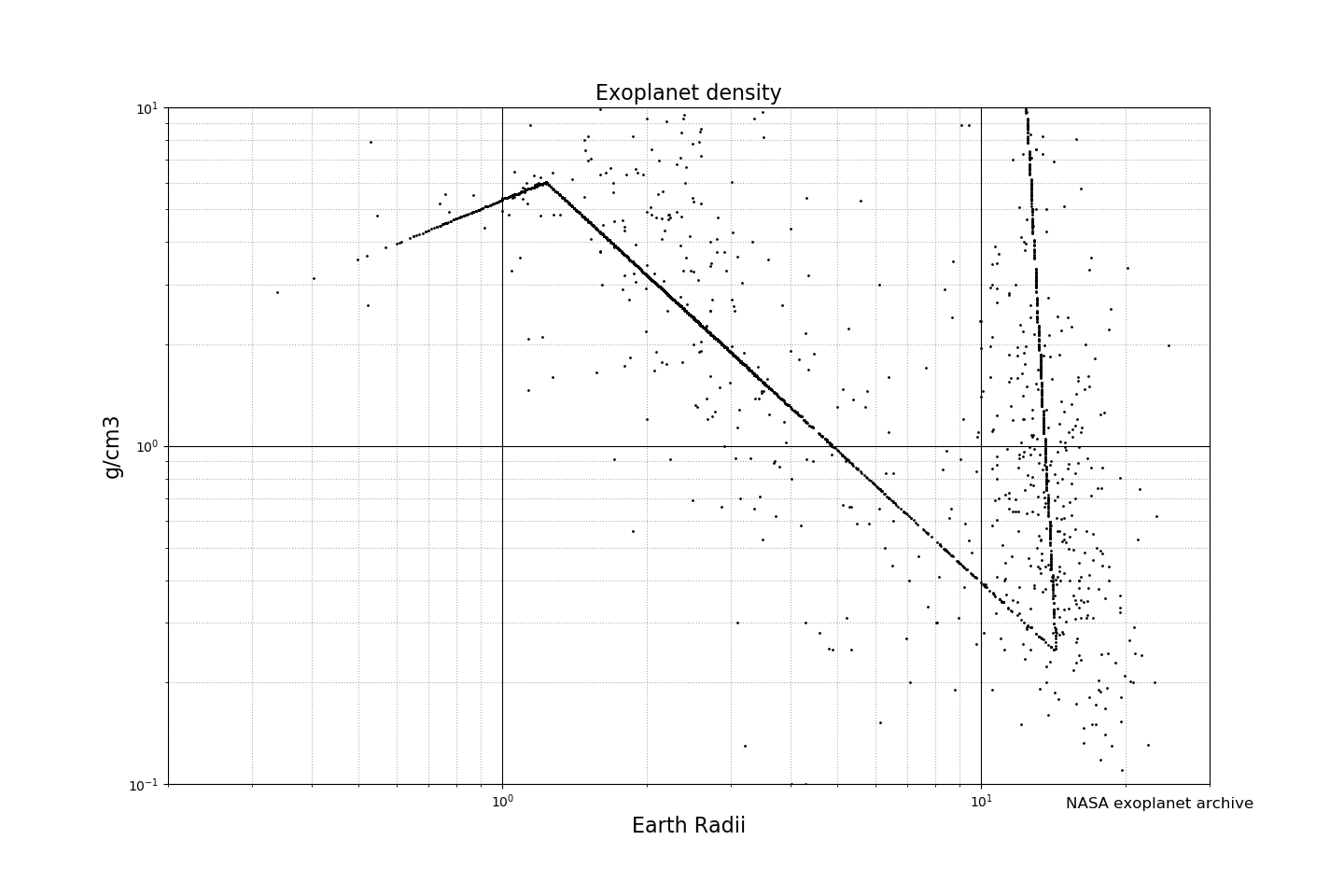 The straight lines you see in the diagram must be coming from extrapolated radius or mass values. Keep in mind that most planets don't have both values simultaneously measured, because their discovery technique is only sensitive to radius (transits) or mass (doppler).

So what people in those archives often do is assume some mass-radius relationship in order to fill those gaps. I'm 99.9% sure that this is where those perfectly straight lines come from. The other, scattered points are what @astrosnapper's answer refers to.

What you are seeing is a combination of several things as you move across the diagram from left to right with increasing planet radius. As this diagram 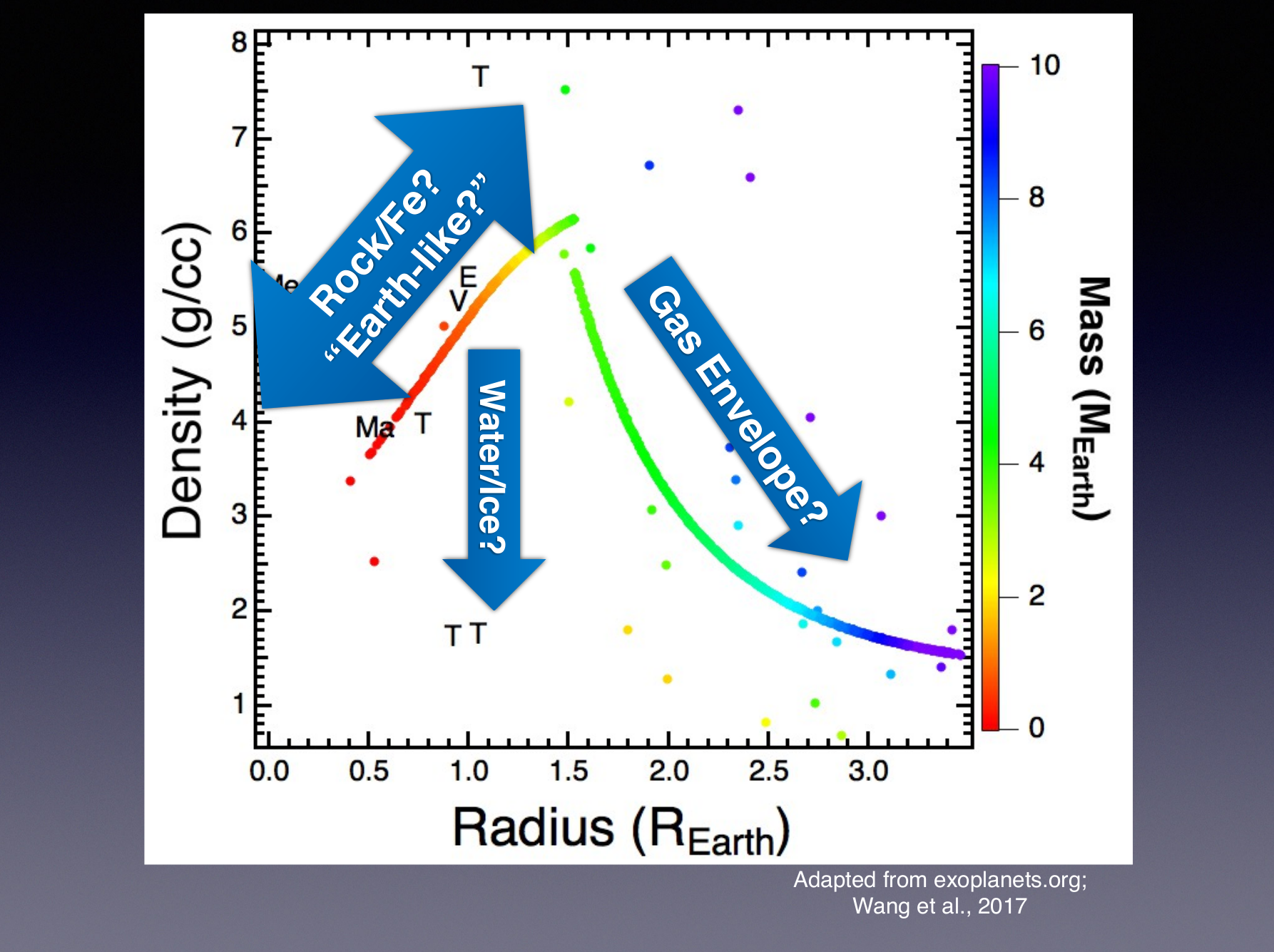 from a talk by Cayman Unterborn at the recent "Know Thy Star - Know Thy Planet" conference shows, is a transition from rocky (like Mars, Venus, Earth; the 'Ma', 'V' and 'E' on the diagram) exoplanets with increasing density as ~1.5 Earth radii is reached to "Neptune-like" gas giants with increasing amount of a gas envelope, possibly with a denser core. (The size and type of Jupiter's core is not a totally settled question for example and so the wider range of exoplanets could have a wide variety of core properties). There is a lot more information in this blog post on 'Which small exoplanets are rocky' which talks about what we can learn about planets in the 0.5 to 4 Earth radius regime.

At higher radii (approximately 11 Earth radii/1 Jupiter radius) what you are seeing is the effect of electron-degeneracy pressure. This causes the radii of exoplanets with a mass of about Jupiter, brown dwarfs up to 80 times the mass of Jupiter and low mass M dwarf stars (with a mass of hundreds of Jupiters) all to have very similar radii but with widely varying densities. This causes the near-vertical line on the right hand side of your plot. This is also what makes it very difficult to know whether you have a star, brown dwarf or a planet if you only a measure of a transiting object's radius (from e.g. Kepler) and don't have a mass measurement (usually from radial velocities) to go with it.

5
How are exoplanets with 10,000 day periods discovered with the radial velocity method?
2
Can concentration of gas in exoplanet atmosphere be found out from wavelength and absorbing radius from spectral data?
3
I have seen so many articles but how can finding exoplanet density determine composition