Tables of aphelion/perihelion dates for other planets?

It's relatively easy to find tables for Earth aphelion and perihelion dates and times, such as this one:

But what about the other planets in the solar system? Are there tables or lists of aphelion and perihelion dates for them too? I checked Wikipedia, but it only lists perihelion distances and not dates, so it is insufficient.

This is the error I get on the SPICE web interface. 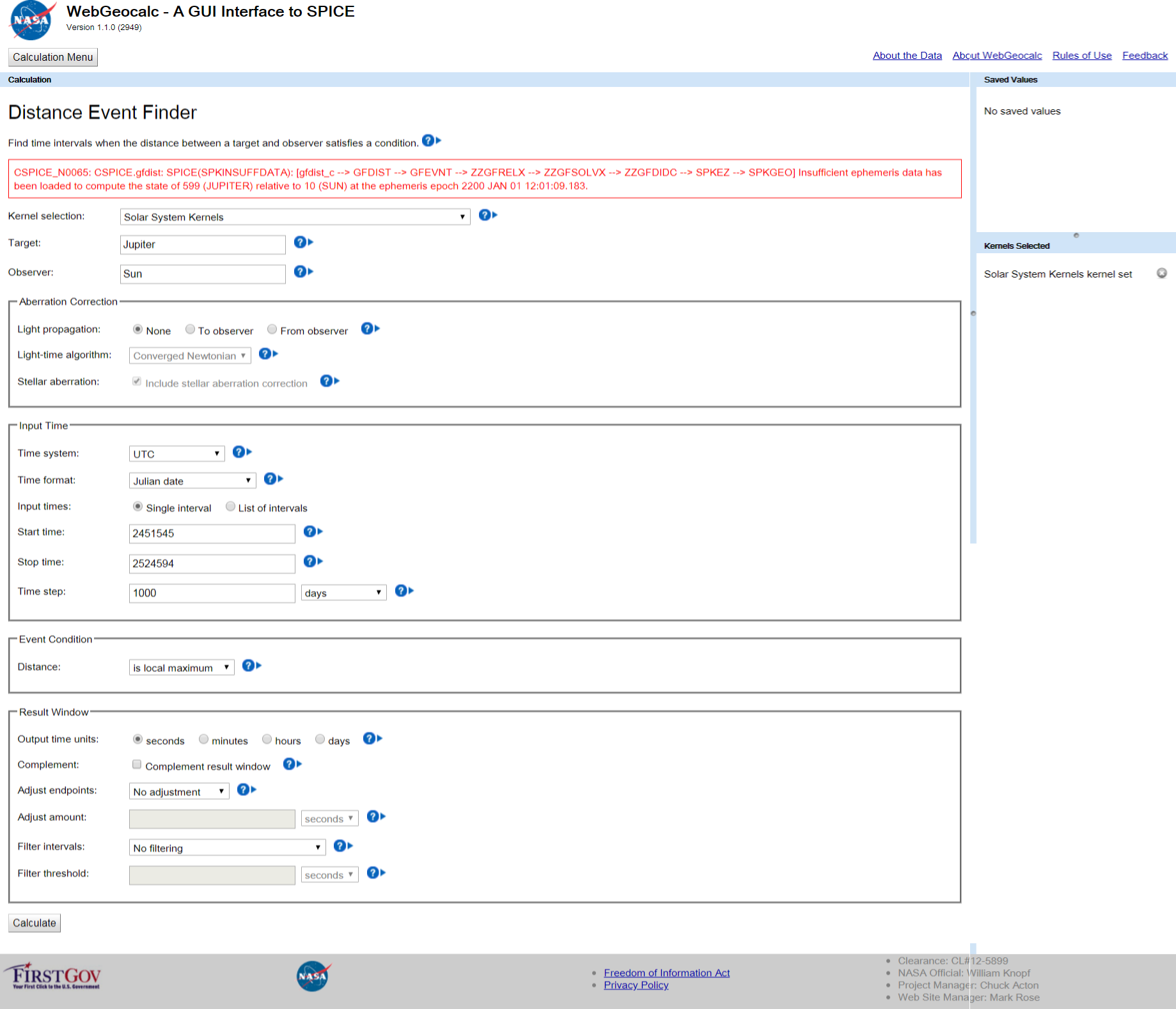 (too long for a comment, this answers why barycenter data is available for a much longer time span than planet center data)

They then compute the locations of the moons and the planet's center itself. These calculations are done for a much shorter period of time.

If you search for "Astronomical Ephemeris" you will find plenty of resources. For example: http://astropixels.com/skycal/skycalmain.html

Not the answer you're looking for? Browse other questions tagged planet orbital-elements resource-request or ask your own question.

4
How many observations does it take to determine the orbit of a TNO
6
Is there a web service providing orbital data of solar bodies (planets, comets, asteroids, dwarf planets)?
3
Math for calculating the terrestrial longitude directly under the sun with time
7
Orbital eccentricity variation of the other planets?
1
Distance and orbital period for terrestrial binary planets
5
"Official" time for other planets
2
What is the planet relative to earth that shows the greatest change in apparent brightness?
3
How to calculate the argument of perihelion for exoplanets with incomplete orbital elements?
2
Perihelion dates and parameters
3
Is this a potential planetary setup for the Alpha Centauri System?