Does the solar system also have cardinal directions? Which one is North and in what direction does it point?

In that system, centred around the sun and our solar system by extension, the North pole is in the constellation Draco. According to Wikipedia, the coordinates from Earth are right ascension 18h 0m 0.0s (exact), declination +66° 33′ 38.55″. 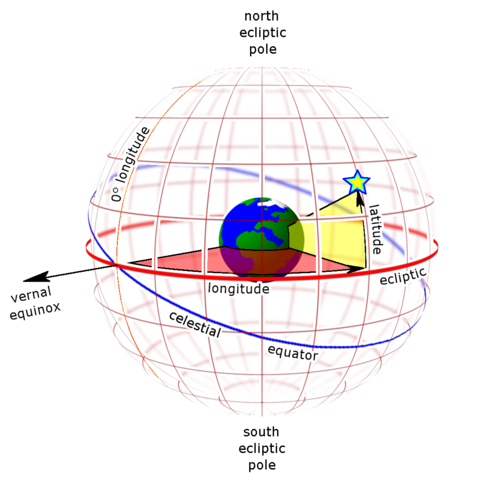 Generally you use celestial coordinates, which are analogous to longitude and latitude, but instead use right ascension and declination. Right Ascension uses hours, minutes, and seconds, and Declination uses degrees, minutes, and seconds. Longitude and latitude are the same no matter where you are on the Earth. If you are at the North Pole, then the coordinates of New York City are the same as if you were standing in Beijing. However, with celestial coordinates it changes based on where you are, but the difference is very very small if you stay within the solar system and nearby stars. The difference gets larger when you are far away from our Sun, so generally you would need to declare a reference frame. For example, the location of Sirius from the Earth would be different than the location of Sirius from...say...Polaris. Also, due to the proper motion of the stars and the Milankovitch cycles (notably axial tilt), the coordinates would need to be updated every 50 or so years.

On the ISS, they use North, South, East, and West (they predefined where those pointed), and they also use Zenith and Nadir for the up and down directions, since you can move in three dimensions.

Not the answer you're looking for? Browse other questions tagged solar-system or ask your own question.