The Sun currently has a stellar class of G2V. However, since its birth, the Sun has brightened significantly. What would the Sun's class have been when it was born ~4.6 gyr ago?

However, there were much bigger changes during the 20 million years or so before the Sun reached the ZAMS. It was cooler and briefly much larger. This would be reflected in a spectral classification that was something like K5IV- M0IV; indicating a subgiant-like gravity and a temperature of about 4000K. As it aged, it would then shrink and become hotter, passing through the G5V-K5V spectral types before reaching the main sequence.

If you can synthesise these two diagrams in your head, you can see what I mean. 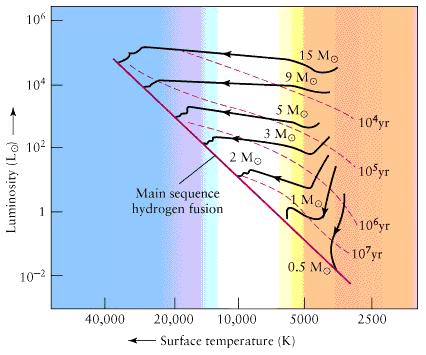 Spectral types on the Hertzsprung-Russell diagram 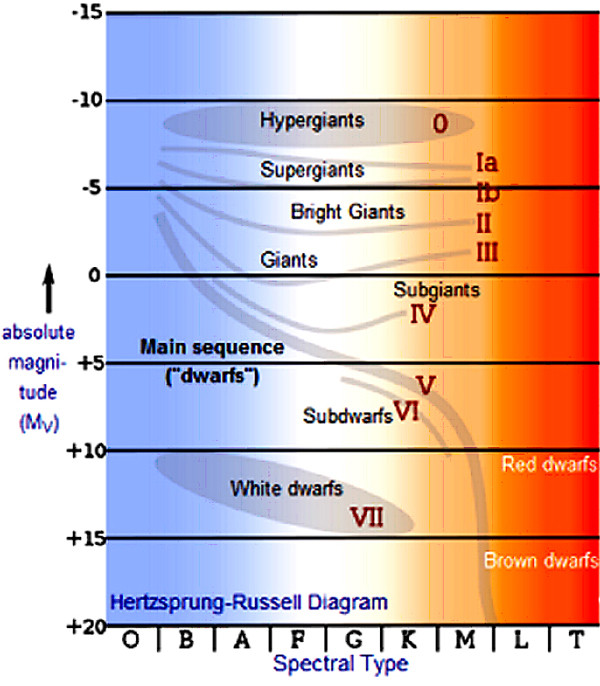 It is true that on the main sequence, where most stars spend most of their lifetimes, mass is the main determining factor of all stellar parameters, with metallicity and angular momentum distant second-most important factors.

However when a star is born, from the moment it becomes detectable, it moves through several stages of structural evolution, which surely do not classify as the stellar class that it later has on the main sequence.

The evolutionary stages of this pre-main-sequence (PMS) star can be described in the astronomer's favourite diagram - the HR-diagram - via the Hayashi track. The Hayashi track is for any star of given mass the sequence of colour-luminosity values that it attains during its PMS evolution.

As colour gives the stellar class, there is an evolution in stellar class for all stars, even on the main sequence.

since its birth, the Sun has brightened significantly.

is incorrect. Once the sun arrived at the main sequence, it still brightened, yes, but that means there was an increase in Luminosity. As the wiki page on the sun's evolution clarifies in the figure seen below, the temperature however didn't change much during that time, therefore also not the stellar class. 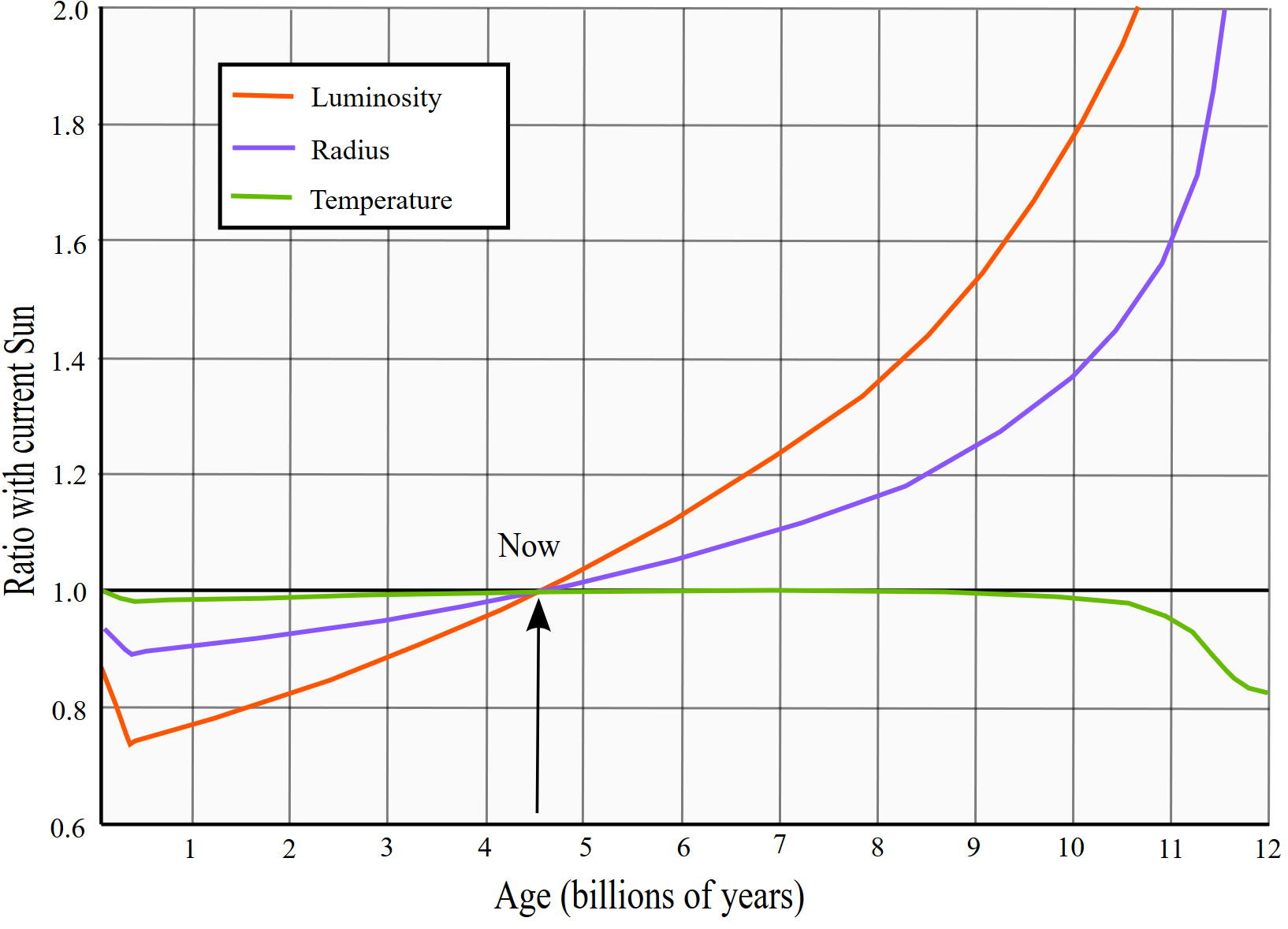 Summarizing During the pre-main-sequence of a star the stellar class evolves significantly, on the main sequence it doesn't.

Mass is one of the major factors that determine the spectral class of a star when it is born.

So even though protostars don't have a spectral class determined by scientists, the star that it ends up becoming in its main sequence is really what its spectral class is.

So in this case, the Sun in it's protostar stages still was on the G2V route - it was taking the same (or at least similar) life cycles as stars in the G2V spectral class.

To the 2nd part: Check out this website, especially from page 18: http://www.astro.umass.edu/~myun/teaching/a100_old/Astro100Mar25.pdf. There's a lot of equations on there.

On a side note, looks like someone asked about the luminosity+temperature and mass relationship on here as well: https://physics.stackexchange.com/questions/12589/are-there-formulae-for-calculating-stellar-luminosity-and-effective-temperature

If I find more information, I'll comment it or edit it onto my answer. Hope that helps!

Not the answer you're looking for? Browse other questions tagged the-sun stellar-evolution classification .

2
Why do we not find larger quantities of helium in the Sun's atmosphere?
89
How can there be 1,000 stellar ancestors before our Sun?
2
From original burst, fraction of stellar mass still surviving on Main sequence
15
When did scientists discover that the Sun has a life cycle and that it is going to die?
3
What would happen to the Sun's evolution if it collided with another yellow dwarf?
21
How hard is it to find the Sun's "sisters?"
2
Was the young Sun cooler or hotter than it is today?