At what latitude could Orion's belt and Aldebaran be ~10 degrees above the horizon at the same time?

In his appearance on television contained in the video The Mystery That Keeps Neil deGrasse Tyson Up At Night, in the backdrop behind astronomer and educator Neil deGrasse Tyson and the talk-show host, what latitude on Earth would have Orion's belt and Aldebaran at equal elevation (about 10 degrees) above the horizon? Could that be Sunrise/Sunset, or are those just city lights?

He's known to be a stickler about such things (the story about the stars in the movie Titanic for example). This background must be calculated from a particular latitude at least (if not longitude and/or season). 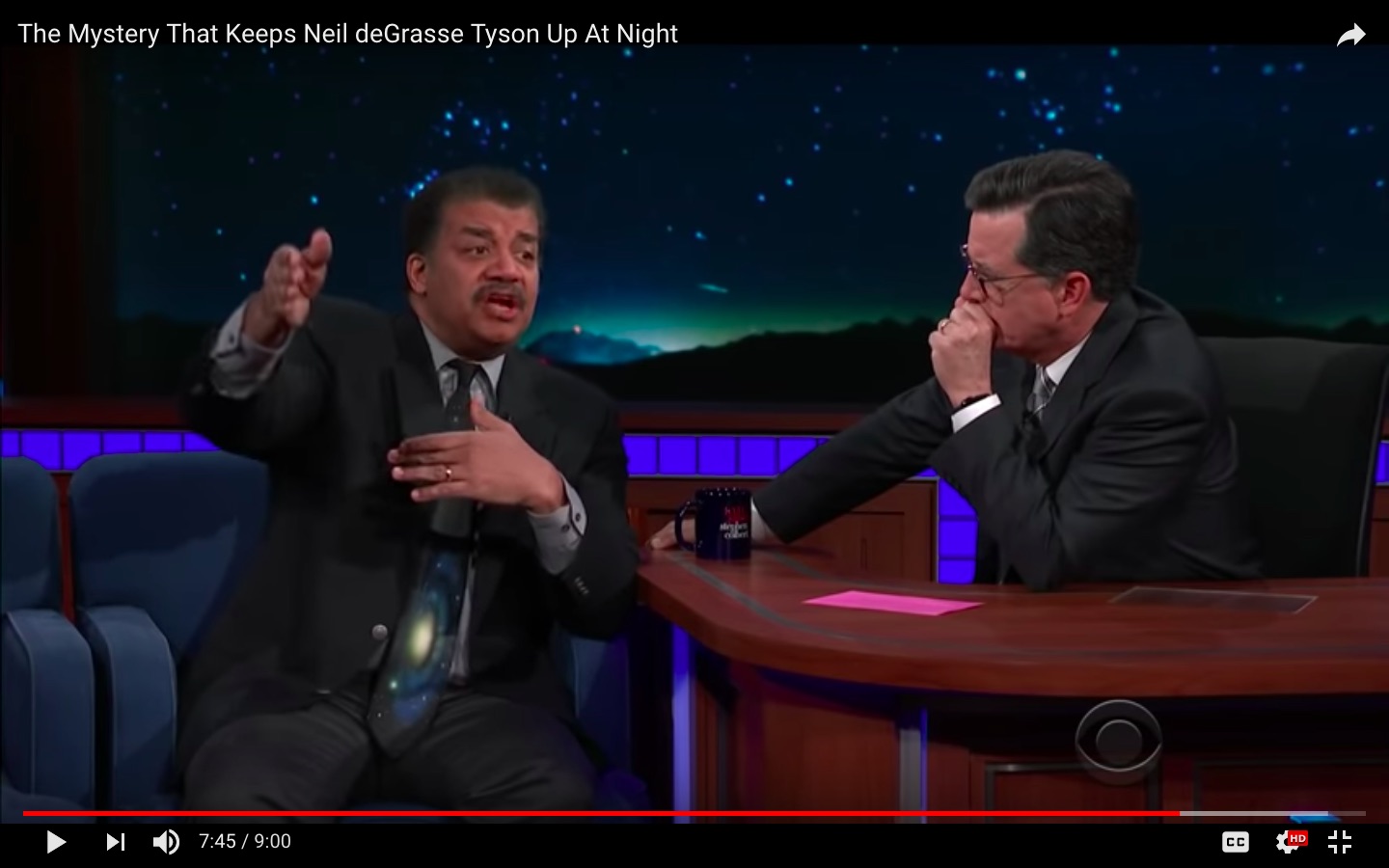 This sky configuration is consistent with 40 degrees N, at about 6.30am (local time) at the end of November. If you went to mid November, this would look the same at about 7.30am (ie 1 hour per half month).

The latitude of New York is about 40N, which makes sense for a this particular US TV show, which is recorded live in New York City, "just down the street" from where Dr. Tyson works as directory of the Hayden Planetarium.

The way I guessed was from a combination of things. From where I live I'm familiar with the eastern sky, so it was obvious this wasn't looking east. So I played around with different times of day and directions, which confirmed this was a view from looking west, and south of where I live (50N).

This can be quickly confirmed with any on-line "planetarium" or sky viewer. For example here's a shot from in-the-sky.org in planetarium mode, set to New York City, 6:15 AM November 20. It puts Aldebaran and Orion's belt both at about 10 degrees above the Western horizon, with only the beginning of twilight. Obviously other combinations of nearby dates and times can work as well.

The point is that the light in the image in the question is not the sunset or sunrise, so it must be a distant city in the West. 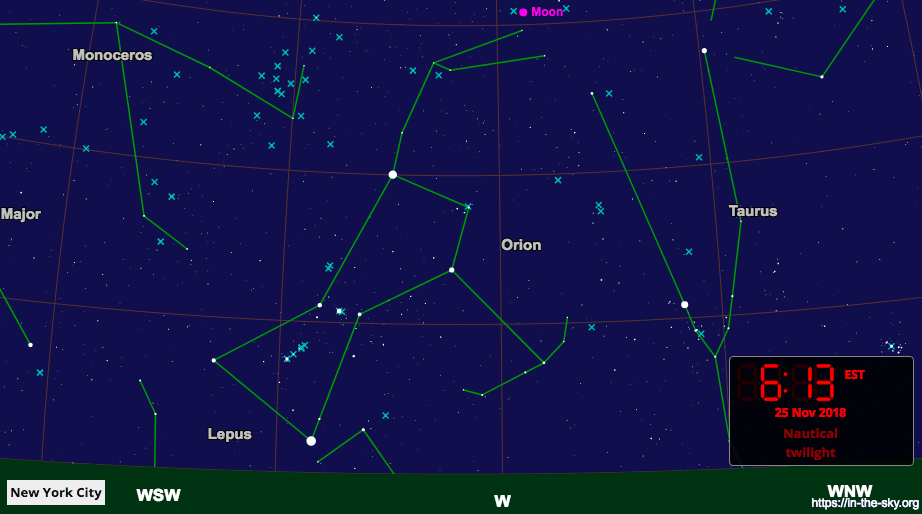 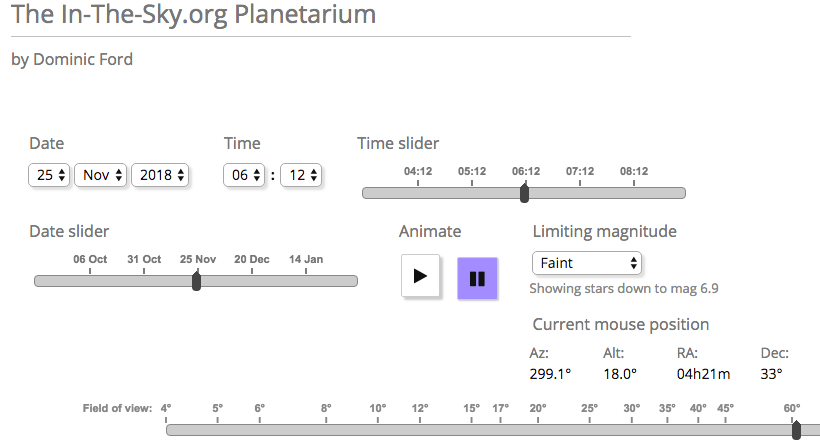 Not the answer you're looking for? Browse other questions tagged constellations astrometry or ask your own question.

2
During what time of the year can Centaurus be seen from Tokyo?
4
Gaia: What is the difference between CCDs used for astrometry, photometry, and spectroscopy?
1
How could I determine what areas of the Milky Way will be visible?
1
How can GAIA's accuracy for position, parallax, and annual proper motion for a given star be the same number?
5
How could one use the transit of Mercury to try and find the Astronomical Unit?
4
What is the mean separation between a star and its closest neighbor in the Milky Way halo?