If Europa has an oxygen atmosphere with a water mantle, is it possible that there could be life under the crust of Europa ice on the ocean where it is warmer? What could be the temperature under the ice? 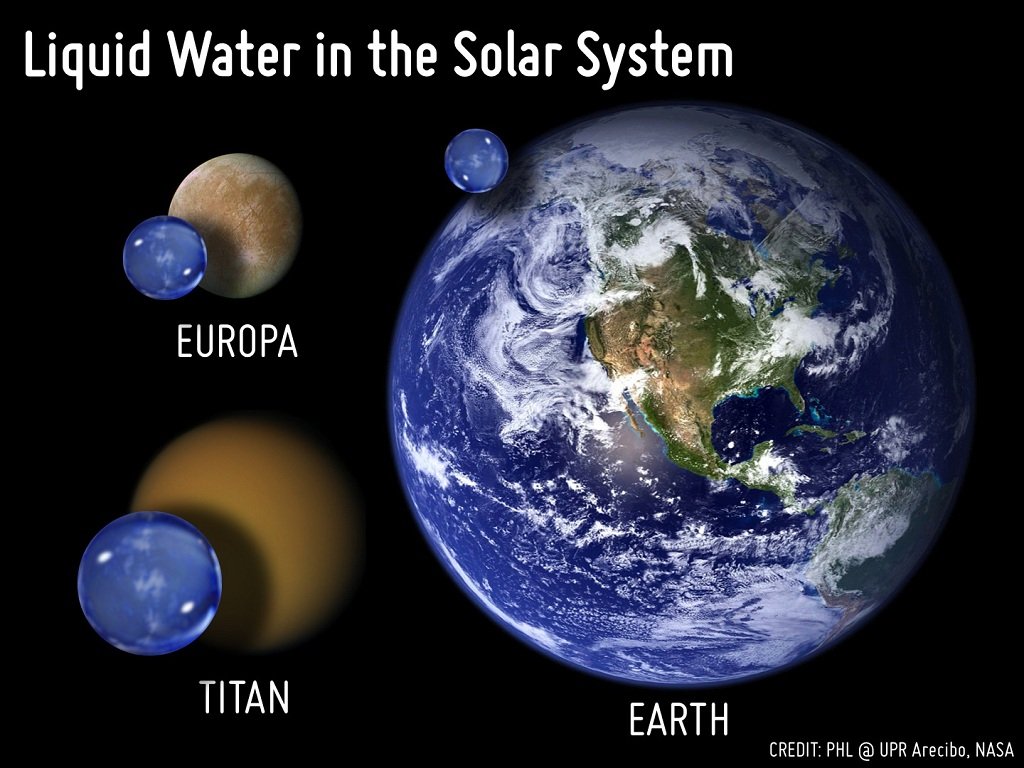 Image of all the water of Earth beside it in a sphere. 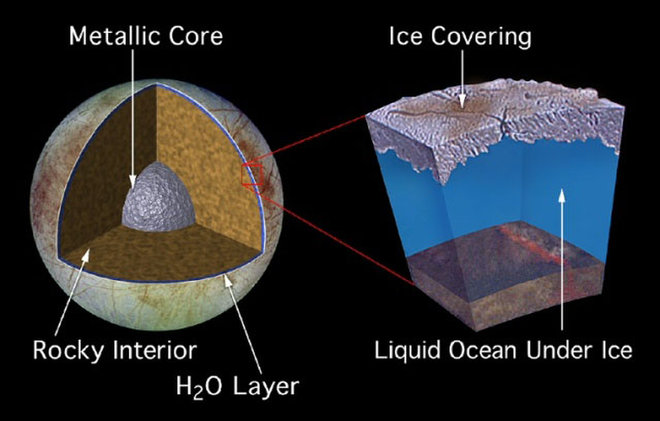 No, nothing on Europa could possibly be photosynthesizing as we know it. Jupiter doesn't emit light, and what it reflects from the sun is not enough, plus there's no significant amount of carbon dioxide there.

However, the first life on Earth was not plants, it was chemotrophs. These bacteria gained their energy from the heat of hydrothermal vents, and if there's life on Europa, it would almost certainly take this form.

About the temperature: Europa's heat comes from friction due to tidal forces, so it comes from within. The water temperature increases as you go down, but the pressure is crushing down there and it's unknown whether life could form under those conditions.

The tenuous oxygen atmosphere comes from charged particles hitting it's cold surface and creating vapor. It does not indicate biological processes.

Not the answer you're looking for? Browse other questions tagged light planetary-atmosphere life core europa or ask your own question.

3
Is there enough light to grow plants in the ocean of Europa?

9
What evidence is there of Earth-Like internal features of Europa?
32
Could any known, living organisms on Earth survive on Mars?
6
How can “Geysers” on Europa reach heights of 100km?
5
Why are ice giants not considered suitable for life?
7
Icy moons: why hasn't the ice sublimated away?
3
Is there enough light to grow plants in the ocean of Europa?
2
Could Mars have oil?
10
Would Europa be an ocean planet if it were in the habitable zone?
2
How thick is the ice on Europa?