In which direction is the sun travelling? 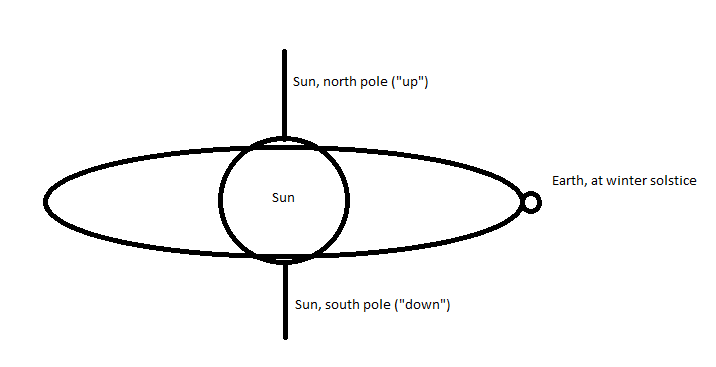 Relative to this simple drawing, can someone explain to me,

The direction of solar motion is referred to as the solar apex. It is at around RA=18h28m and Dec=+30d in the constellation of Hercules (you can see a map on the page linked to). Note that this is the direction in which you would see the "star wars" effect of onrushing stars diverging from the apex point. i.e. It demonstrates the sun's motion with respect to the local stellar population.

On your 2-dimensional cartoon of the Earth's, the circle is the ecliptic plane and the Earth's northern hemisphere (at winter solstice) is tilted away from the Sun at an angle of 23 degrees. The celestial coordinate system defined above is geocentric and the Sun is at 18h -23d at the winter solstice. The apex point is therefore towards the Sun but 57 degrees above it.

Look at the map below (produced by Christian Ready), you can judge where the solar apex is with respect to the Sun and ecliptic plane (green line), which is roughly the path (drawn in your diagram) that the Earth takes around the Sun. 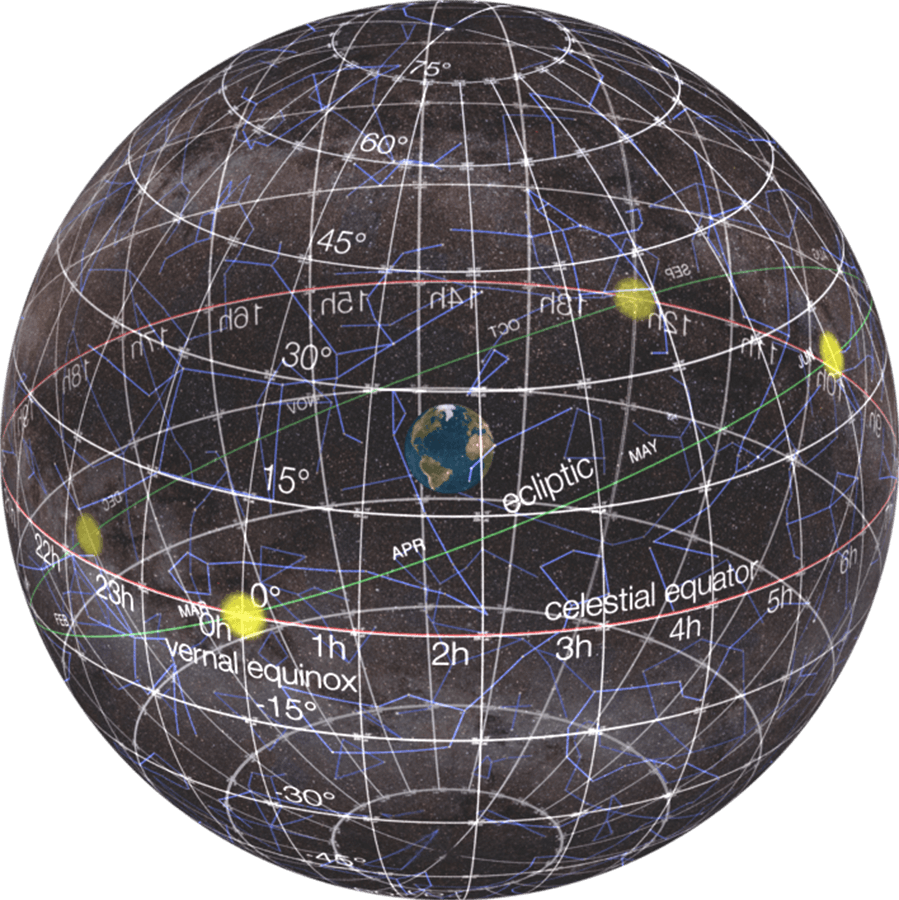 The very bright star Vega is reasonably close to the solar apex direction.

The Milky way centre is at RA=17h45m, Dec=-29d in the constellation of Sagittarius - i.e. almost where the Sun is in December. In Galactic coordinates (see Best approximation for Sun's trajectory around galactic center? ) the Sun moves at about 10 km/s towards the Galactic centre, about 5 km/s faster than the average circular speed (which is itself about 220 km/s) of local stars in the tangential direction and 7 km/s upwards out of the Galactic plane.

Thus the motion of the Sun with respect to the Galactic centre, as opposed to the local stellar population, is basically at $\sim 230$ km/s towards a point that is slightly less than 90 degrees around the Galactic plane and slightly above it. This would be at 9h30m -50d in the constellation of Vela. I think that is into the page and down about 30 degrees in your cartoon.

Relative to your drawing, the sun is moving south-ish:

The solar system is tilted about 60 degrees of the milky way plane, on which it's moving around like everyone else.

The milky way center is to the right of the path the sun is moving on. But I don't know the location when earth is at winter solstice, and you didn't specify northern hemisphere's winter or southern hemisphere's. ;-)

1) and 2) The direction that the Sun is moving is known as the Solar Apex. This Wikipedia article shows a star map, so you can decide which star you want to say is closest. Solar Apex

3) The center of the Milky Way is toward the constellation of Sagittarius.

1
Which direction does the Earth face as it travels through the Galaxy
10
Best approximation for Sun's trajectory around galactic center?
-1
Do planets orbit the sun in ellipses because of sun movement vector?

26
How far is the Earth/Sun above/below the galactic plane, and is it heading toward/away from it?
14
Is the Jupiter-Sun system considered a binary system of some type?
9
Does the Sun turn around a big star?
4
Is a planetary system star's referred to as their sun?
0
What is direction of Sun's axis of rotation relative to the Earth's orbital plane around the Sun?
7
Is the Sun prograde or retrograde with respect to the rotation of the Milky Way?
25
Simple experimental evidence that Earth revolves around Sun
44
Does the sun cross other spiral arms in its movement around the galaxy's center?