Is the nose of the solar system and the solar apex the same thing?

Are the two different, or is simply the information about the location in conflict?

Is the nose of the solar system and the solar apex the same thing?

No, they're roughly 60 degrees apart.

The solar apex does indeed indicate a component of direction of travel within our corner of the galaxy:

There are two different precise measurements here which conflict, I won't speculate as to why Wikipedia is unreferenced on the subject. The galaxy is a place containing a great deal of complex movement and the Local Standard of Rest is moving relative to the galactic plane, the centre of the galaxy and the other local stars:

In astronomy, the local standard of rest or LSR follows the mean motion of material in the Milky Way in the neighborhood of the Sun. The path of this material is not precisely circular. The Sun follows the solar circle (eccentricity e < 0.1 ) at a speed of about 255 km/s in a clockwise direction when viewed from the galactic north pole at a radius of Ōēł 8.34 kpc about the center of the galaxy, and has only a slight motion, towards the solar apex, relative to the LSR.

We're traveling relative to an ever shifting cloud of stars towards Hercules (also shifting), southwest of the star Vega.

The sun's motion in the Milky Way is not confined to the galactic plane; it also shifts ("bobs") up and down with respect to the plane over millions of years.

So you see, there are many components of direction of travel to consider.

There's an unquotable abstract from a Harvard article here, which may give you an idea of how much needs to be taken into account in determining the relative vectors. 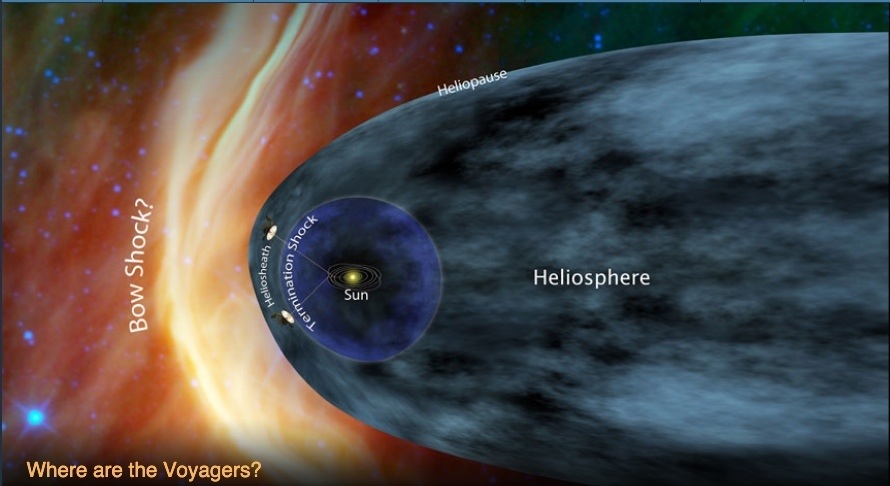 The nose is as you have stated is pointing towards Scorpius.

Not the answer you're looking for? Browse other questions tagged solar-system .

3
What is the current angle of motion of the sun with respect to the Galactic Plane?