I am faced to a problem of interpretation illustrated on figure below : 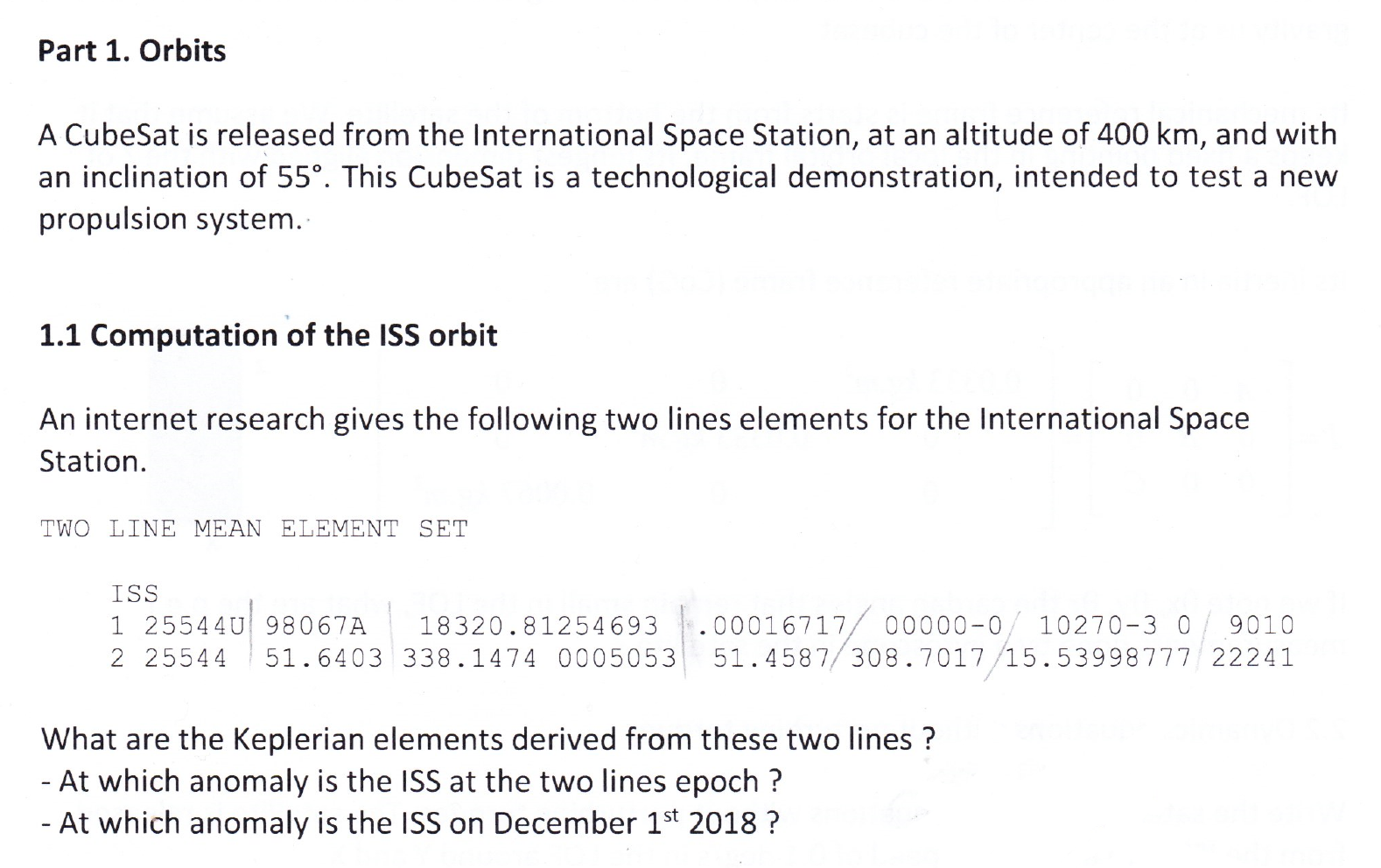 From wikipedia : Two-line element definition, I can extract the following meaning anomaly : 308.7017 ° (in degrees)

But in the 2 questions, I am asked to find :

But how to compute the anomaly of ISS on December 1st 2018 ?

I don't undertand very well the difference between these two anomalies requested.

If someone could help me, this would be nice.

UPDATE 1: Sorry, I must precise that I talk about mean anomaly.

The mean anomaly is much simpler: it just increases linearly with from 0 to 360. It is zero when the satellite is at perigee. So if a satellite takes 100 minutes to orbit and it is perigee at time t=0, then it will be at 90degrees at t=25, 180degrees at t=50. The mean anomaly is just proportional to time. "Mean" here means "average", not "meaning".

To add accuracy you can also use the fact that the orbital period is slowly changing (It is getting shorter as the ISS falls towards Earth due to drag). But this change is not quick and can be neglected over short periods of time.

Not the answer you're looking for? Browse other questions tagged orbit orbital-mechanics iss .