I'm not quite sure how I find the orbital phase ($\phi$) of a transitting exoplanet. For example, I have this RV data in this article: 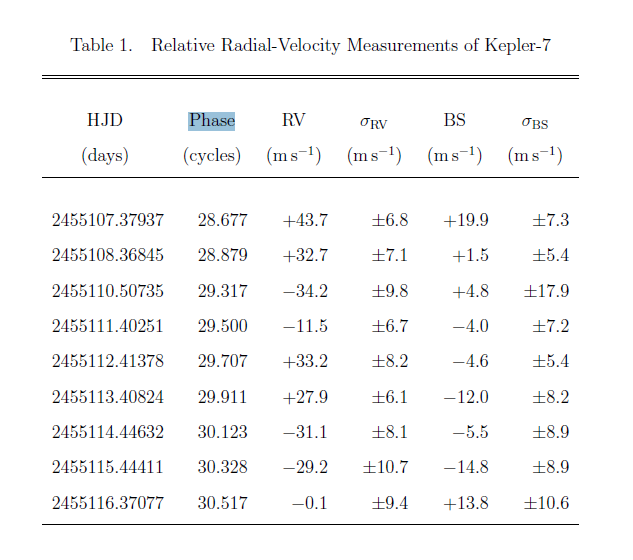 First of all, I don't know how that phase or "cycles" is derived. But that's not the phase $\phi$ I'm looking for but this (in the same article): 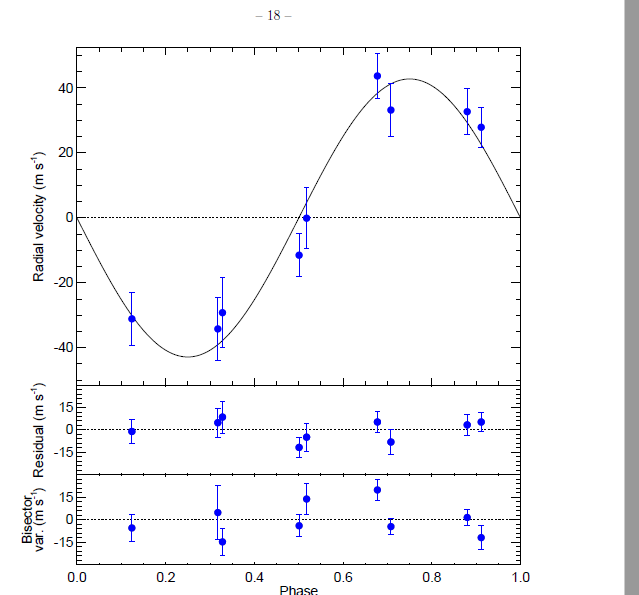 As you see, that phase goes from 0 to 1, and I know it has to do with the time of passage from the periastron and the data time (the HJD column), but I'm not able to derive this number in the interval [0,1]. So, if we assume the orbital parameters are known, how can we derive that number?

The phase as plotted on the graph is constrained in the range [0,1) to plot everything in one orbital cycle (this makes it easier to see the shape of the RV curve). The phase can be obtained by taking the fractional part of the total number of cycles. So the first row in the table with the cycles number 28.677 corresponds to phase 0.677.

Not the answer you're looking for? Browse other questions tagged exoplanet orbital-elements radial-velocity or ask your own question.

3
What's the influence of a tilted orbital plane, when observing an exoplanet transit?
4
Calculating obital velocity from radial velocity
3
Why is it impossible to estimate the inclination of an exoplanet with the Radial Velocity Method?
3
How to calculate the argument of perihelion for exoplanets with incomplete orbital elements?
4
Can we calculate the orbit of exoplanets?
3
Pair together light curve and radial velocity data of specified star
2
When graphing radial velocity measurements, whats the relationship between days and the orbital phase
3
How to calculate center (not focus) of planetary orbit?