Could Ganymede's aurora be seen with the naked eye?

If one was orbiting in the Jovian system, as depicted in this artist conception, 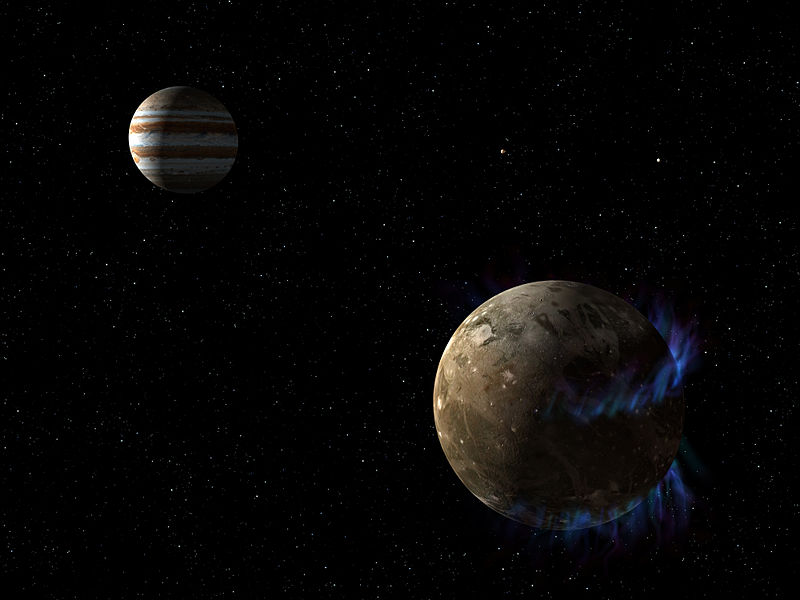 could the aurora be seen unassisted?

The aurora depicted in the artist's conception is of ultraviolet light. It would not be seen with the naked eye.

"NASA's Hubble Space Telescope observed a pair of auroral belts encircling the Jovian moon Ganymede. The belts were observed in ultraviolet light by the Space Telescope Imaging Spectrograph and are colored blue in this illustration. They are overlaid on a visible-light image of Ganymede taken by NASA's Galileo orbiter. The locations of the glowing aurorae are determined by the moon's magnetic field, and therefore provide a probe of the moon's interior, where the magnetic field is generated. The amount of rocking of the magnetic field, caused by its interaction with Jupiter's own immense magnetosphere, provides evidence that the moon has a subsurface ocean of saline water."

Not the answer you're looking for? Browse other questions tagged hubble-telescope naked-eye aurora .

8
Why is Ganymede's aurora only visible in ultraviolet while Earth's is bright green and red?
3
What are the typical emissions of Jupiter's Aurorae?

12
Why is there a black stripe in the Hubble images of Pluto?
1
False-color wavelength assignments in this "drop-dead gorgeous" image of NGC 2903?
24
What detail can Hubble see on Mars?
3
What causes these asteroid trails to be so strangely shaped and repeated?
8
Why is Ganymede's aurora only visible in ultraviolet while Earth's is bright green and red?
34
Can Pluto be seen with the naked eye from Neptune when Pluto and Neptune are closest?
5
What percentage of meteors are visible to the naked eye?