In the early 2010's there were many popular articles that said that the total bandwidth of the the Square Kilometer Array's optical fiber network for raw data from each dish would be larger than the Earth's internet. Here is just one example:

It would require very high performance central computing engines and long-haul links with a capacity greater than the global Internet traffic as of 2013.3

As you can see that link is broken.

The SKA project has several Precursors, pathfinders and design studies but the SKA proper has not been built yet, and perhaps is not even finalized.

Still, with available data, by the time it might be built (2025?) is it likely to still exceed the Earth's internet's bandwidth?

From the SKA Telescope website: "The Operational Model" (.PDF), on the webpage: "Info Sheets", this explanation and graphic is offered: 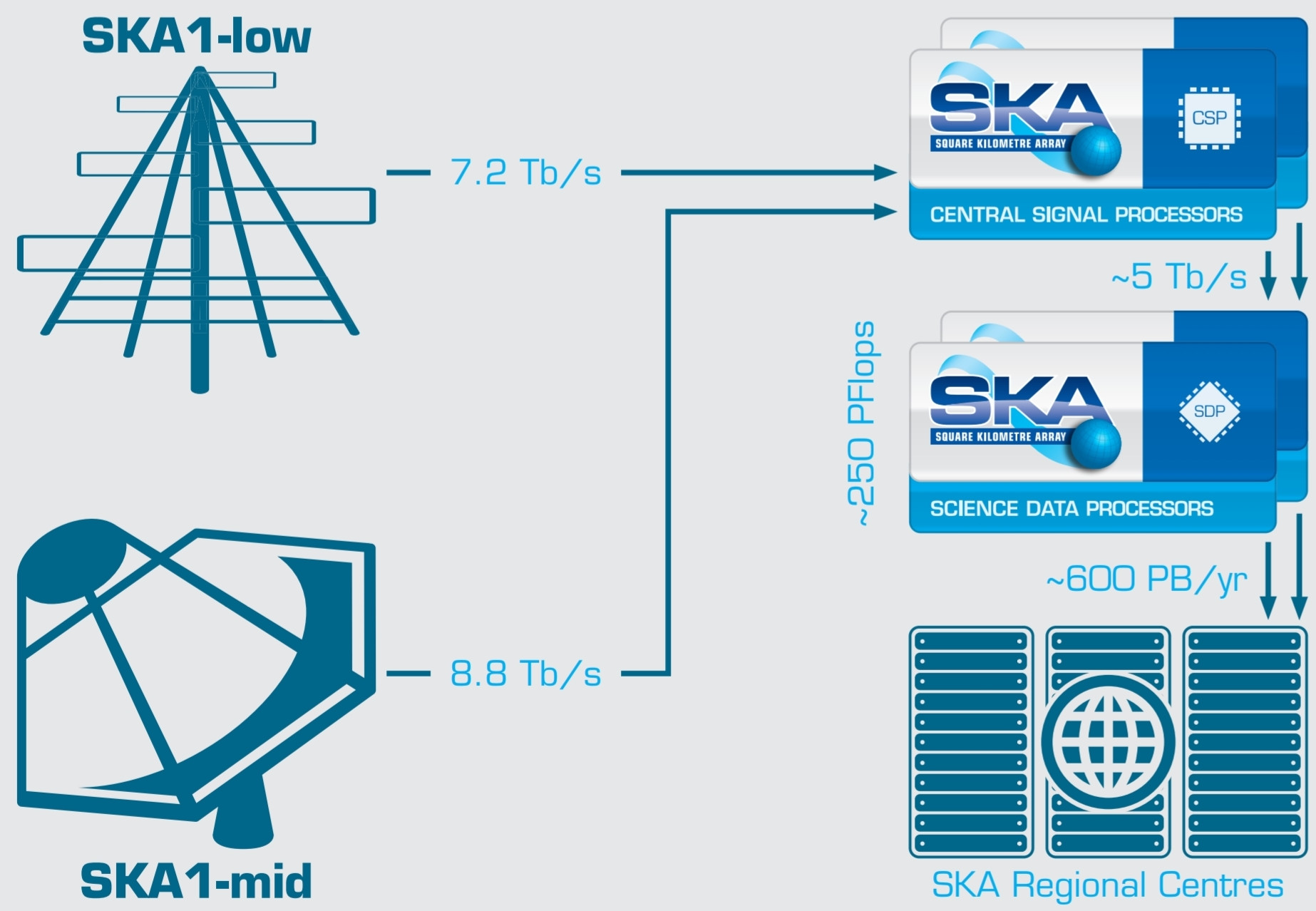 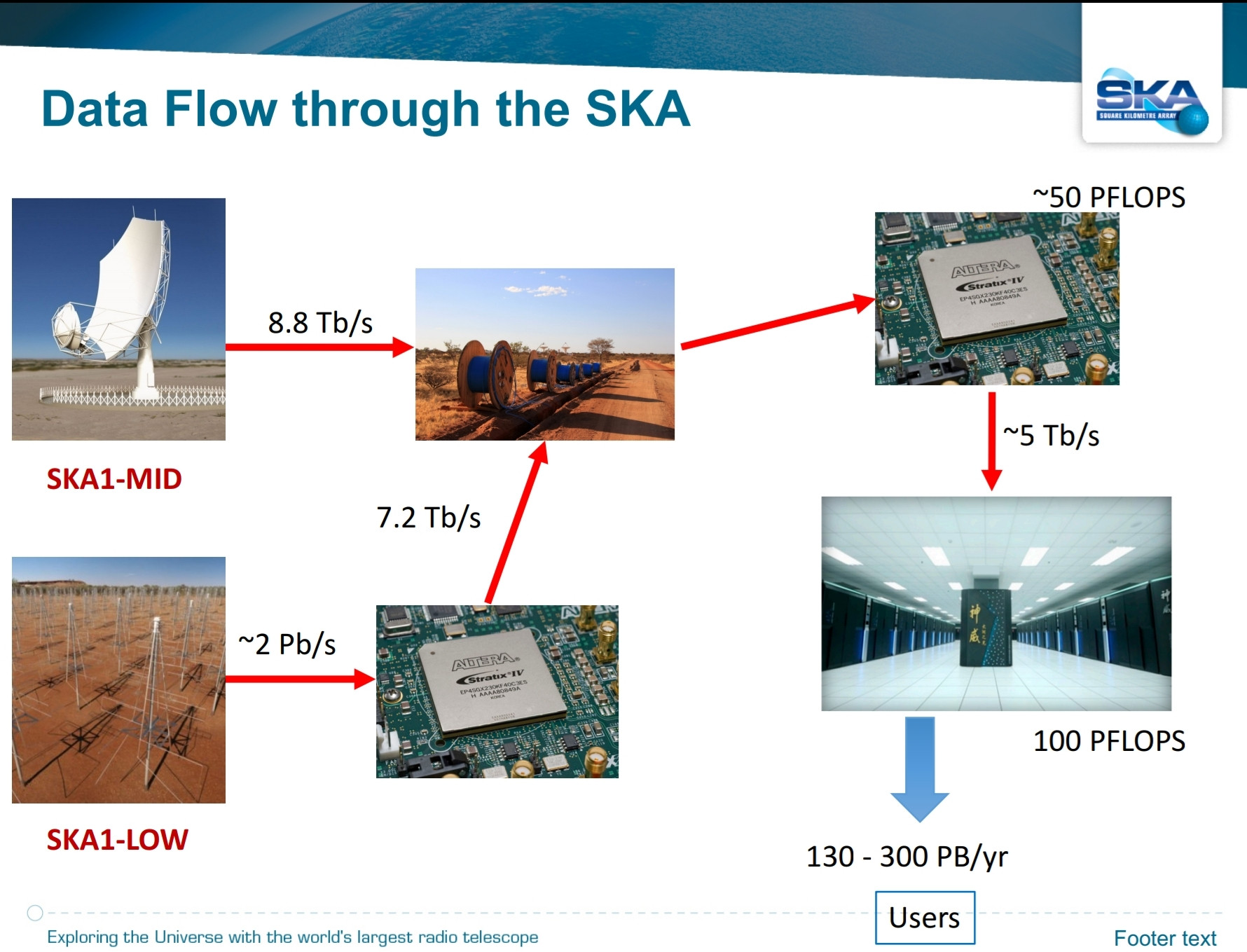 Nothing will flow to /dev/null.

No, it's not even close.

Not the answer you're looking for? Browse other questions tagged radio-astronomy data-analysis radio-telescope raw-data or ask your own question.

5
How does the Event Horizon Telescope implement the interferometry?

7
What is the maximum transmission distance of the radio signal in the outer space which could still be understood?
8
How does radio bandwidth restrict the choice and use of science payload on interplanetary probes?
2
How will the Breakthrough Initiatives affect other astronomy observations?
6
Will there be public access to the New Horizons data from Ultima Thule?
0
How will they know when to start taking the picture of the black hole at the center of the Milky Way?
33
What will succeed the Arecibo Observatory?
2
How the data collected during 5 year DESI operation will be analyzed with regards to finding what dark energy really is?