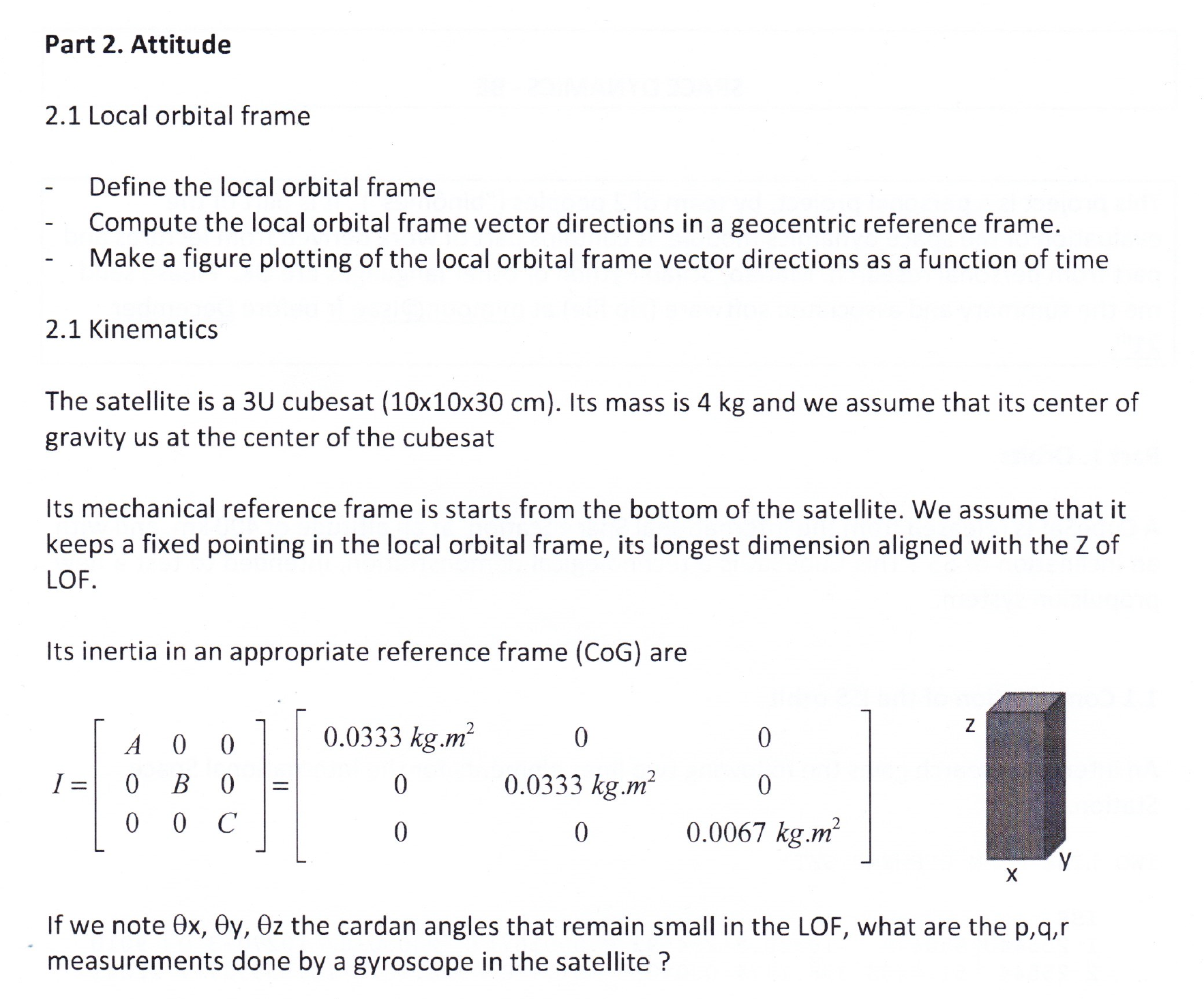 Anyone could give me some tracks or links to find the answer of part 2.1 Local orbital frame ? this would be kind.

I would interpret this as the Local Vertical, Local Horizontal (LVLH) frame (see, e.g., Vallado and McClain, Fundamentals of Astrodynamics and Applications, 4th ed., p. 156). This is also known as the RIC frame (radial, in-track, cross-track) or the RTN frame (radial, transverse, normal).

Not the answer you're looking for? Browse other questions tagged orbit orbital-mechanics satellite artificial-satellite geocentrism or ask your own question.

2
How would the solar system look in a Geocentric model?
3
Orbital speed is (vector) sum of tangential and normal speed?
4
What is the orbital velocity of Pluto around the Pluto-Charon barycenter?
4
Converting orbital elements from equatorial reference frame to ecliptic
20
Was the Geocentric Model correct at all?
6
Cannot identify mistake in calculating orbital eccentricity vector; magnitude equals one instead of zero (with python code)
1
How was Mars' very noticeable change in apparent magnitude explained by the Geocentric Model?
4
Computing the rate of orbital decay
3
Can someone explain to me the TEME reference frame in defining orbital coordinates?