Why is the difference from a perfect sphere the same for the Earth and the Moon?

Wikipedia gives the following physical dimensions for the Moon:

In all cases, the proportion of Earth's equivalent measurement is 0.273. If these figures are accurate, why aren't these numbers (0.273) different from each other at this scale? Obviously, if measured to enough decimal places, differences will appear.

The Moon has less gravity and rotates at a different speed from the Earth. Why don't these cause variability in the different radius measurements? Do they cancel out? It is a coincidence? Is there something about the Earth-Moon dynamics that means over millions of years these proportions gradually equalise?

Why is the difference from a perfect sphere the same for the Earth and the Moon?

It isn't, as soon as you look one more digit further.

If you would like to compare the Moon and Earth parameters further, see the Moon Fact Sheet: 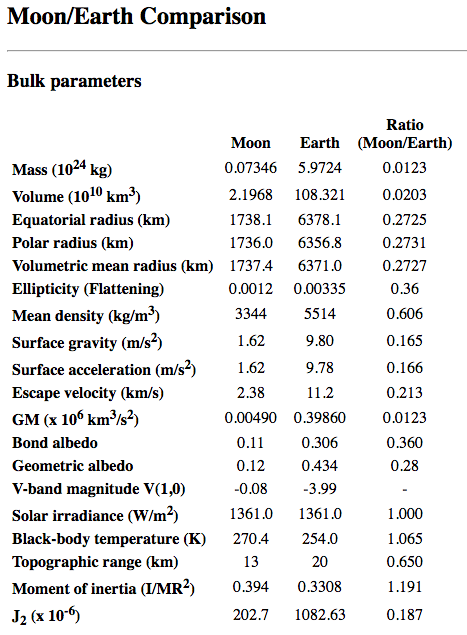 21
Is the moon moving further away from Earth and closer to the Sun? Why?
17
Why is the Moon receding from the Earth due to tides? Is this typical for other moons?
7
What would happen if Jupiter and Earth were at the same distance as the Moon is from Earth?
20
Is it a coincidence that both the sun and moon look of same size from earth?
2
Visibility of earth from moon during day-time of moon
10
Why doesn't the sun pull the moon away from earth?
3
Length of a tidal day or by how much is the Moon late each day?
15
Why is the Earth-Moon distance not the same at each perigee/apogee?
51
Why is moon light not the same color as sunlight?