Happy lunar new year! When will "sunset" happen for Chang'e-4 and Yutu-2?

Firecrackers all night and all libraries being closed here are two good indicators to a nerd like me that Lunar New Year has come again, and that means that it's the beginning of a lunar month and new Moon as seen from Earth.

That also means that the Chinese lander Chang'e-4 and rover Yutu-2 should be in sunlight since they are on the far side of the Moon.

What phases of the Moon as seen from Earth correspond to times of sunrise and sunset for those two?

tl;dr: To an accuracy of about a half of a day:

Longitude on the Moon is measured both east and west from its prime meridian. When no direction is specified, east is positive and west is negative.

Roughly speaking, the Moon's prime meridian lies near the center of the Moon's disc as seen from Earth. For precise applications, many coordinate systems have been defined for the Moon, each with a slightly different prime meridian. The IAU recommends the "mean Earth/polar axis" system,2 in which the prime meridian is the average direction (from the Moon's center) of the Earth's center.3

Simplifying further, seen from Earth, 0° longitude wobbles near the center of the lunar disk. (see also 1, 2, 3)

So Chang'e-4 and Yutu-2 sit almost diametrically opposed to the Earth longitude-wise, and so sunset on the Moon's prime meridian is close to sunrise for the pair, and vice-verse.

What phases of the Moon as seen from Earth correspond to times of sunrise and sunset for those two?

We know where Chang'e-4 landed because it returned video of it's own landing.

From How did Chang'e-4 hover, rotate, and then descend so gracefully? (Video).

Additional verification that Chang'e-4 and Yutu-2 are in Von Kármán crater: 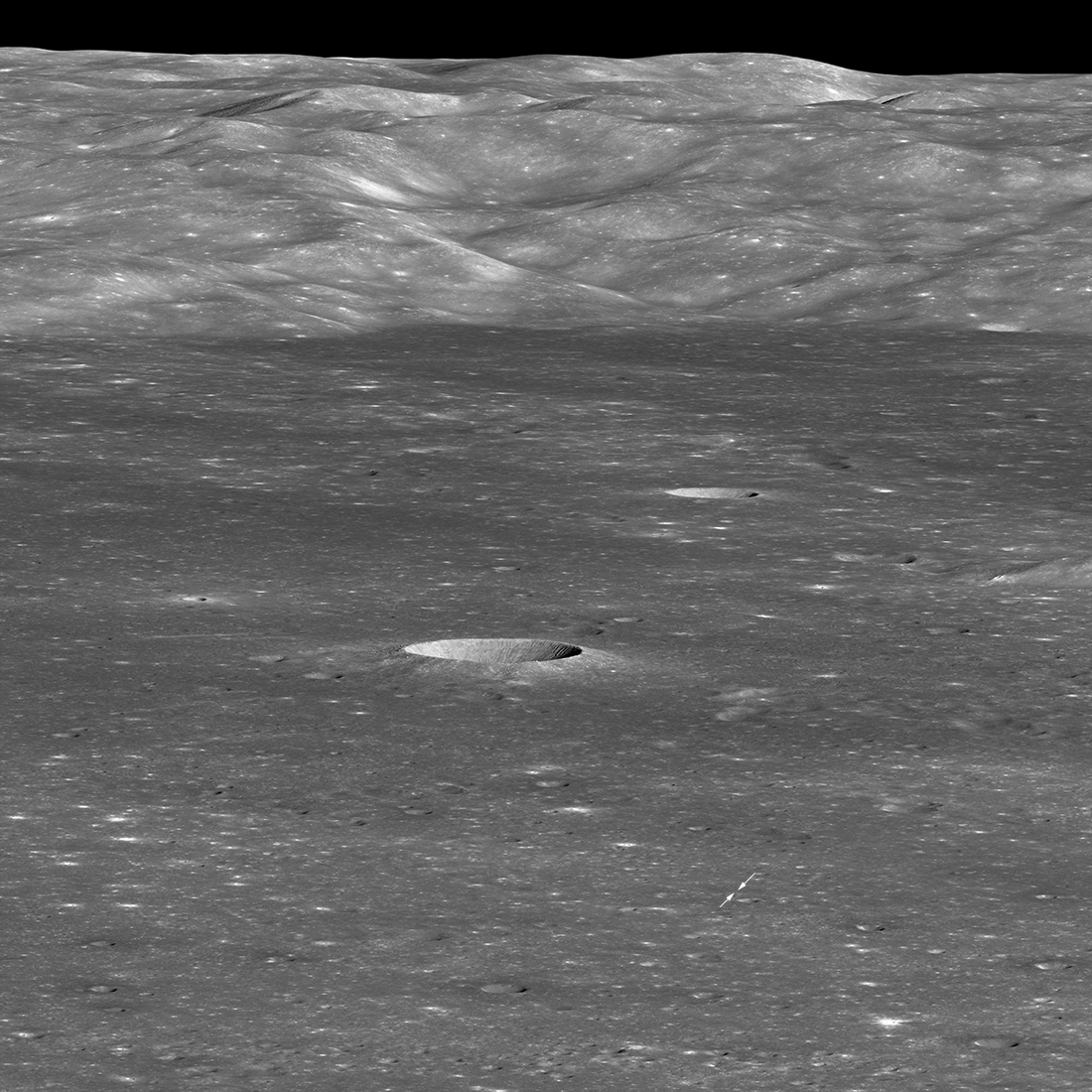 Arrows indicate position of Chang'e 4 lander on the floor of Von Kármán crater. The sharp crater behind and to the left of the landing site is 3900 meters across (12,800 feet) and 600 meters (1970 feet) deep. Image was shrunk by more than a factor of ten (full resolution available inside the post). LROC NAC M1303521387LR [NASA/GSFC/Arizona State University]. 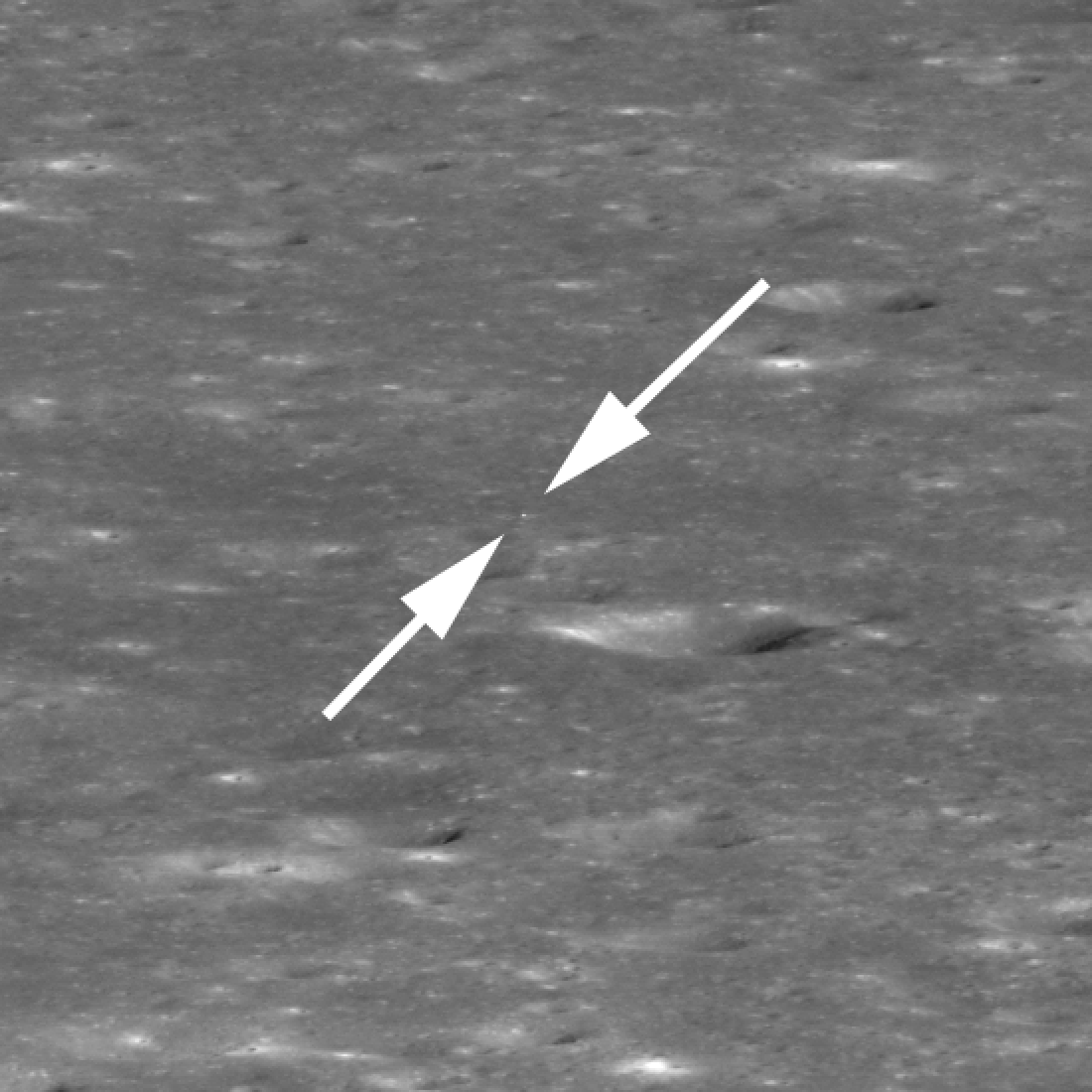 Area around lander enlarged by a factor of two relative to the native pixel scale (see zoomify below), bright speck between two arrows is the lander. The large crater in the center (just right and below arrows) is about 440 meters (1440 feet) across. LROC NAC M1303521387LR [NASA/GSFC/Arizona State University].

1
How significant and accessible is modern Chinese astronomy?
3
Recognising lunar month only by looking at the sky
8
How open is China in sharing data from the Chang'e 4 mission?
1
Pekin Chang'e 4 Mission, Shadow?
6
Why would the Chang'e-4 lander find lunar far side temp. "colder than scientists expected", when the LRO has already been taking thermal readings?
3
Did NASA/JPL get "waning" and "waxing" backwards in this video?
1
First visibility of the moon
10
What orbital period would produce one New Moon (and one Full Moon) each year? What other effects would this produce?
3
Determining the percentage area of the moon's disk shaded with respect to time
5
How long does lunar opposition surge last? Are there measurements of the full Moon getting suddenly brighter?