Is gravitational lensing a good way to search for negative mass?

Is it possible to verify negative mass with gravitational lensing? The following video proposes an idea that galaxies are surrounded by negative mass: https://youtu.be/MZtS7cBMIc4

Could this be proven or disproven by looking at gravitational lensing of distant galaxies, by looking at Hubble Deep Field images? I would expect if negative mass surrounded a galaxy, it should cause the opposite effect of the positive mass galaxy. If there is surrounding negative mass, there should be an “anti” lensing effect just outside the normal lensing effect. Could someone perform this analysis and confirm or deny that idea?

Edit: In the following image, and others, I have looked to see if I could see such an effect out further from the source visually, and it is hard to tell. There are so many galaxies in front that aren't affected by the lensing. It might take a computer analysis of images surrounding the "ring" effect to see if there is a "radial effect" around the ring. Most images probably don't show enough of the surrounding area to where the radial effect as predicted in the paper Izumi et al. (2013) would be apparent. If this is present, I would think it indicates negative mass surrounding the positive mass, and would be a huge discovery confirming negative mass! If absent, it would likely show that there is at least not a significant amount of negative mass clustered around the galaxies (wouldn't be a total disproof of negative mass). 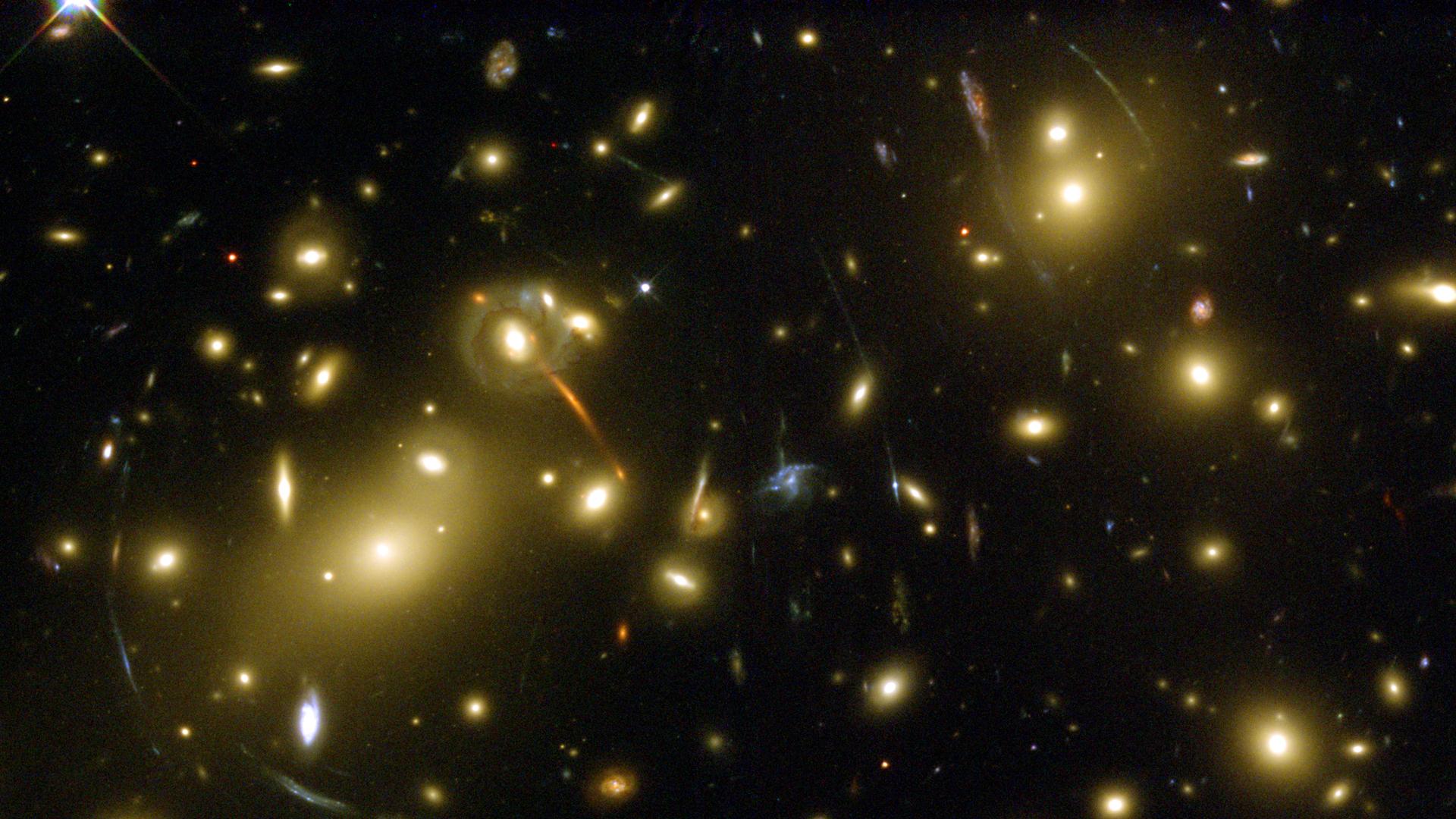 This was discussed in a recent paper by an Oxford cosmologist: https://arxiv.org/abs/1712.07962

It claims that there have already been some detections of negative mass using gravitational lensing:

One reference I found on this subject was Izumi et al. (2013), who note that the images produced by lensing around a negative mass are radially distorted while lensing by a positive mass are tangentially distorted, and that this effect can be distinguished without prior knowledge of the lens position by measuring the alignment of lens images.

I am not an expert in general relativity so I'm not able to evaluate their results, but assuming the paper is correct it does look like negative mass could indeed be detected by observations of gravitational lensing. The question of whether negative mass exists is another matter, so far it doesn't look like a likely prospect.

Not the answer you're looking for? Browse other questions tagged galaxy gravity hubble-telescope gravitational-lensing or ask your own question.