Is the moon inside earth’s atmosphere? If so, what are the consequences?

Recently, a paper was published claiming that the Earth’s atmosphere extends far beyond the Moon. This has been reported on by a number of news sources and websites, including the ESA, Business Insider, Space.com, and EarthSky.org.

If these findings are true, how does this affect the current understanding related to the measured atmospheric pressure, the currently accepted pressure in space between the Earth and the Moon, the pressure on the Moon, the effect of Earth's gravity on the atmosphere, and Earth's ability to maintain this extensive atmosphere while traveling through the Solar System? Is the atmosphere gradually lost or replenished? 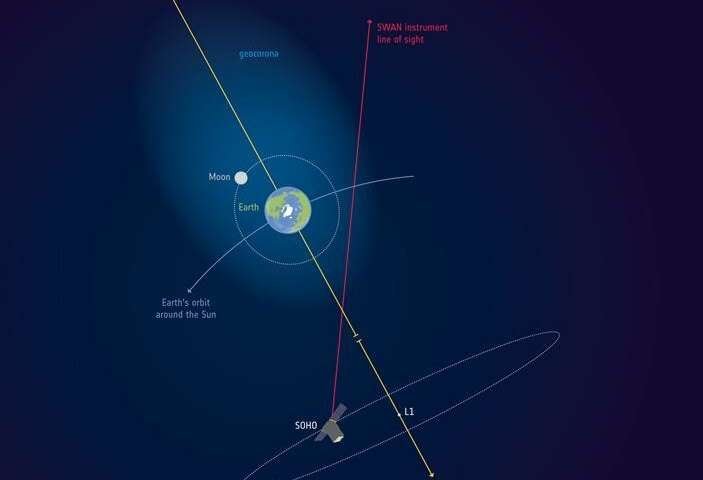 It's long been known that Earth's atmosphere gradually reduces in density, and is detectable to very high altitude.

A 1976 atmospheric model has data up to 1000 km of altitude. At that altitude, atmospheric density is on the order of 10-15 kg/m3. This is already better than the best vacuum we can create on Earth's surface. So we can call this an atmosphere (because it contains gases also found on Earth at ground level), but its consequences are limited.

It's sparse enough that at this altitude, atmospheric drag on satellites is negligible for the lifetime of a satellite.

Earth's atmosphere loses some mass to space: at high altitude some atoms achieve escape velocity. This is replenished by evaporation and outgassing on Earth. For example, helium gas starts its life as alpha particles from uranium decay, the gas seeps through the ground, rises through the atmosphere (because it's much lighter than air) and eventually escapes.

We already know with very high accuracy that the Moon slowly moves away from us as it's slowed down. Most of that slowdown is caused by tidal effects, but there will also be an atmospheric component. Due to the very low density, this component will be small.

Not the answer you're looking for? Browse other questions tagged the-moon gravity earth planetary-atmosphere .

18
Does the Moon have any oxygen in its atmosphere?
3
If the moon still had a magnetic field how long would have been possible to keep an atmosphere?
1
What is the boundary in the atmosphere seen in this video?
3
What would be the practical consequences (on earth) if the Moon was not tidally locked?
7
What causes the abundance of dust to 'float' in the thin lunar atmosphere?
1
Could the Moon sit on the Earth?
1
What are the real conditions for the creation of an atmosphere/loss of an existing atmosphere?
5
Did the Moon have a substantial atmosphere in the past?