If blackholes are spherical, what is the prespective of the blackhole image? [duplicate]

Ask Question
Asked 2 years ago
Active 2 years ago
Viewed 162 times
4
$\begingroup$
This question already has answers here:
M87 Black hole. Why can we see the blackness? (4 answers)
Closed 1 year ago. 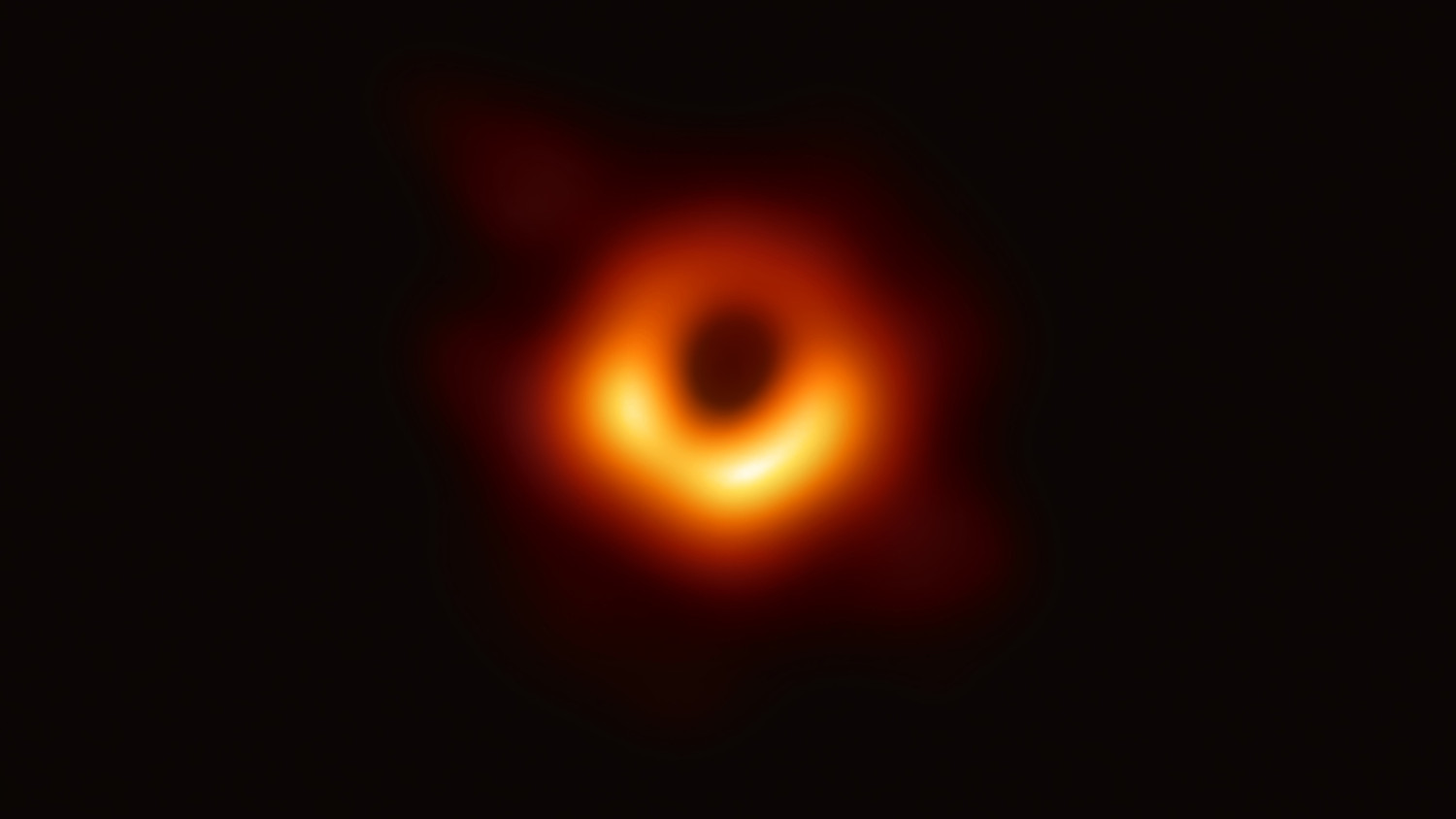 If black holes are spherical, so shouldn't it be absorbing light from all the directions? How would one explain the light ring. which seems more like a 2D ring than a sphere?

One can never actually see the event horizon, one sees the gas that is about to enter the event horizon and gets hot along the way. But this gas has a history, it doesn't just fall straight in. The history imparts some angular momentum to it, like the water in a draining bathtub. So it spirals in, not falling straight in, and this creates a disk shape called an accretion disk. The disk does not have to be as thin as a pancake, but it's far from spherical, and that gets further distorted by the strong gravity (creating the brightness variations and the central dark sphere).

The disk does have a hole in the center because at some point the orbits go unstable and fall quickly below the event horizon. It could be argued we are not actually seeing the event horizon where it goes black, we are seeing the drop in gas density where the orbits are no longer stable and the slow spiral turns into a very rapid fall, but the way the strong gravity bends the light rays is always very important as well.

The distortion by the strong gravity is what provides the test of general relativity that everyone is so excited about. The strong gravity produces a "shadow" effect, so you don't have to see the accretion disk from above to get a spherical blackness at the center.

8
Can A Black Hole Exist?
4
Is a black hole a perfect sphere?
3
Does conservation of energy make black holes impossible?
4
Shouldn't we not be able to see some black holes?
31
Are black holes spherical during merger?
2
A question related to black holes
6
Black hole collision animation: What are these extrusions?
4
Velocity of ringularity
3
Why are blackholes generally not considered as solid spheres with an escape velocity FTL?