What part of the EM spectrum was used in the black hole image?

The EHT has published the first image of a black hole. It is the event horizon of the singularity in M87 against its accretion disk. I've been through the reports in the popular press but none mention the light wavelengths this was taken at. Is it an image in visible light, infra-red or longer? 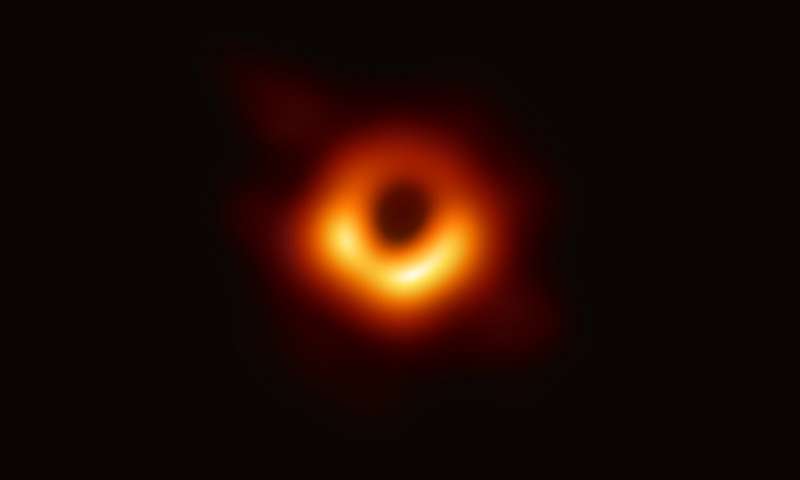 What part of the EM spectrum was used in the black hole image?... Is it an image in visible light, infra-red or longer?

Microwaves, (millimeter waves actually), and the hairy edge of far-infrared

at a nominal frequency of 230 GHz or 1.30 mm wavelength, the bandwidth is roughly 2 to 6 GHz wide depending on how many channels of data were used to produce the published image.

From First M87 Event Horizon Telescope Results. I. The Shadow of the Supermassive Black Hole the first of four articles published together:

We observed M87* on 2017 April 5, 6, 10, and 11 with the EHT. Weather was uniformly good to excellent with nightly median zenith atmospheric opacities at 230 GHz ranging from 0.03 to 0.28 over the different locations. The observations were scheduled as a series of scans of three to seven minutes in duration, with M87* scans interleaved with those on the quasar 3C 279. The number of scans obtained on M87* per night ranged from 7 (April 10) to 25 (April 6) as a result of different observing schedules. A description of the M87* observations, their correlation, calibration, and validated final data products is presented in Paper III and briefly summarized here.

At each station, the astronomical signal in both polarizations and two adjacent 2 GHz wide frequency bands centered at 227.1 and 229.1 GHz were converted to baseband using standard heterodyne techniques, then digitized and recorded at a total rate of 32 Gbps.[...]

So if we use 230 GHz, the wavelength is given by $c/f$ or 1.30 millimeters. It's hard for me to say right now if the image comes from only one 2GHz wide channel, or all three, which means that the bandwidth is either about 0.9% or 2.1%, but that's still pretty narrow compared to images taken at optical frequencies. That's (ultimately) because interferometry is done digitally these days and the computational size and time scales fairly fast with the size of the baseband.

I should note that these days it's more and more common for astronomers to refer to all kinds of different wavelengths as "light" in a loose way. Circa 1.3 millimeter wavelength certainly could be thought of as far-infrared, though Wikipedia puts the cutoff at 1 mmm (300 GHz).

According to the EHT website The observations were done using radio telescopes observing at a wavelength of 1.3mm. Visible light or infrared from the accretion disk would be nearly impossible to detect at such large distances. The radio measurements from all the synchronized telescopes were then combined and converted into an image.

Not the answer you're looking for? Browse other questions tagged radio-telescope black-hole or ask your own question.

6
What's the highest frequency that's been imaged by a radio telescope?
3
Does the “photo of a black hole” taken by EHT actually depict a visible light-based scenario?