If a black hole does not emit light, how can one take a picture of the black hole itself?

There's some discussion that the image composed by the Event Horizons Telescope is really just an accretion disk. To "take an image" of something, you need the light reflecting off of the surface of the object within frame. The "light" in the image is really just color-mapped gases within the accretion disc. Since black holes do not allow light to escape, is this actually an image of a black hole?

The analogy I've heard is that it would be like taking a picture of an object in a completely dark room, showing someone the photograph taken, and saying, "Hey look at this picture I took of this object." The other person could ask, "Where is the object in this entirely black photo?" to which the other person might respond, "It's somewhere in the picture."

Was a picture of the object really taken if you can't even see it? If you photograph the sky, have you "captured an image of air molecules?" 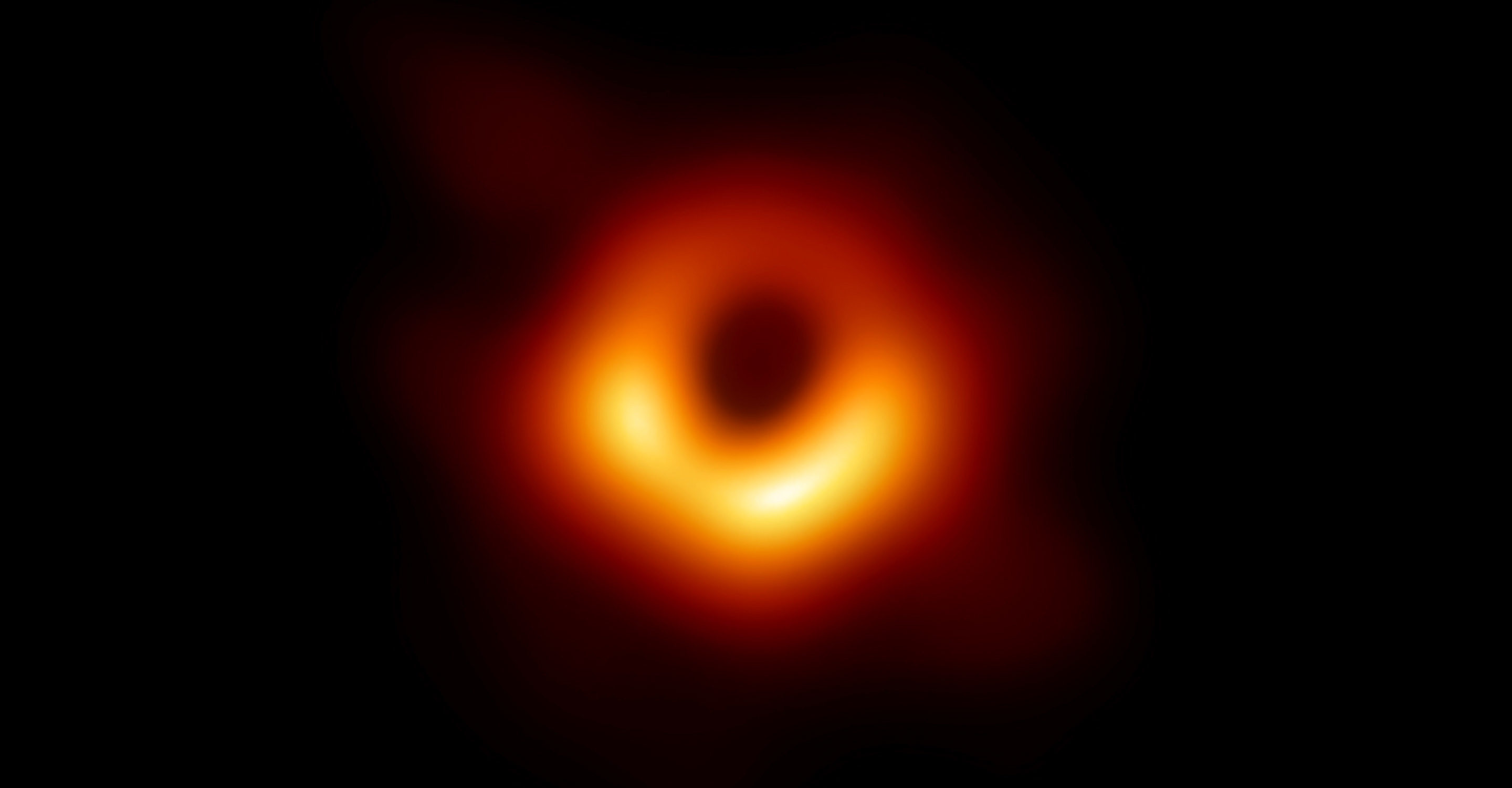 The picture is of the central region of M87, taken at a wavelength where the gas is "optically thin".

The ring of bright light is pretty much exactly where it is expected to be for the synchrotron radiation emitted by the hot gas to have been gravitationally lensed by a black hole with the same mass as deduced previously from the motion of stars close to the centre of M87.

It is a "picture of a black hole", though all you see is the way it warps the light around it.

Your analogies are poor. It isn't like taking a picture of someone in a dark room. The room here is illuminated and the effects of the black hole on that light have apparently been seen quite clearly. That, by the way is the only method by which you can see someone in an illuminated room, unless you have eyes that detect the mid-infrared light they emit. Of course that option is not available for a black hole, since they emit no light at all.

Your other analogy is also curious. A cursory glance at the sky reveals it is full of air molecules. That is why it is blue. Your view though lacks the angular resolution to see individual air molecules, so you would not be able to see them.

Here, the resolution of the "telescope" is just good enough to reveal the essential structure and size of the photon ring.

Finally, why isn't it a picture of an accretion disk? As I said, it is expected that the disk is optically thin and actually much bigger than the imaged area. Emission from the disk would not be expected to show anything but a haze with a vague central concentration. Given the spatial resolution of the image, what has actually been seen is a sharp, bright ring.

The orientation might be just about ok for an accretion disk explanation. If the rotation axis is aligned with the jet of M87, the disk should be about 17 degrees from face on. However, in order to see the inner parts having such a circular shape and well defined structure would require a geometrically thin and optically thick disk, the opposite of what is deduced from the physical conditions in the plasma.

To see more context, here is a wider view of M87 taken by Chandra, and from the Chandra team's blog post:

Chandra was used to observe M87 and other targets during the EHT campaign. While Chandra can’t see the shadow itself, its field of view is much larger than the EHT’s, so Chandra can view the full length of the jet of high-energy particles launched by the intense gravitational and magnetic fields around the black hole. This jet extends more than 1,000 light years from the center of the galaxy. 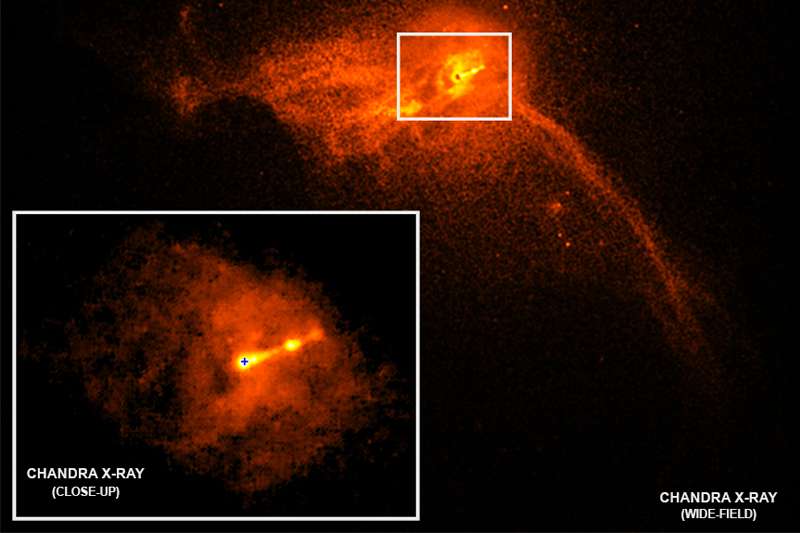 Consider an extremely transparent lens. If you photograph the lens, what the camera really picks up where the lens covers is the distorted image of what is behind the lens. Would you say that is still a photograph of the lens? I would say yes.

If you take a picture of an object coated with Vantablack, the amount of light entering the camera from that object is negligible. With rounding, all the pixels covering the object might actually be zero. Is it still a picture of that object? I would say yes.

As I understand it, that black spot in the middle is bigger than the event horizon, but that doesn't mean it's not what the black hole looks like. Seeing anything is really seeing how that thing has influenced what light is coming to you from its direction. Most things reflect light, but diffuse reflection is a very different thing from mirror reflection. Some things allow light to pass through but refract it in a way you can tell. Some things soak it up so you don't see any light from that direction. As long as it can create a contrast from the light around it, we say that we are seeing that thing.

Not the answer you're looking for? Browse other questions tagged black-hole light photography accretion-discs event-horizon-telescope or ask your own question.

7
Why is there no color shift on the photo of the M87 black hole?

5
Gallery of 'actual images' from space?
2
What particles does a black hole emit when it evaporates itself?
5
Can we discern black holes with visible light?
4
Does matter accelerate to the speed of light as it approaches the singularity?
67
Why not take a picture of a closer black hole?
3
Does the “photo of a black hole” taken by EHT actually depict a visible light-based scenario?
7
What part of the EM spectrum was used in the black hole image?
4
What is the closest one could get to a black hole and still stand a _realistic_ chance of escape?
4
Can one see a black hole?
0
How will they know when to start taking the picture of the black hole at the center of the Milky Way?