How was this interstellar fireball observed and its trajectory analyzed?

The short, interesting paper Discovery of a Meteor of Interstellar Origin describes a proposed discovery of a second interstellar object. This one hit the Earth, and was discovered not by telescope, but by "data mining" the CNEOS fireball catalog https://cneos.jpl.nasa.gov/fireballs/

It is not hard to find in the table based on the date given in the paper, but the information listed is sparse, there's no ID number or information how this was obtained:

Question: With what instrument was this particular fireball observed and recorded, and how was it analyzed and processed into a trajectory and state vector to be entered into this table? 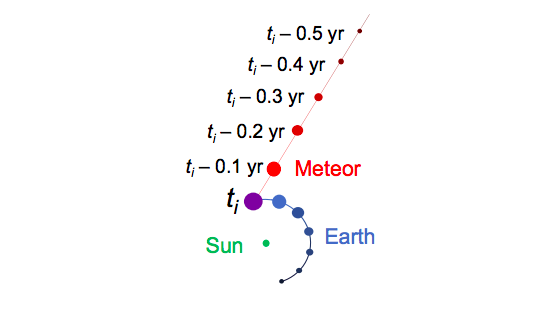 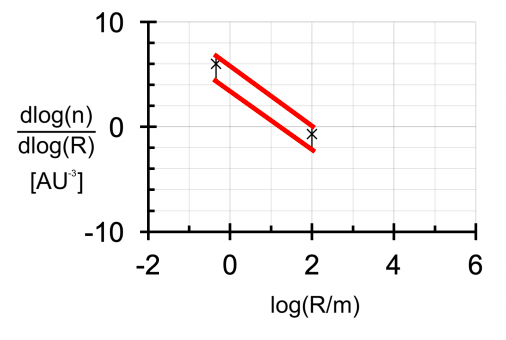 Figure 2. Size distribution of interstellar objects based on the detection of ‘Oumuamua and of the meteor detected at 2014-01-08 17:05:34 UTC. Red lines indicate the envelope for possible power-law fits (slopes of -1.9 to -3.8), given 95% Poisson distribution confidence intervals on each number density (based on a single detection for each). The range of possible power-law slopes is consistent with that inferred for small bodies in the Kuiper belt, -2.5 to -3 (Kenyon & Bromley 2004).

"US Government sensors is a euphemism for "nuclear weapon warning early warning satellites", which is why we won't know details of the actual sensor: It is a military satellite and secret.

This particular event occurred in the Bismark sea, North of Papua New Guinea, it probably could have been seen from Papua or parts of Indonesia, if the sky was clear (which it rarely is, in the middle of the tropical rain band), but if it was seen, it wasn't reported to the American meteor society (reports from that time)

The satellites are designed to look for rocket launches, and to track the missiles as the climb through the atmosphere to determine the likely target. Thus they are able to get accurate position and velocity vectors of meteors. If you know the position and velocity vector of the meteoroid just prior to impact, it is an exercise in Newtonian gravity to work out the orbit of the meteoroid around the sun. (It is a three body problem as the meteoroid is moving in both the Earth's and the Sun's gravitational field)

It turns out I should have known the answer to this question because about six weeks ago I asked How was the 18 December 2018 Bering Sea Fireball detected and characterized? Was it a serendipity or a weather satellite?.

I'll draw upon my answer to that question here.

Scott Manley just addressed this in his new video 173 Kiloton Explosion Over Bering Sea Was Asteroid Breaking Up a bit after 01:00:

But there are sensors all over the world looking for these big blasts because they look a lot like nuclear blasts; they have the same kind of energy, and there are many people who want to know if someone is testing nuclear weapons, so these things get picked up by that same network.

But the nature of this network means that we don’t really get the results from it very quickly.

Not the answer you're looking for? Browse other questions tagged observational-astronomy orbital-mechanics orbital-elements meteor or ask your own question.