Why a blue spot in some hubble images of NGC 4302?

In some images with coloring like in this one: 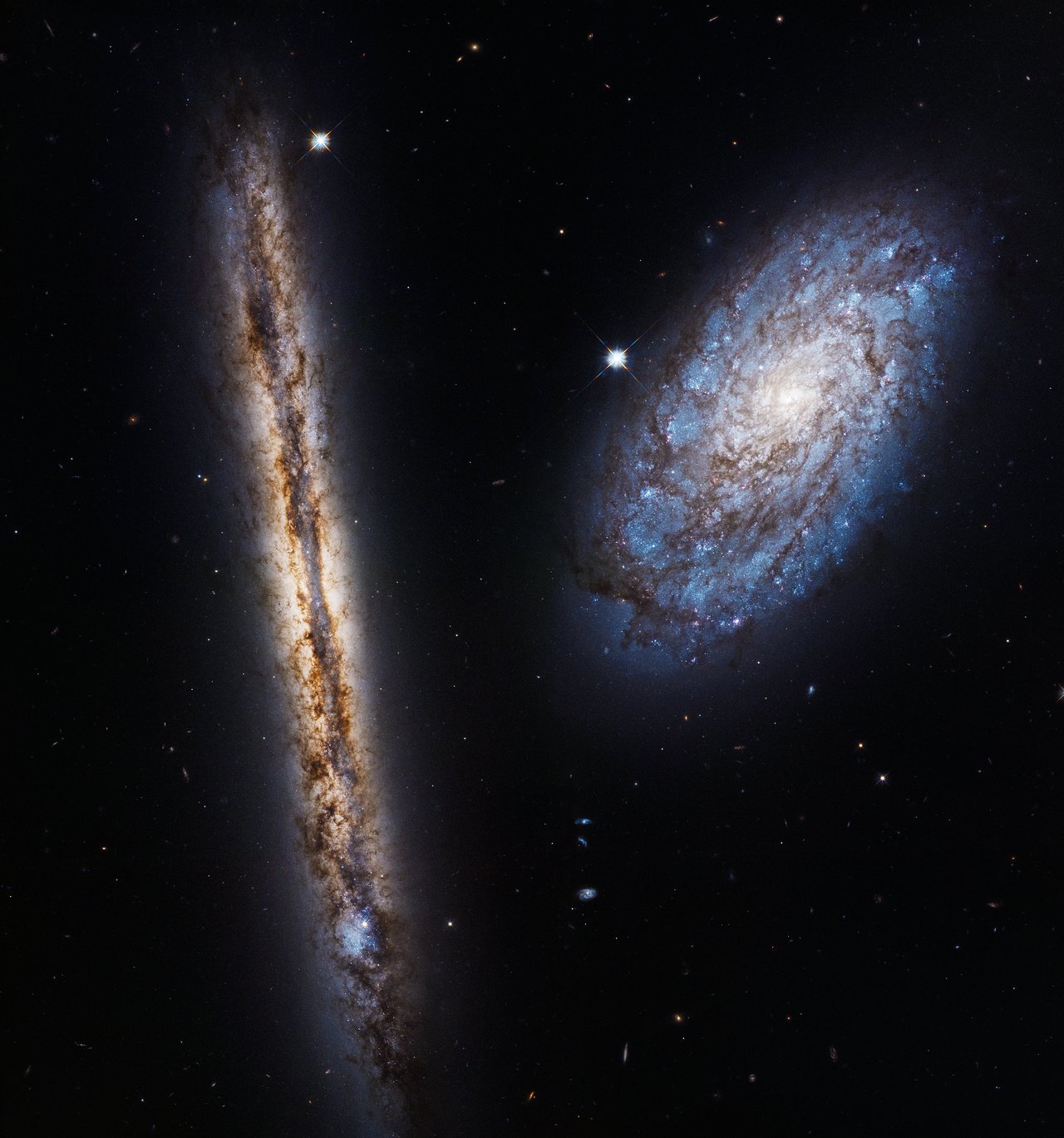 There is a noticeably bluer region in the "bottom left" of the image, and the bottom part of the galaxy on the left. Being an inexperienced galaxy viewer, I can't figure out what to make of it.

Is the spectrum of that region more complex than it seems? What is it?

galaxy spectroscopy
Share
Improve this question
asked May 22 '19 at 23:28

If you look at the full-resolution (84 MB) version of the image available here, you can see that the blue region resolves into many blue pinpricks in the midst of a fuzzier blue haze, a clear indication that it's made up of lots of bright blue stars (or small clusters of bright, blue stars) and a larger number of somewhat fainter blue stars. You can see the same thing going on in the blue regions of NGC 4298.

There are probably other, similar regions in the disk of NGC 4302; the reason this particular region shows up so well is probably because it's located in the outer part of the disk on the side closest to us, so there's relatively little dust blocking its light.

(Although there is undoubtedly ionized gas in the vicinity of those stars, the gas is not producing enough light to show up in the image -- you would in fact see a reddish/pinkish region if it was mostly light from ionized gas.)

Not the answer you're looking for? Browse other questions tagged galaxy spectroscopy or ask your own question.

9
Computing the Sérsic profile of a galaxy from jpg images
3
Integral Field Spectroscopy vs Fabry-Perot Interferometry
1
I want a galaxy count database, also how do I use SDSS skyserver to fetch galaxies?
2
Information speed and our view of the cosmos
8
Visible Stars in Andromeda Galaxy
3
How does a cross dispersed spectrum look like in a reality (from echelle spectrographs)?
4
Observing the motion of the solar system and galaxy through space?
8
Why doesn't the Sun produce an emission spectrum?
1
Why do space telescopes have GRISMS? Why a grating AND a prism for cross-dispersion in slitless spectroscopy?