Word for blue ring around the Earth

From certain positions in outer space the Earth will appear to have a blue ring around it when the viewer is in the shadow of the Earth and sunlight is passing through the atmosphere.

Here is a simulation from Google Earth: 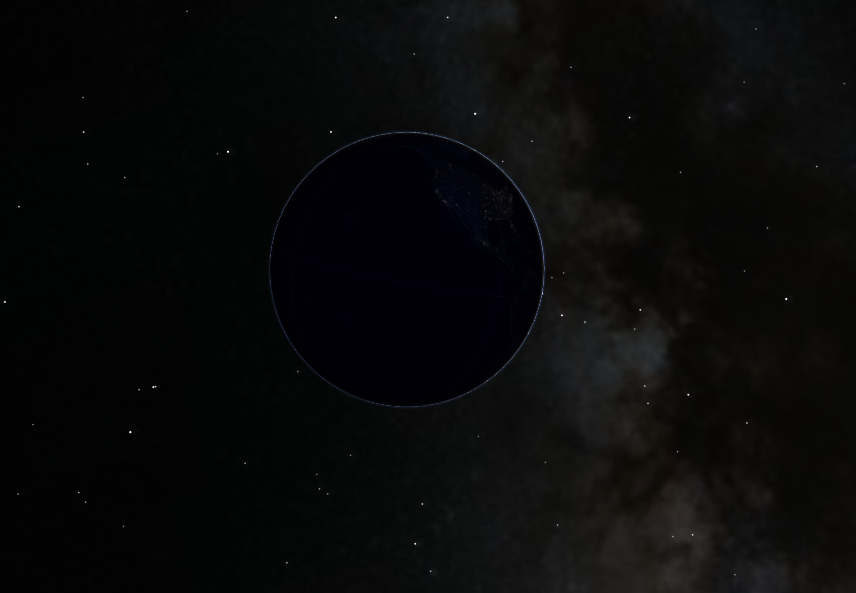 Sample sentence: The astronaut looked down at the blue ring formed by the sunlight passing through the atmosphere around the Earth.

Is there a word that describes this ring?

I had assumed the ring would be blue, based on this photograph from the Tumblr site Col. Chris Hadfield: 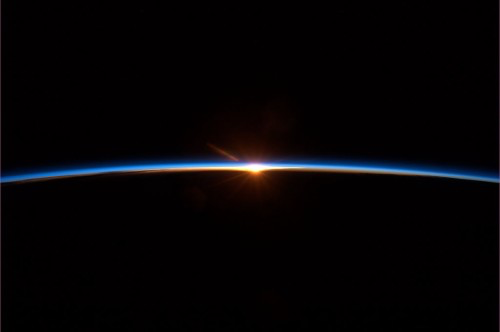 earth terminology
Share
Improve this question
edited May 23 '19 at 13:57

There are actually a number of words / expressions related to this.

[Bright edge of object - sometimes with colour of light source vs object] This is when an object is silhouetted against a bright light source and it gives a ring of colour. This typically occurs when the light source is smaller than the sillhoutte. I think this is the closest meaning because its meaning implies the colouration caused by diffusion (or even refraction - in this case) of light around the sillhoutte. For example, a girls head in front of a candle: the fine granularity of the hair diffuses the light, bending it and causes a bright circumference of light around the extremities of her hair. This word is associated in optical physics with a number of other diffusion phenomina too, such as the aureole effect.

[Angle of light source to object] is where the eclipse has passed either side of total and there's a flare on one side.

[Shape of object to shape of light source] are when there is a total eclipse and there are flares all around the circumference, caused by imperfections in the planet's surface and / or the irregularity of the star's corona - entirely diffraction based.

[Entirely colour of diffraction / refraction of light source around object] This is an optical phenomina which is less common, and is almost entirely based on refraction, giving colour bands in the vicinity of the object, typically in concentric colour bands. A bit like a rainbow. This only occurs in the context of where the observer and object are in an atmosphere so is least applicable to this context - although technically the whole solar system is within the atmosphere (or heliosphere) of the sun, right up to the helioshock, where the heliosphere interacts with either other stars or forms a boundary with outter space, but it's not inconceivable that this could occur in a nebula, or even give rise to a

Incidently: the blue aura, in this case, is actually caused by a physics phenomina called Rayleigh Scattering which is where the atmosphere has the effect of appearing to change the wavelength of light as it passes through. Often this can be blue, however in some situations it might be red.

There is a whole family of words for these kinds of meanings, and a many of them are poetic. Some of the words relate to colour, some to shape, some to diffraction, some to refraction. This is one of those situations where knowing a little science could help you chose the right word.

Not the answer you're looking for? Browse other questions tagged earth terminology or ask your own question.

0
Does Earth revolves around Milky Way?
5
What is the orbit of Earth around the Sun?
0
Is it possible for the year to have 11 full moons (i.e. the opposite of a blue moon)
3
What makes the Earth infinitely rotating around its axis
6
Can Earth have a ring?
5
About how many revolutions has the Earth made around the sun?
1
Binary Orbit around the Earth?
1
The equation for calculating how many times Earth (or our solar system) has revolved around the Milky Way
3
Does the earth spiral around the sun's movement/motion path?