What maintains the high orbital eccentricity of many exo-planets near their sun?

Over the last decade we've discovered that many exoplanets not only have highly eccentric orbits, but also orbit very close to their sun. This is true of many classes of stars.

I definitely have a gap in my understanding, because I'm perplexed as to why the orbits don't circularize when the planets are so close to their star. The tidal forces can be immense, yet the proportionally large number of eccentric planets indicates that many are likely not circularizing (at least over time periods of a handful of giga years).

I don't understand the physics of this well enough to say. Could it have something to do with with spin-orbital resonance of the planet? A paper I found from Anthony R. Dobrovolskis titled Spin states and climates of eccentric exoplanets indicates that highly eccentric planets in the tidal-lock zone would likely lock into spin states other than 1:1. This could be 2:1, 3:2, etc. Much like mercury. Does the achievement of this spin-orbital resonance do something to preserve the eccentricity?

I'd appreciate any help that could be provided!

Because it was asked for, I've included a list of some exoplanets that have both short orbital periods as well as highly eccentric orbits (varying from ≈0.15 all the way up to around 0.5). Ages of systems vary widely or is not known, from possibly as low as about 2gy up to over 10gy.

Possibly highly eccentric, but measurement delta is too large to confirm eccentricity above ≈0.11: 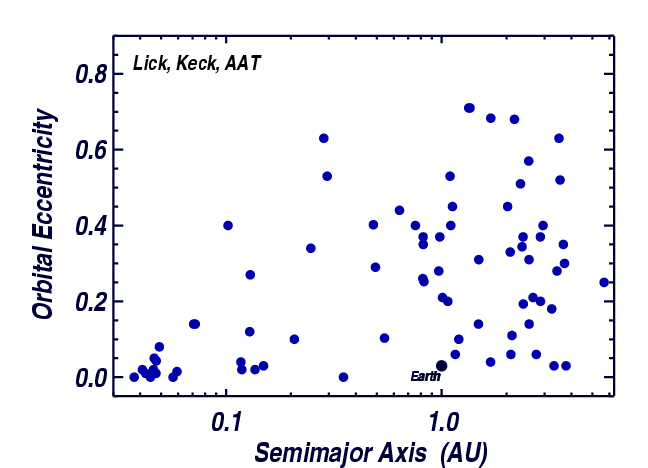 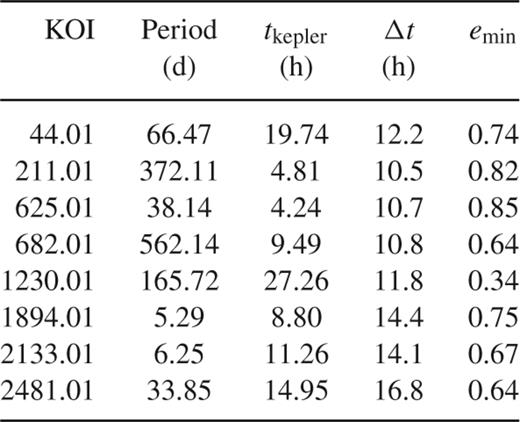 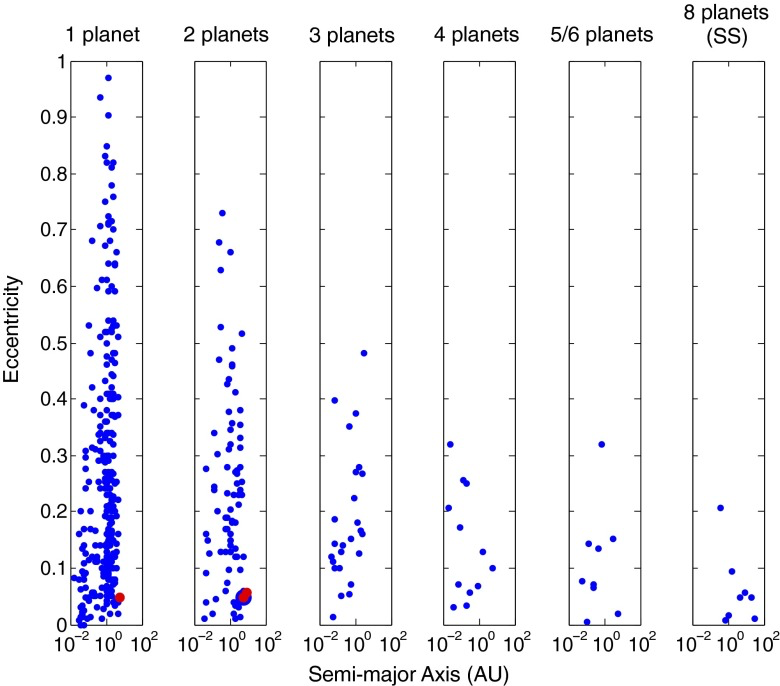 Browse other questions tagged orbit exoplanet rotation eccentric-orbit or ask your own question.

6
Are many exoplanets synchronously tidally locked like Mercury?
3
Could this three moons system be stable?
4
A “tidally locked” double planet?
3
Can one approximate the semi-major axis of an orbit as the average orbital distance for eccentric orbits?
5
How are exoplanets with 10,000 day periods discovered with the radial velocity method?
3
What kind of effects can maintain Uranus' rings' eccentricities?
1
How to find the Orbital Period of two Binary Planets around a Single Star?