Has Hubble ever been used to try to image a near Earth asteroid?

This answer points out that the near Earth asteroid Apophis will likely be close to 2 arcseconds in diameter as seen from Earth during its close approach in 2029. I speculate that if the Hubble Space Telescope were still operational then, it could potentially image the asteroid in visible light at a few dozen pixels in diameter.

This leads me to wonder if the Hubble has ever been used to imageâ€  or at least spatially resolve in some way an asteroid during a close pass to the Earth before.

â€ Here the verb "image" should be taken to mean the act of producing a resolved image of an object so that different pixels correspond to intensity from different parts of the body being imaged. For the purposes of this question please don't consider telescope images in which an asteroid happens to appear but is too far away to be resolved. Thanks!

[rewritten to address the revised question]

Maybe, depending on how fussy you want to be about "resolved". 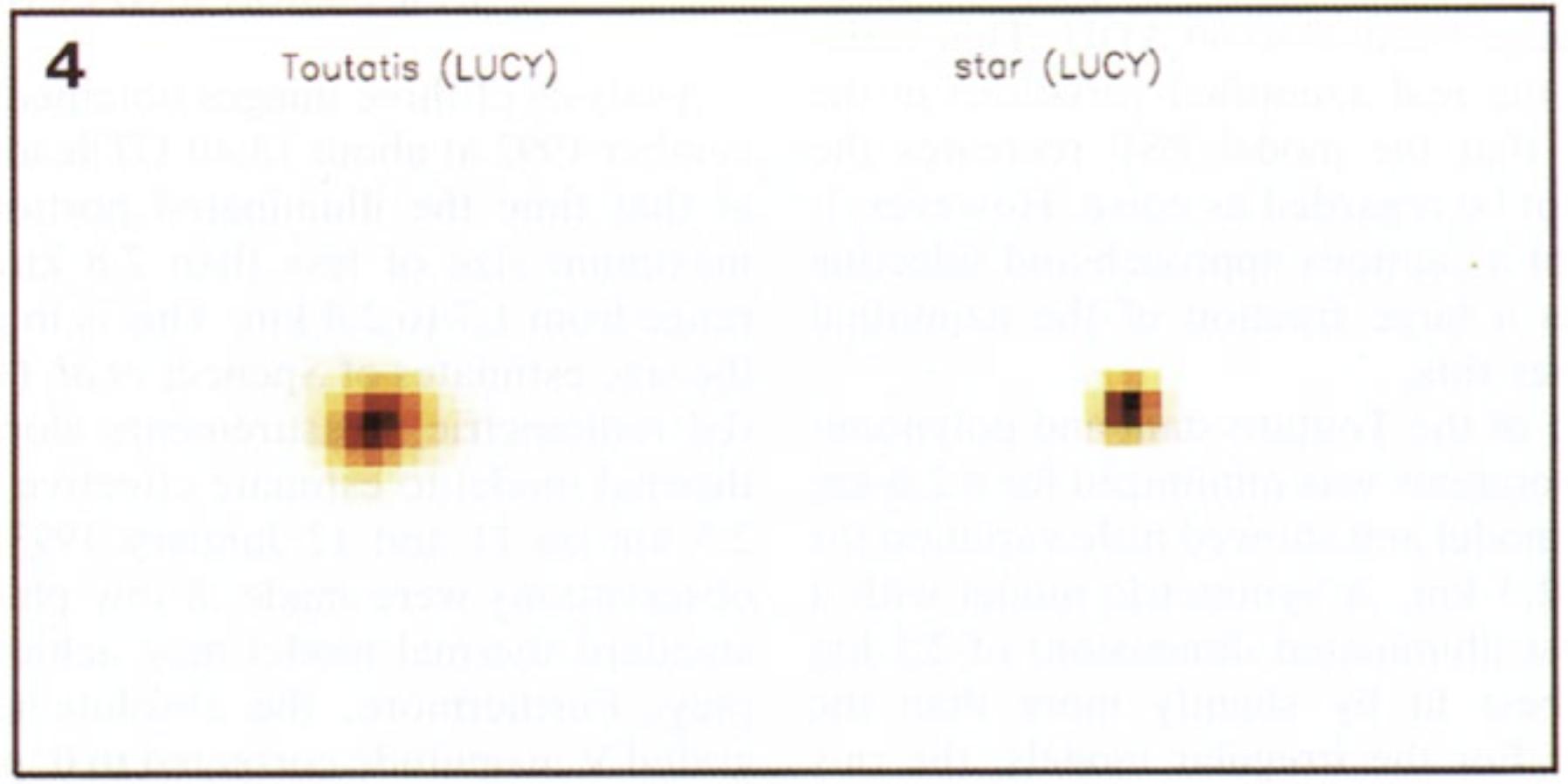 The appearance of the asteroid is pretty clearly not a point source, but it's also fair to say it's only partly resolved, and mostly just in one direction.

(My admittedly vague impression is that this is one of the best, if not the best, case of HST "resolving" a near-Earth asteroid.)

Most observations of near-Earth objects with HST are, I think, aimed at getting optical information on compositions not possible from other wavelengths, and sometimes refining estimates of rotation rates, as was done this year (using data from 2012) for the asteroid Bennu, currently being visited by OSIRIS-REx.

In practice, you get much better spatial resolution using radar (including line-of-sight distance variations due to the structure of the asteroids from time-of-return measurements, allowing you to construct 3D models of them), so there's not much point in trying to resolve them with HST.

Not the answer you're looking for? Browse other questions tagged asteroids hubble-telescope near-earth-object .

5
How big will Apophis appear?
3
Has a near earth object in heliocentric orbit ever been bright enough to be visible to the unaided eye?
2
How is resolution defined?

5
Claim that 30-m class telescopes will have resolution far superior to Hubble: true?
3
What effect does the Moon have on the near Earth asteroid population?
2
What (actually) defines an Aten-class near-earth asteroid?
2
How close to Earth were the asteroids moving through this Hubble composite image?
5
Has the Hubble ever been pointed at earth?
2
How does the Hubble Space Telescope "Drift and Shift"?
7
What would happen if asteroid 99942 Apophis collides with the earth?
24
What detail can Hubble see on Mars?
3
Has a near earth object in heliocentric orbit ever been bright enough to be visible to the unaided eye?
5
What image analysis approaches/algorithms are used to detect near-Earth objects?