I am studying circumbinary planets and I made a python model to calculate certain properties of the orbits, and when I calculate the inclination I get a sine wave.

I do not see a way to predict the shape of the curve in advance, despite it being a rather simple curve. Furthermore, when I plot the eccentricity of the orbit the frequencies of the curves do not align.

Would anyone know why it oscillates at this rate and amplitude?

And a side question, would anyone know some literature on the subject of circumbinary planets? 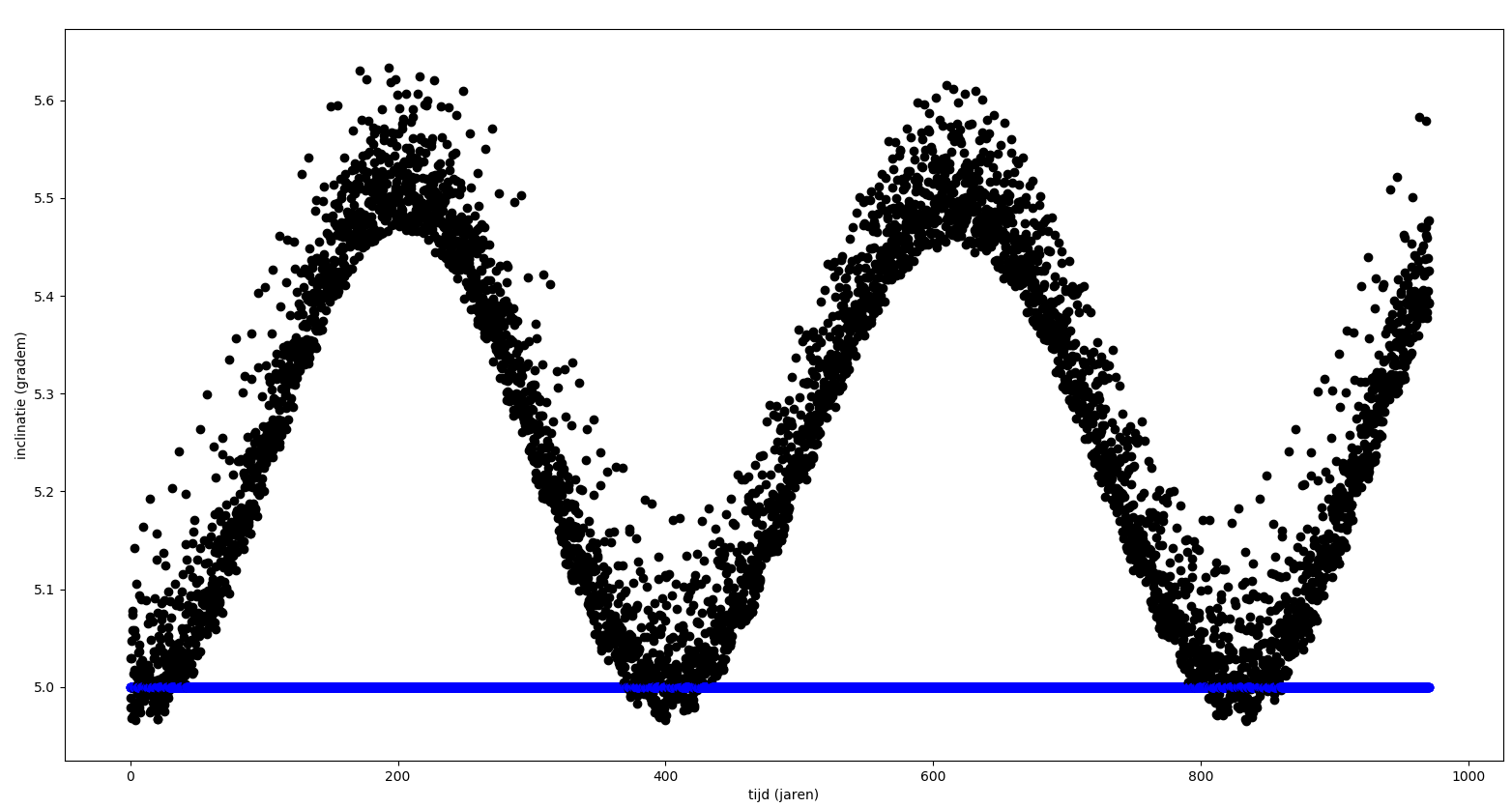 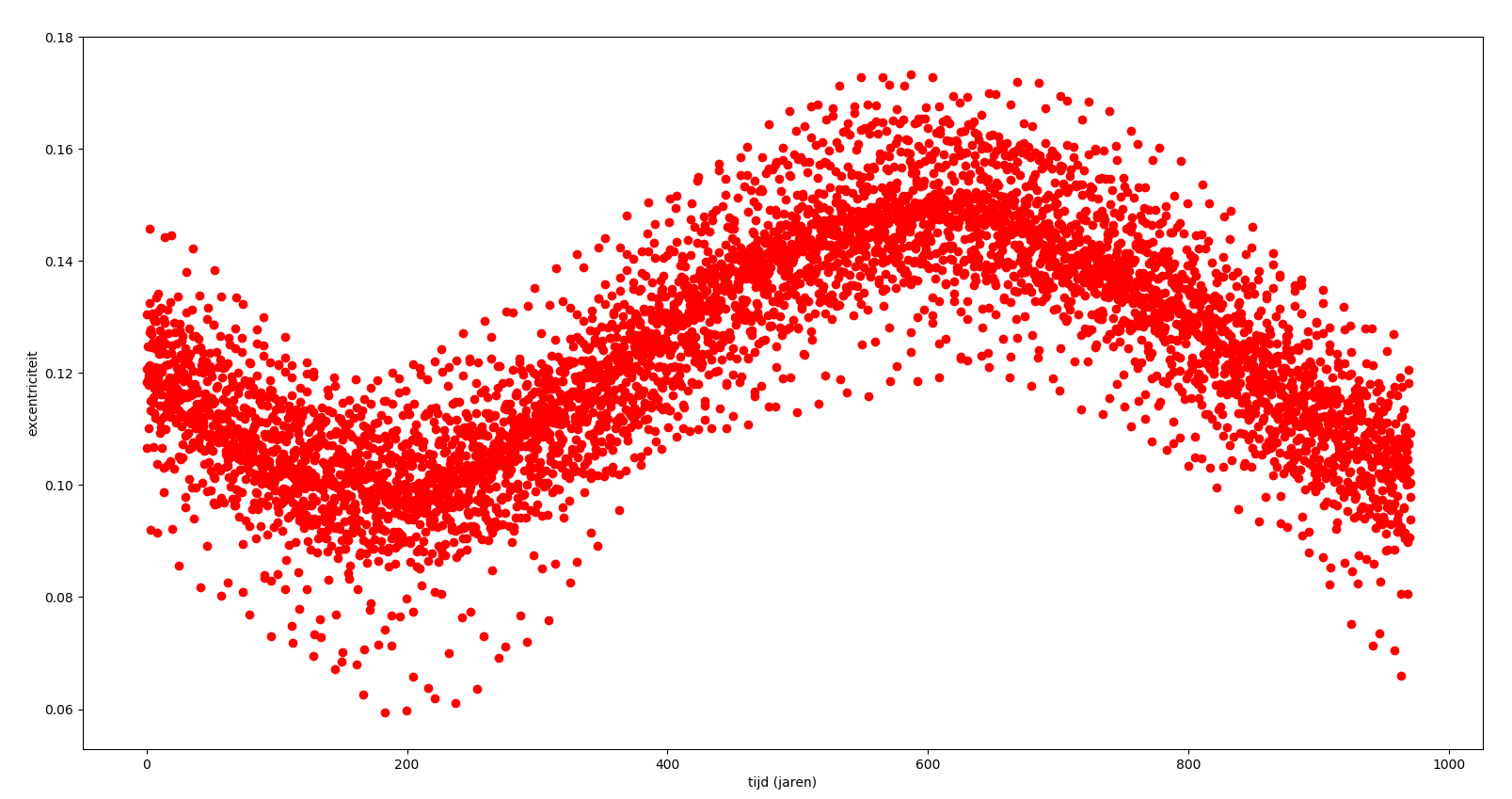 The period of the stars' orbits is likely so much shorter than the planet's orbit that from the planet's perspective the pair looks like two donuts, or toroidal-shaped masses, possibly overlapping depending on the masses and sizes.

In orbital mechanics you can think of this roughly as a single star with a really huge J2 term (gravitational quadrupole moment).

In addition to apsidal and nodal precession (which you would have seen) J2 is well known to induce oscillations in inclination. For example see J2 long-period perturbations in the inclination.

The solutions produced by the J2 Perturbation and J4 Perturbation propagators are approximate, based upon Keplerian mean elements. In general, forces on a satellite cause the Keplerian mean elements to drift over time (secular changes) and oscillate (usually with small amplitude). In particular, the J2 and J4 terms cause only periodic oscillations to semi-major axis, eccentricity and inclination, while producing drift in argument of perigee, right ascension and mean anomaly.

Not the answer you're looking for? Browse other questions tagged exoplanet orbital-mechanics orbital-elements or ask your own question.

5
How can a planet have a 90° inclination?
5
Inclination in Kepler's laws
4
What is the force that changes a satellite’s inclination when orbiting a planet with an equatorial bulge
0
Change of orbit with change of mass?
18
Why are asteroids with zero orbital inclination rare?