Urry and Padovani 1995 proposed a unified model for Active Galactic Nuclei, which has since been recognised as a good model for AGN. If AGN are randomly oriented, then I'd expect there to be more obscured AGN than unobscured, because there would be more orientations that would make us look through the sides, than along the axis: 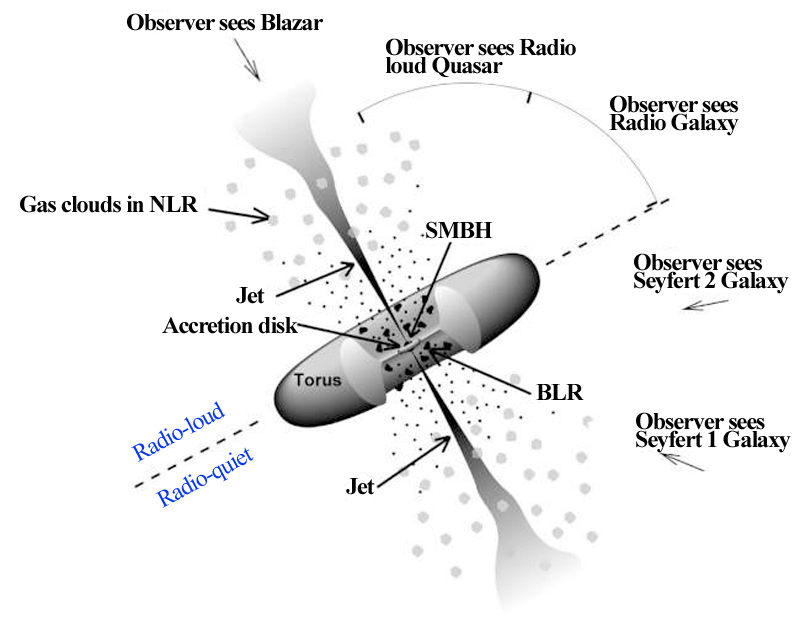 Is this the case? In other words, how many obscured-type AGNs (Seyfert 1 or 2 Galaxies, radio galaxies, radio-quiet quasars, NLRs) are there, compared to unobscured AGN (BLRs, blazars, radio-loud quasars)?

3
What are possible methods of discerning a starburst AGN composite galaxy?
3
An image for the unified model of AGN
4
Are quasars simply AGNs that are viewed from a particular angle?
1
Regions and size of an AGN
4
How much light comes from quasars in an AGN?