Which Lowell Observatory telescope is this? (used to draw Moon maps for the Apollo program)

It shows the telescope (shown below) and mentions that it was used to draw lunar maps.

Question: Is it possible to identify which telescope this is exactly? Is there some place where one can read more about it? 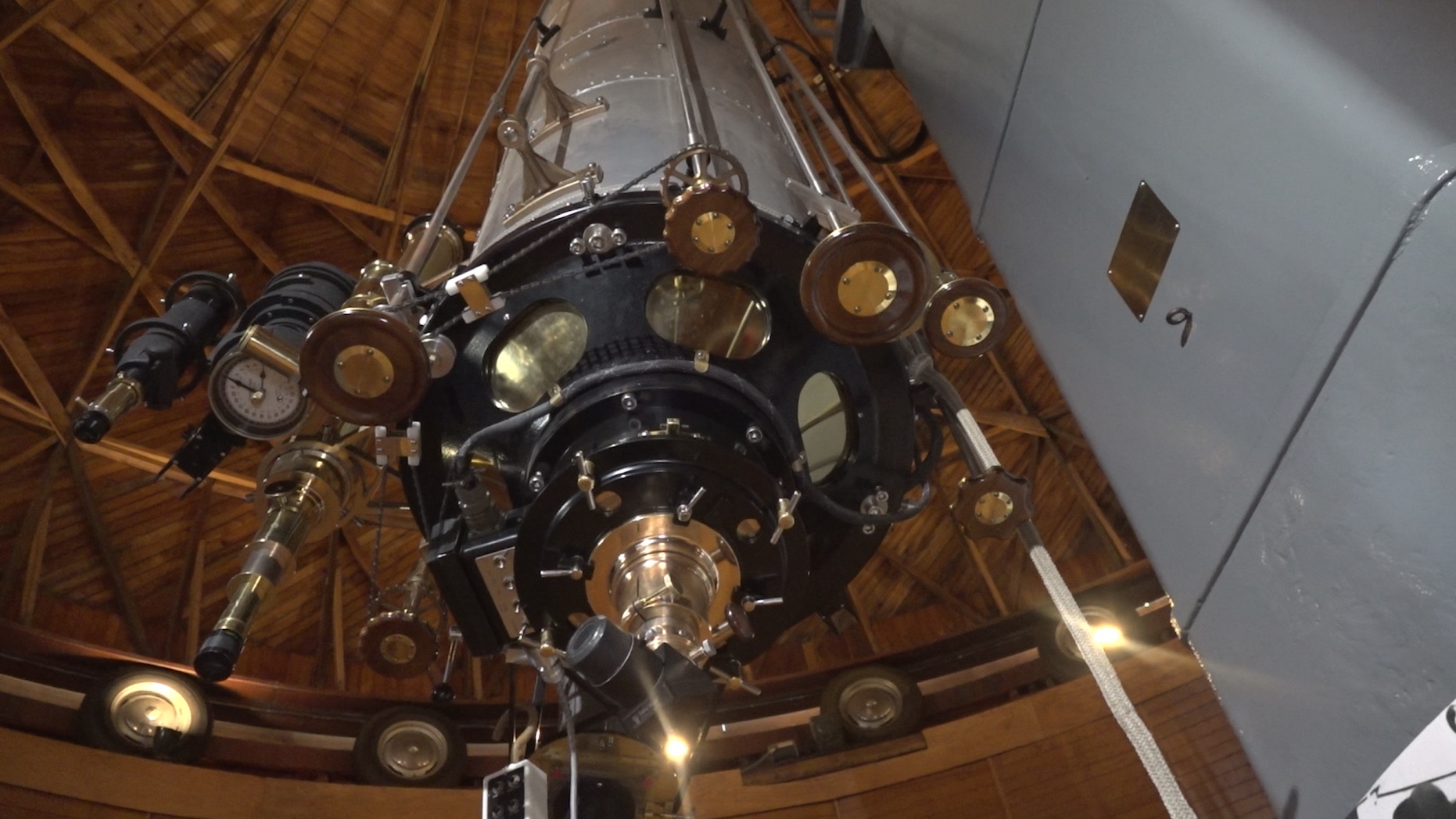 above: Lowell Observatory telescope used by scientists who collaborated with artists to map out the moon for Apollo astronauts (Fox News) 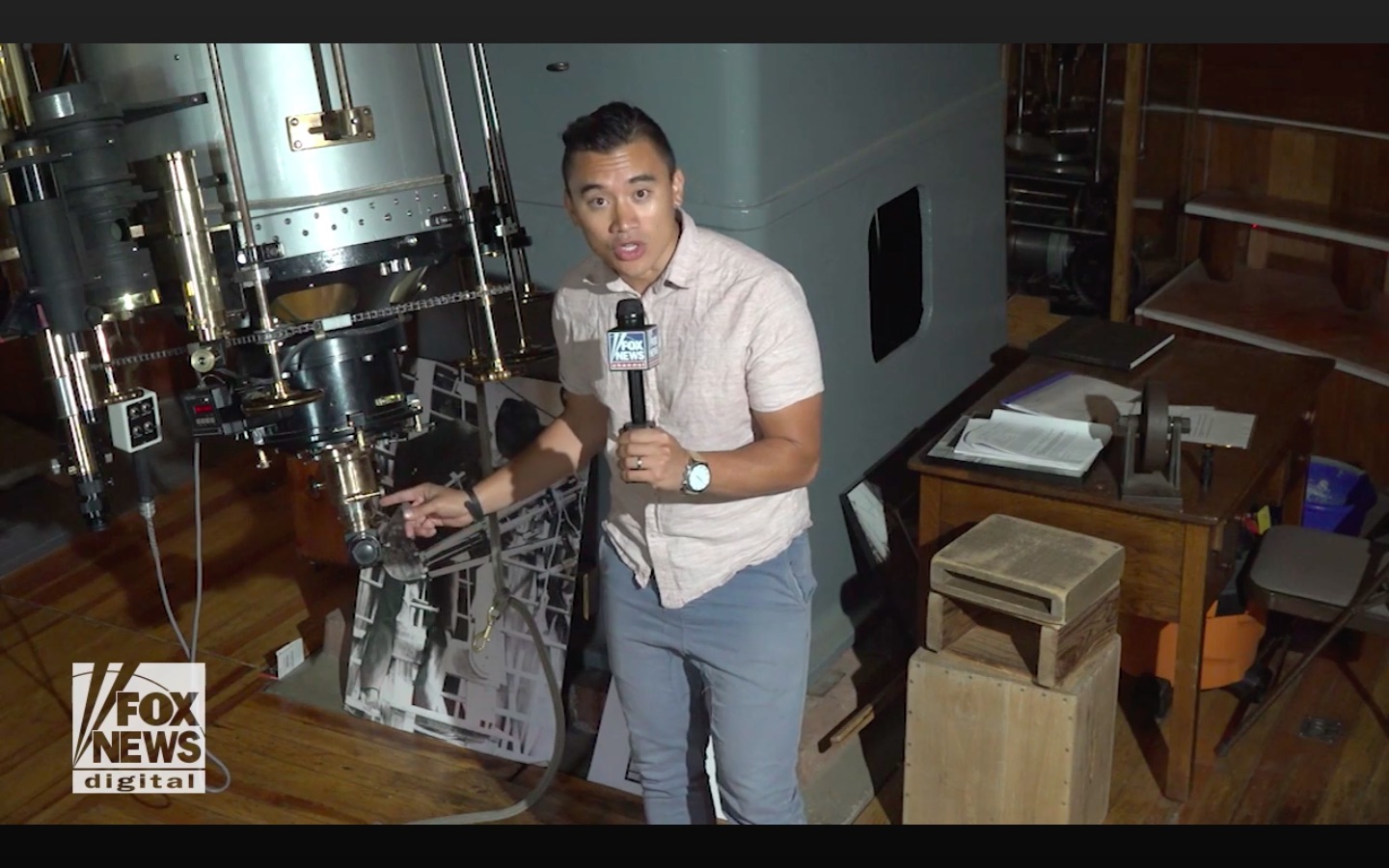 That's the historic 24-inch Alvan Clark refractor. It was installed in 1896 and restored in 2014-15. Besides the moon mapping project, Percival Lowell used it to observe Mars, and Vesto Slipher used it for some of the first measurements of galaxy redshifts. Its current mission is education; in mild weather the observatory lets visitors look through it.

I contacted Dr. Danielle Adams, Deputy Director for Marketing and Communications at the Lowell Observatory. She was kind enough to reply, and generously provided the following:

...this is the 24" Alvan Clark & Sons refractor, commissioned by observatory founder Percival Lowell in 1895 and completed in 1896. It was fully restored in 2015, a process that took 18 months, since we restored or replaced everything, down to the screw.

The Clark Refractor, as we typically call it, was first used to study Mars and other planets by Percival Lowell, but it also has a storied history in studying deep-space objects. In 1912-1914, VM Slipher used a spectrograph attached to the Clark Refractor to study the redshift of M31, the Andromeda Galaxy, and in doing so he found the first evidence that the universe was expanding. (Edwin Hubble later used this data and his own research to refine this.)

In the 1960's ('61-'69), the Clark Refractor was used by the USAF's Aeronautical Chart and Information Center to develop highly-detailed maps of the moon, using a combination of photography and professional illustration at the telescope during exquisite moments of seeing. Today, the Clark Refractor is no longer used for research, which allows us to dedicate it fully to public observing for guests who visit the observatory. We also recently started after hours sessions for guests who want to spend more time with the Clark after the observatory has officially closed.

Lowell Observatory's Historian, Kevin Schindler, literally wrote the book(s) on the Clark Refractor. There's a link to his latest book (post-restoration) and a mini-documentary about the process here: https://lowell.edu/history/the-clark-refractor.

Also, note that in response to the connected question about which wood was used to line observatory copulas, in the case of both the Clark Refractor and the Pluto Astropgraph at Lowell Observatory, local Ponderosa Pine is the sole that was used for the domes. Flagstaff is home to the largest contiguous grove of Ponderosa Pine in the world, a tree that grows tall and straight, making it perfect for building.

Not the answer you're looking for? Browse other questions tagged telescope identify-this-object observatory or ask your own question.

1
Why does this Lowell Observatory telescope have so many knobs? What do they all do?
4
What kind of reddish wood is it exactly that was historically used to line the inside of observatory cupolas (domes), in order to absorb moisture?

1
Which eyepieces I can use it for best viewing experience using my existing telescope?
1
Can the Keck Observatory be improved with a third telescope?
4
What kind of reddish wood is it exactly that was historically used to line the inside of observatory cupolas (domes), in order to absorb moisture?
5
Which space telescope is the most distant?
3
How does this telescope work, and what is it for?
1
Why does this Lowell Observatory telescope have so many knobs? What do they all do?
2
Exposure details for this now (in)famous image from Lowell Observatory?
1
How to install the Barlow lens on this telescope?