Do we know of any tidally-locked planets with atmospheres?

If not, is there any reason such a planet couldn't exist?

I ask only because that planet would literally have a twilight zone and I want to know that that's a thing somewhere.

As we haven't measured the atmosphere of many rocky planets yet, there aren't many examples. But I found 55 Cancri e: It is a super-earth with very close tidally locked orbit and an atmosphere that has been measured by Hubble. A year on the exoplanet lasts for only 18 hours and temperatures on the surface are thought to reach around 2000 degrees Celsius. The detected atmosphere seems to consists mainly of hydrogen and helium. So you do have a constant Twilight Zone, just a rather hot one. 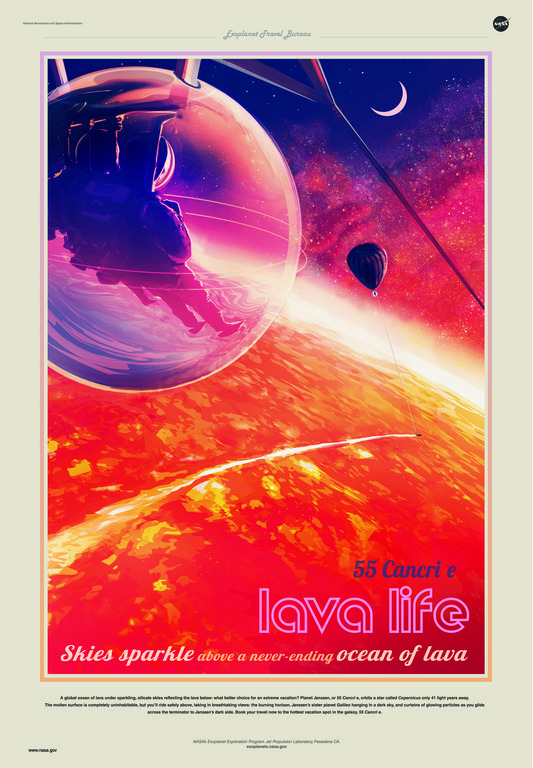 You asked if we know of any such planets, this raises the question of how sure do you want to be. There are definitely a variety of planets located close to their stars which have atmospheres (hot Jupiters, hot Neptunes, various volatile-rich super-Earths), that have short tidal spindown timescales. These planets are generally assumed to be in a 1:1 spin-orbit state for this reason. As far as I'm aware none of these planets has had their rotation measured, so while it may be reasonable to assume they are tidally locked, we don't know for sure.

This then brings up a substantial caveat: atmospheres can act against tidal locking. The usual example given here is Venus, where the atmospheric "thermal tides" make the current rotation state more favourable than the tidally-locked one. A hypothetical airless Venus might well have ended up tidally locked. You don't necessarily need an atmosphere as massive as the one Venus has: according to Leconte et al. (2015) "Asynchronous rotation of Earth-mass planets in the habitable zone of lower-mass stars" an Earth-like atmosphere would be sufficient to prevent an Earth-mass planet from being tidally locked around stars down to about 0.5–0.7 solar masses.

Even below this limit, planet-planet interactions may act to keep planets out of the synchronous state. According to Vinson et al. (2019) "The Chaotic Nature of TRAPPIST-1 Planetary Spin States" several of the TRAPPIST-1 planets may be in non-synchronous rotation states as a result of this, despite being subject to strong tides from the host star.

Thermal tides are also relevant for hot Jupiters and hot Neptunes: again these planets are usually considered to be in synchronous rotation but this is not necessarily the case. For example, see Auclair-Desrotour & Leconte (2018) "Semidiurnal thermal tides in asynchronously rotating hot Jupiters".

So I'd say the answer is a definite maybe. It is likely that the list of known exoplanets does contain some examples of synchronously-rotating planets with atmospheres, unfortunately at the current time we cannot say for sure whether an individual planet is actually in the synchronous rotation state.

Not the answer you're looking for? Browse other questions tagged rotation planetary-atmosphere or ask your own question.

23
Why does the Earth have a tilt of ~23°?
11
Why is twilight longer in summer than winter and shortest at the equinox
4
What causes objects to become tidally locked?
6
Is axial tilt critical for life?
7
Are there any known planets whose axis is oriented such that one pole always faces its star?
0
What are evidences of stationarity of rotation of galaxies
1
Cycles that are longer than the year, but less than 1000 years
10
How do we know that an exoplanet is tidally locked to the parent star?