How does the Moon's gravity affect Earth's oceans despite Earth's stronger gravitational pull?

Given that Earth has a much stronger gravitational pull than the Moon, how does the Moon have any influence on Earth's oceans?

The Earth is the strongest pull on the oceans, but the Moon and the Sun both have easily measurable effect in addition to the Earth's. Other bodies (Venus, Jupiter, a small asteroid in another galaxy,....) all have much smaller effects which will be hard or impossible to detect amidst the noise due to waves and so on. 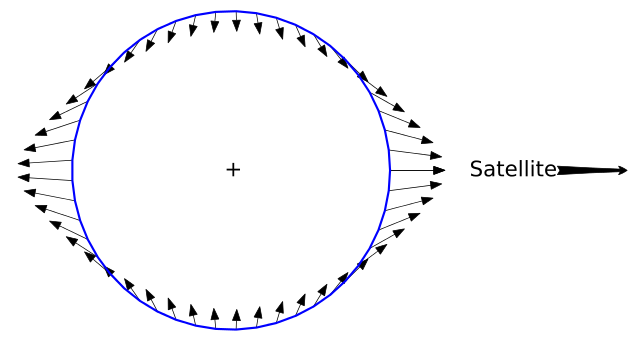 The direction of this flow changes constantly due to the Earth's rotation. The Coriolis effect comes into play precisely because the Earth is rotating. The shapes of the oceanic basins and continental margins also come into play. The end result is a set of amphidromic systems, each of which involves large scale oceanic waves that rotate about amphidromic points.

Not the answer you're looking for? Browse other questions tagged the-moon gravity tidal-forces .