How does angular resolution of a telescope translate to its parallax precision?

We can often read in the scientific and also more casual reader literature and articles about the angular resolution of various telescopes and other optical equipment, be it ground based or onboard space probes. They would often list their angular resolution, or in other words, their ability to resolve or distinguish small, distant objects with today's digital era mostly on a per sensor pixel basis. 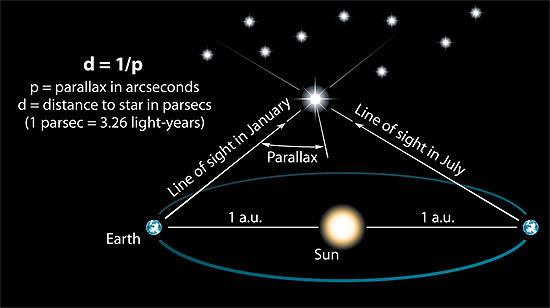 Finding a star's distance from its parallax. Trigonometric Parallax method determines distance to star by measuring
its slight shift in apparent position as seen from opposite ends of Earth's orbit. (Source: Measuring the Universe)

What I'm interested in is, is the precision in measurements of parallax and with it our ability to determine distance of observed objects directly analogous to mentioned radial resolution and how could it be calculated using data on angular resolution of a telescope alone, if we assume both ground based and in space observatories have more or less the same perihelion to aphelion distance (i.e. the space observatory is in Earth's orbit).

The probably most advanced system for determination of parallaxes is AGIS as used for Gaia. It's able to go far beyond the angular resolution of the telescopes. Angular resolution is just one parameter.

Actually it's just necessary to determine the luminosity centroids of the stars, almost independent of the resolution of the telescopes. That's mainly a statistical challenge, and it is especially dependent of the image noise, the brightness of the star and the number of observations.

The calibration of the telescope and the determination of the luminosity centroids can be done in one solution algorithm.

Parallax measurement in practice is not as is explained above using the popular diagram you have used. The parallax causes the star to prescribe an ellipse in the sky, the semi-major axis of whose is equal to the parallactic angle.

The telescopes generally measure the shift in co-ordinates of star(RA and Dec) and then translate the information to that of the ellipse prescribed and determine the parallactic angle. Now, the ability of telescopes to note this change in RA and Dec is based on their least count, obviously which is dependent on their angular resolution. 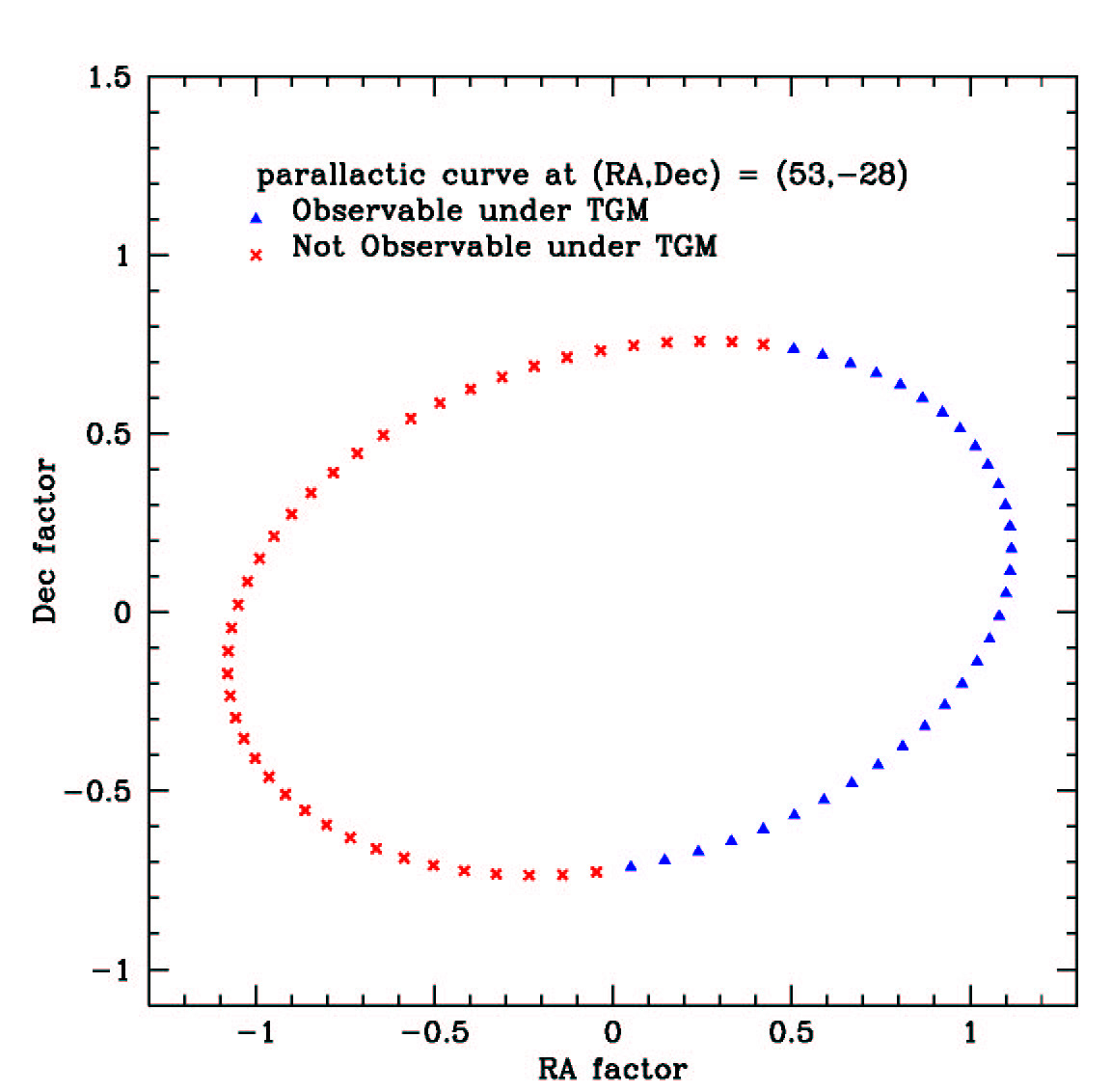 Hence, distance measurements using parallax method have their range based on the angular resolution of the telescope being used.

Not the answer you're looking for? Browse other questions tagged observational-astronomy distances parallax angular-resolution astrometry or ask your own question.

3
What is the maximum distance measurable with parallax?

12
How does a telescope measure parallax angle?
3
Is the angular resolution of a telescope irrespective of used eye-piece?
3
What would be the maximum theoretically possible angular resolution?
2
Measuring star distance by parallax using a small telescope
6
Can Drizzle Integration increase resolution beyond theoretical resolution of telescope?
1
How can GAIA's accuracy for position, parallax, and annual proper motion for a given star be the same number?
3
Does parallax measurement depend on position in the sky
0
What is the difference between these various Angular Resolution formulas?
4
How often are radio telescopes used to measure parallax? When was this first done?
4
How to actually obtain the parallax angles that are used to determine distances of stars?