What is this object in this photo? [closed] 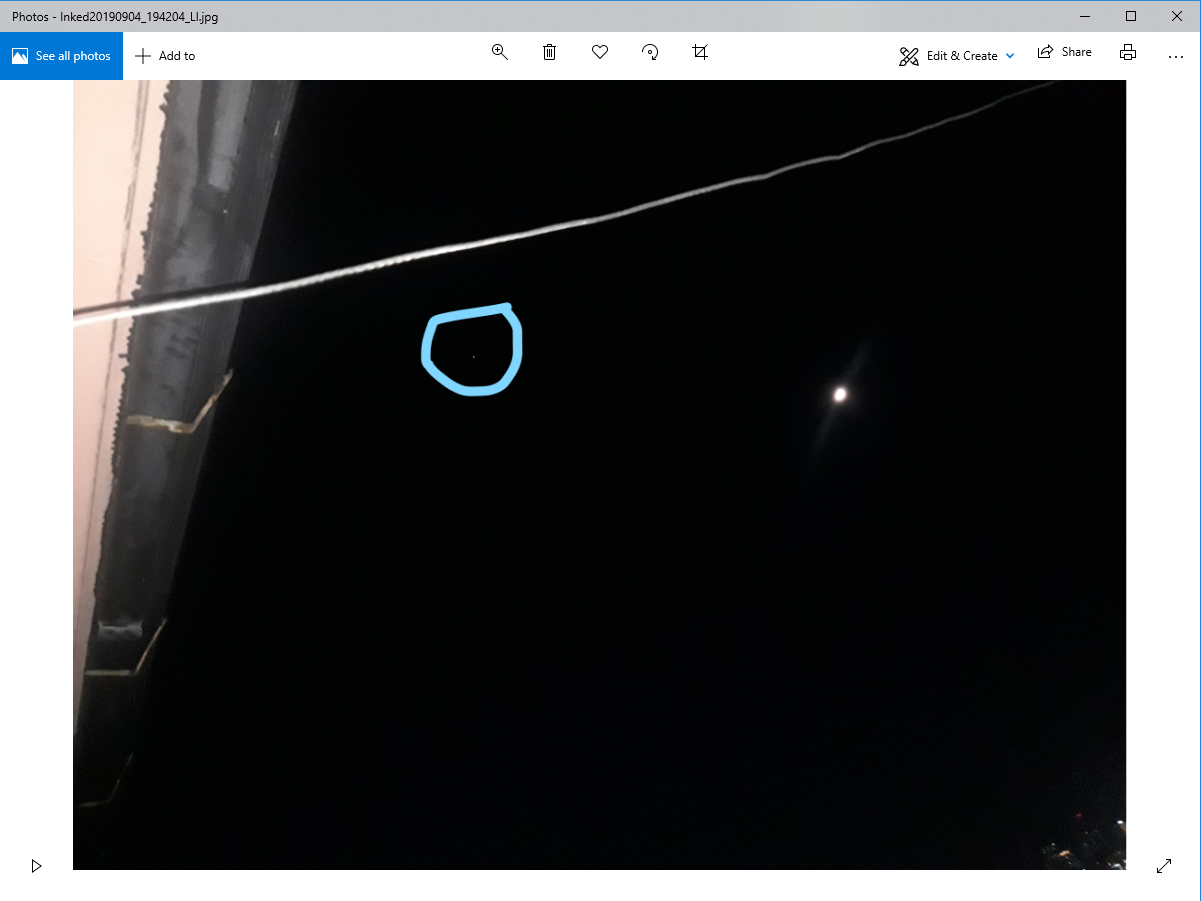 Almost certainly Jupiter, if the following are true: 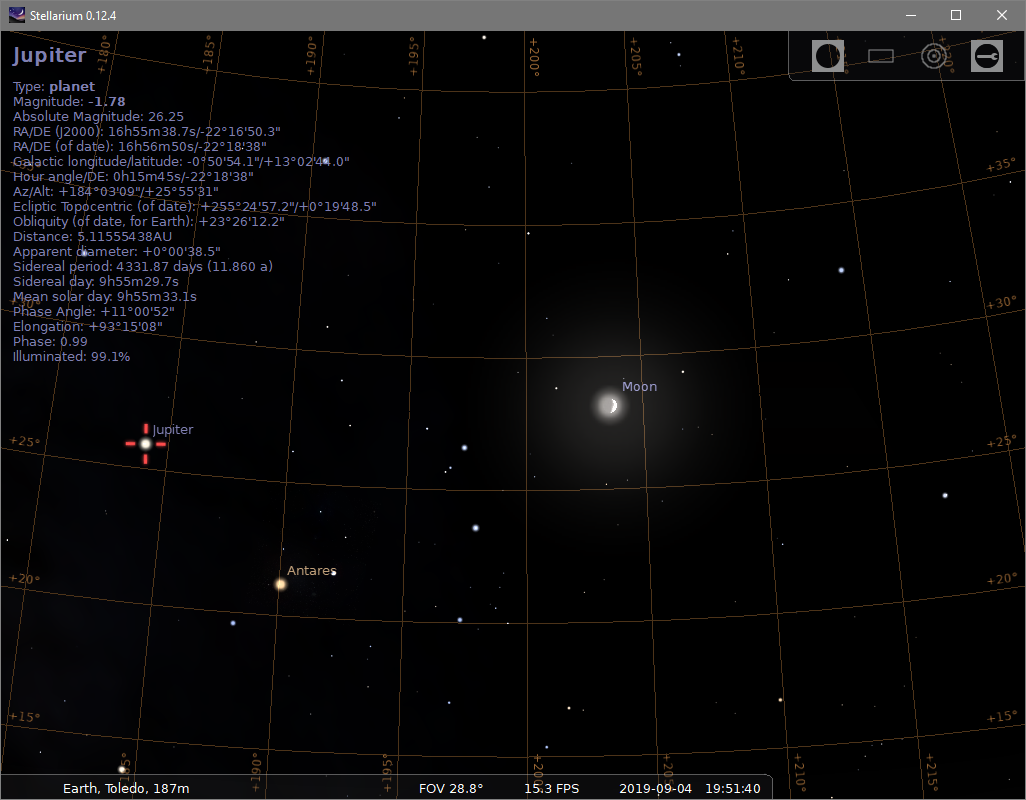 The Moon moves roughly 13° across the sky every 24 hours, so it's pretty close to the same region as the screenshot, assuming the local times are accurate. Jupiter's at apparent magnitude -1.78 in my screenshot, and the next brightest nearby object is to the moon the star Antares, which at magnitude +1.05, is significantly dimmer. Venus is brighter, of course, but at 7:45 PM on the stated date, it's sitting very close to the horizon, if it hasn't already set. Saturn would also be up at the time, but it's about 50° away from the Moon, and dimmer than Jupiter.

Not the answer you're looking for? Browse other questions tagged star planet the-moon space or ask your own question.

3
Could this three moons system be stable?
1
Can you identify this planet seen in the night sky?
4
So is there nothing like satellite anymore?
2
How do I know what I'll be able to see?
2
What bright body is next to the Moon in these photos of the ISS transiting the lunar disk?
2
What is the nature of "rock vapor" in this description of the formation of the Moon?
21
Does this smartphone photo show Mars just below the Sun?
1
What is this planet or satellite in this picture?
15
Is there a name for a planet and its moons/satellites?
10
What orbital period would produce one New Moon (and one Full Moon) each year? What other effects would this produce?