Where would an object fly to if it were to leave the gravitational field of Earth? And would it stop somewhere? What would happen to it?

The gravitational field of the Earth has not a border, what you can leave and there is weightlessness. Instead, going more and more far away from the Earth, so will its gravity weaker and weaker.

At some point, the gravity of other bodies (Moon, Sun, other planets) will be stronger than the Earths.

What will happen to a body which leaves the space where not the gravity of the Earth is the strongest, depends on the gravitational force of the other bodies of the solar system. These are also moving (mostly, orbiting the Sun and the moons are orbiting their planets), thus there is no general answer to your question.

For example, in the case of the Starman car (Elon Musk's Tesla shot into the space) will have this orbit in some centuries. Where will it be in millions of years, there are only probabilistic calculations. If the object did not left the Earth too quickly (it went only a little faster than the escape speed), then it it will likely start a roughly "random walk" between the orbits of the Venus and the Mars. This is what also most known asteroids are doing. 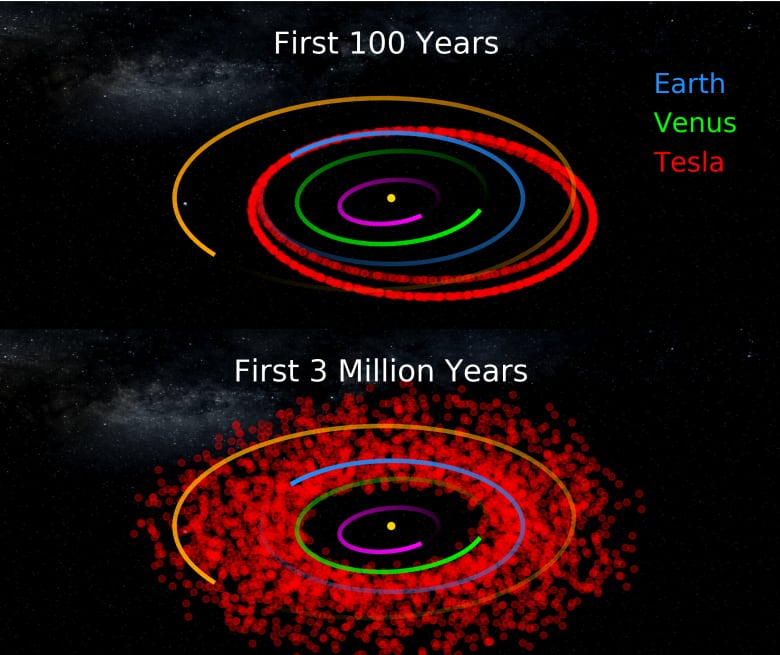 Not the answer you're looking for? Browse other questions tagged solar-system gravity or ask your own question.

10
What would happen if a body were to fall into a neutron star?
8
What would happen if Jupiter and Earth were at the same distance as the Moon is from Earth?
4
Collision of asteroid and gaseous planet - what would happen
4
“Official” time for other planets
7
If earth changed its orbit, what would happen to the moon?
5
Are the planets Trappist-1 in the solar system?
3
How far could be an object from the Sun and still be under the influence of its gravitational field?
14
Explain to a 4-year old why people below the equator are not tilted or suspended upside down
61
If a massive object like Jupiter flew past the Earth how close would it need to come to pull people off of the surface?
4
What would happen if a Sun-like star were to consume a Jupiter-like planet?